Ryanair pilots and cabin staff in Germany have been promised a works council inside the Irish airline by Labor Minister Hubertus Heil. The budget carrier claims to have reached a deal with Portuguese pilots. 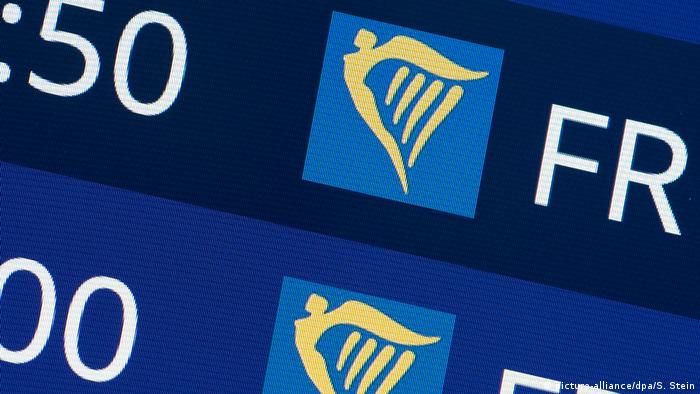 German Labor Minister Hubertus Heil vowed Friday to close a loophole in industrial relations law that currently excludes flight crews from having their own voice in company corridors unless specified in their collective employer-union contracts.

Visiting Ryanair staff in Frankfurt Friday, Heil said would ask parliament to remove the loophole from Paragraph 117 of the Works Constitution Act (Betriebsverfassungsgesetz) so that crews too could utilize Germany's widespread employee representation.

For months, Ryanair has faced strikes across Europe by aviation-sector unions demanding that it negotiate with them as industrial partners and reach collective agreements.

Heil warned Ryanair to drop its resistance to collective agreements, saying: "whoever behaves like that defies the entire federal government ... Exploitation must not become a business model in Germany."

Martin Locker, head of the pilots' union Cockpit said "employers use this loophole for their own purposes."

Workplace representation or co-determination was a "fixed component… of social freedom in our country," said Schummer.

Heil's visit to Frankfurt Airport, came nine days before a key election in the  state of Hessen, where the hub is located.

Ryanair announced, meanwhile, it had reached a deal with Portuguese pilots on contentious seniority and home base issues.

BALPA, the British pilots union, rejected that claim, saying Ryanair had got "itself a little bit over-excited" because members still had to discuss what he said only a "joint proposal."

"Until the members vote there is no agreement," said BALPA General Secretary Brian Strutton.

In September, Ryanair pilots staged walkouts across Europe, affecting tens of thousands of passengers. On Friday, two Belgian unions warned of several more days of strikes in Europe if Ryanair did not change its stance.

The Ryanair strike once again focuses attention on working conditions in the cockpit. And they are particularly harsh at the Irish budget airline, which even forces employees to pay for water when they work. (10.08.2018)