Almost 200 Ryanair flights across Europe won't take off as Ryanair staff in six European countries strike. The decision of the Cockpit pilots' union to join the strike will cancel 35-45 flights in and out of Germany. 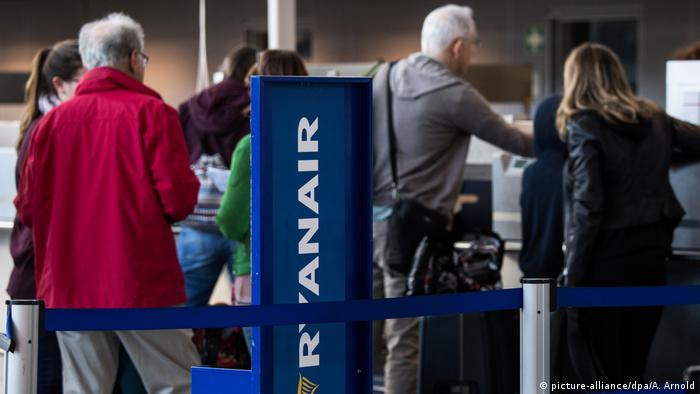 Irish budget airline Ryanair was bracing for staff walkouts in six European countries on Friday, with 40,000 travelers expected to be affected, including passengers in Germany.

Ryanair cabin crews in Germany, Belgium, Portugal, the Netherlands, Spain and Italy, as well as pilots in Germany, served Ryanair strike notices of the 24-hour walkout as they seek better pay and conditions.

The airline had already canceled 150 of the 2,400 European flights scheduled for Friday, but the announcement of strikes by pilots from Germany's Vereinigung Cockpit pilots' union (VC) has caused the airline to cancel additional flights.

Ryanair marketing head Kenny Jacobs said the decision by VC to participate would result in 35 to 45 flights to and from Germany not taking off.

Ryanair released a statement condemning what it called "unnecessary" strikes by the VC union.

The airline on Wednesday released a letter showing it had agreed to arbitration with the union with an implementation period of four to five weeks, compared to the five months VC had sought.

Ryanair staff have been pushing for higher wages and an end to the practice that has seen many work as independent contractors without the benefits given staff employees.

Some Ryanair staff across Europe want the airline to be answerable to local employment laws, instead of the employment law of Ireland, where it is based. 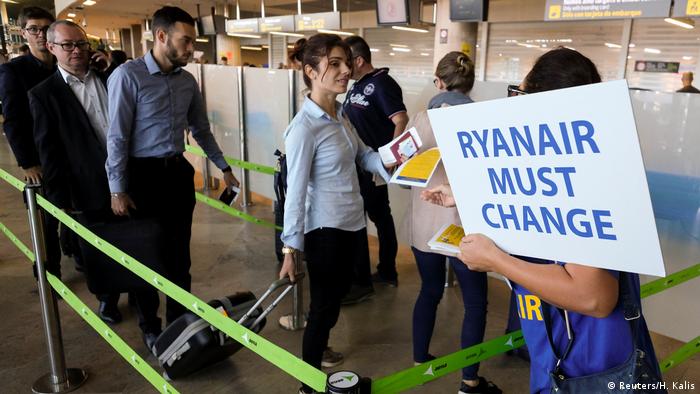 The Irish airline says it has made significant progress in recent weeks in negotiations, including reaching collective labour agreements with staff in Ireland, Britain, Italy and Germany.

Ryanair has just struck a three-year deal with cabin crew unions in Italy, with a key point being that staff based there can now get local contracts with associated benefits and rights.

Friday's strike will be the second biggest one-day strike after some 55,000 customers were put out in August when pilots in five European countries walked out during the peak of the summer holiday season.

All affected customers have received email and text message notifications to advise them of cancelations and options, Ryanair said.

Ryanair pilots are on strike, and that's a good thing. Holiday flights for just a few euros may sound like a good idea, but in reality they destroy the climate and society, says journalist Lars Halter. (10.08.2018)

Thousands of Ryanair passengers are facing travel disruptions as the airline's German pilots and cabin crew begin their 24-hour strike. The Irish carrier has canceled 150 flights to and from Germany. (11.09.2018)

The Ryanair strike once again focuses attention on working conditions in the cockpit. And they are particularly harsh at the Irish budget airline, which even forces employees to pay for water when they work. (10.08.2018)