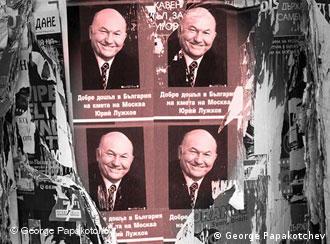 According to official results reported Monday, United Russia captured a wide margin in elections which are being widely viewed as a test of Russia's democracy.

Leonid Ivlev, a member of the Central Elections Commission, told reporters that the ruling party had garnered almost 80 percent of seats up for grabs in the 75 regional and local elections held up and down the country on Sunday.

Ivlev said Putin's party picked up 107 of the 135 regional seats and 189 of the 235 seats available in municipal legislatures.

They also emerged victorious in the eagerly-watched race for Moscow's city legislature. With 99 percent of votes in, the RIA-Novosti news agency reported a 66 percent win for United Russia.

Praise from the president

The opposition Communists were the only rivals to score any seats in the high-profile ballot, which only managed to attract a 35 percent voter turnout. 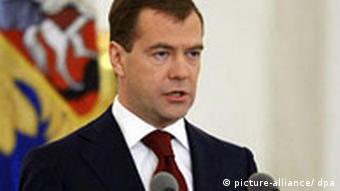 In comments on the United Russia party website, President Dmitry Medvedev told his country, which has been particularly hard hit by the economic downturn, that they had voted for the right party.

"Only together can we surmount the hardships of the financial crisis," he wrote, "and the vote obtained by United Russia demonstrates that we are together and this is most important."

He went on to say that the 30 million-strong electorate clearly knew what it wanted.

"Taking account that elections in the capital are practically federal ones, we can state that in the crisis situation voters have demonstrated they stay together with the ruling party."

But the liberal Yabloko party, which came away from the vote completely empty-handed, has made claims of systematic vote rigging.

Yabloko, which failed to reach the 7 percent hurdle in Moscow's local election, has condemned the 17-year-reign of Mayor Yury Luzhkov, accusing him of carrying out "one of the all-time election frauds in Russia's recent history."

On Sunday, while the ballot boxes were still open, Yabloko said it had received a "storm of calls" from the Moscow electorate, complaining that they were unable to cast their vote because someone else had already done so using their name.

"United Russia used so-called carousel voting," said Yabloko spokesman Sergey Mitrohin. "This time, it was busloads of soldiers and police that they took from one polling station to another and had them cast their votes for United Russia over and over. We also have serious reason to believe that the ballot boxes were stuffed with additional ballots." 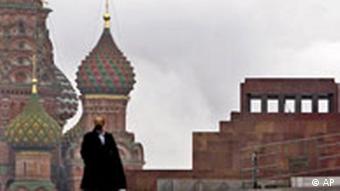 Yabloko and Communist Party representatives have already said they will contest the results of the municipal poll in court.

The independent election watchdog Golog has come out behind the opposition parties, and has said it will provide proof of fraud.

Earlier, head of the watchdog, Liliya Shibanova, lamented the lack of political competition in Russia. "Medvedev says we need competition, we need a multi-party system, but election results show the exact opposite," she said.

Chancellor Angela Merkel strongly condemned the murder of aid workers in Chechnya during her talks with Russian President Dmitry Medvedev. The latest killing was expected to overshadow talks on other bilateral issues. (13.08.2009)

On Wednesday, a Russian military court is retrying four men accused of the 2006 killing of journalist and human rights activist Anna Politkovskaya. But hardly anyone thinks the case will be truly resolved. (04.08.2009)