A strong majority of Russians approve of Stalin's rule, and young adults have never heard of his Great Terror campaign. Now, YouTube star Yury Dud's film about the legacy of Stalinist repressions is shaking the country. 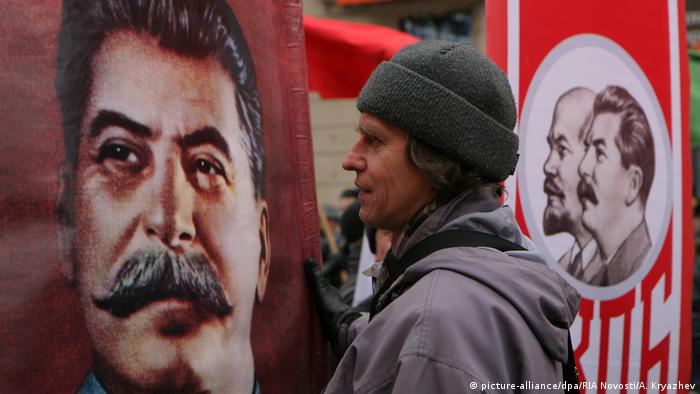 In an April 2019 poll, a record 70% of Russians said Stalin's rule was positive

"I don't know about you, but all my life, I've been hearing my parents say: 'Be careful, don't attract unnecessary attention, it's dangerous. And, besides, we're simple people — we don't decide anything.' My parents are wonderful people," says Yury Dud in his film Kolyma: The Home of Our Fear. "But I wanted to understand: Where does the older generation's fear come from? Why are they convinced that acts of courage, no matter how small, are bound to be punished?"

Those questions are the starting point of the Moscow YouTuber's 2 1/2-hour movie, in which he investigates the Russians' "primal fear" of authority — and how it has led to political fatalism and social passivity in the country.

Dud sees the roots of this fear in the terror of Stalinism, that darkest yet still largely unresolved chapter of 20th-century Russian history. More than 16 million innocent people were forced to work in inhumane conditions in work camps where they were deprived of their freedom and their health. It is estimated that at least 2 million were killed as political prisoners or for simply belonging to ethnic minorities. However,such figures remain incomplete and unreliable as many secret archives are still closed to research today.

During Stalin's rule from the mid-1920s until his death in 1953, much of the country was paralyzed — especially after the mass killings associated with the Great Terror in the late 1930s.

And since Russia has never dealt with the dictator's legacy in a critical way, Stalin has remained an ambivalent figure to this day — especially among older Russians. The dictator is, for example, associated with both an internal genocide, but also with the victory of World War II.

But Yury Dud is not aiming to reeducate his parents' generation. Rather, his target group is younger Russians. The Kolyma project was created in reaction to a survey that found that over half of Russian citizens aged between 18 and 24 had never heard of Stalin's repression. No wonder: School textbooks and mass media all avoid the difficult topic. "We took that as a challenge," says Dud in the intro to his film.

But who is this 32-year-old YouTuber who's decided to reopen old wounds? 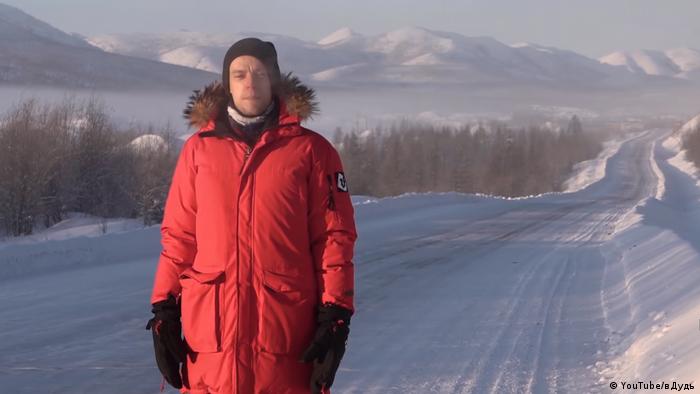 "Kolyma is not our past": Dud traveled through Russia to collect testimonies

Dud is a wunderkind of the Russian media world. Already in his early 20s, the lanky young man who couldn't pursue a career in football because of his asthma made a name for himself as a sports journalist.

But Dud wanted more, and he went on to become one of the top names of Russian digital journalism. His interview show, vDud, has been running since 2017 on his own YouTube channel, which has since accrued 5.6 million subscribers. The cynical, witty and always well-prepared interviewer spares no one, from the pro-Kremlin filmmaker Nikita Mikhalkov to the opposition politician Alexei Navalny. A conversation is always a duel for Dud, and its outcome remains undecided until the last minute.

With Kolyma,Yury Dud again explores new territory. His investigation leads him to historians and local researchers, but also to the descendants of the victims of terror.

Among them is Natalia, the daughter of Sergei Korolev. The scientist and space pioneer was tortured and imprisoned during the Great Terror, the campaign of political repression in the Soviet Union from 1936 to 1938. With breathtaking precision and forcefulness, the now elderly woman recalls in the film how her family was treated and how she suffered as the child of a "traitor." 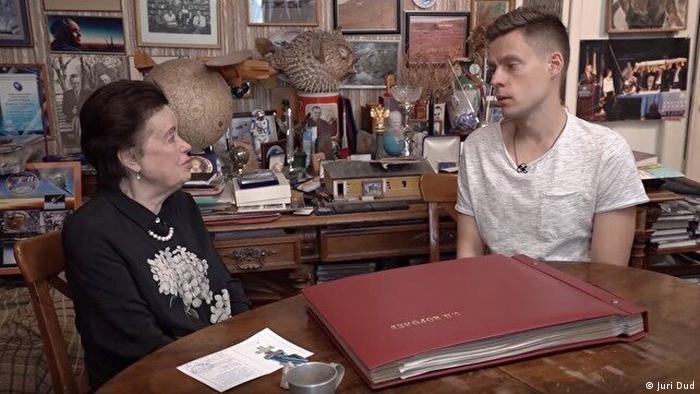 Dud also travels to the sites associated with Stalinist terror, covering with his team 2,000 kilometers from the town of Magadan on the Pacific Ocean through the icy landscape to Yakutsk, along the Kolyma River and its homonym highway, which was built by gulag inmates. Kolyma Highway is also known as the Road of Bones, as the remains of thousands of people who died during its construction were buried beneath the road itself. The name "Kolyma" has therefore become synonymous with Stalin's concentration camp system.

With its road movie scenes, the film's humorous moments with locals break up the episodes of horror. Why would anyone want a popsicle at minus 50 degrees (minus 58 Fahrenheit)? "Ice comes out of the freezer and is only minus 15 degrees cold — so it warms me up!" jokes one young protagonist living in the extremely cold area.

"Fear is a sticky substance; it's very hard to get rid of it," says Efim Shifrin in Kolyma. The renowned actor and comedian is also the son of a terror victim in the far eastern port town of Magadan, and he reveals in the movie that his entire life has been affected by this internalized fear.

"Kolyma is not our past, it is our present," says Yury Dud at the end of his film. "Fear is the main enemy of freedom." Liberation can only be achieved by acknowledging the past and respecting each other. "This is the only way we can make our country fit for the future."

"Yury, forget the celebrities — fill the internet with historical work, that's what we need now!" comments one viewer, a representative voice among the 15.1 million others who had already watched Kolyma by mid-June.

Russia bans 'The Death of Stalin' from movie theaters

The film sheds a comic light on the power struggle after Joseph Stalin's death in 1953. A group of officials and film directors said the film was "extremist" and "aimed at humiliating the Russian people." (23.01.2018)

The Russian government has banned screenings of a British comedy about Josef Stalin. In doing so, it incapacitates the Russian people and stifles any possibility of dealing with the past, says DW's Miodrag Soric. (25.01.2018)

"The Death of Stalin," which hits theaters in Europe and North America this month, makes light of one of the 20th century's most brutal dictators. Banned in Russia, the film is likely to strike a chord abroad. (29.03.2018)

Russia marks 75th anniversary of Stalingrad with parades and nostalgia

Moscow has increasingly capitalized on the unifying memory of the Soviet Union’s defeat of the Nazis at Stalingrad. The 75th anniversary comes ahead of presidential elections in two months. (02.02.2018)

A young Kenyan entrepreneur is offering solutions to the film and music industry by making customized equipment from scratch. Paul Kihuha can make anything and everything for film production using local scrap metal. The genius dropped out of school but was lucky to tap into creative training from his father who was a blacksmith.