Russian authorities detained several suspects after huge amounts of crude oil were found to be tainted. Roman Ruzhechko, the man charged with the alleged conspiracy, has sought refuge in Lithuania. 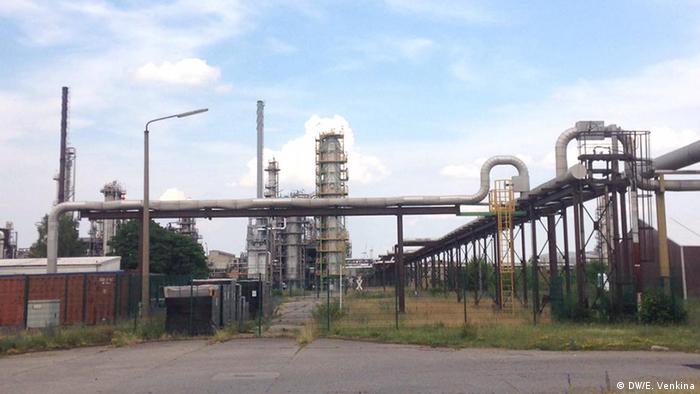 A Vilnius court ordered a three-month detention for Russian national Roman Ruzhechko, who had asked for political asylum in the country, Lithuanian authorities said on Friday.

Russian prosecutors believe the 40-year-old oil executive was one of the masterminds of an alleged conspiracy which disrupted oil deliveries from Russia to the west, including Poland and Germany. In April, officials found that millions of tons of crude oil were polluted with organic chloride. The scandal caused the massive Druzhba pipeline to be blocked for weeks. Russia has pledged to pay compensation, which might reach billions of dollars.

Ruzhechko was arrested in Lithuania two days ago on a Russian-issued international warrant. Russian authorities also arrested four other people and put five under house arrest over the scandal. In addition to Ruzhechko, a CEO of a minor oil transport company Samartransneft-Terminal, Russia also issued an international arrest warrant for the founder of oil company Petroneft, Roman Trushev.

Talking to DW in April, Trushev said that the investigation against him was "looking for scapegoats." He added that the amount of oil delivered by his company was too small to do this much damage.

"I don't understand what this has to do with me," Trushev said in an online interview, without disclosing his location to DW's Russian service.

Read more: The dark side of Russian oil

The prosecutors say Trushev and Ruzhechko directed the conspiracy, but did not provide details which led them to this conclusion.

A lawyer of Ruzhechko's said there was nothing in the files to prove his client's guilt.

After Ruzhechko asked for protection in Lithuania, local officials said that a foreign country can asked for his extradition within the next 40 days.

The small ex-Soviet state has already clashed with Russia over a similar case in 2006, when it refused to extradite a former employee of Mikhail Khodorkovsky's YUKOS oil empire. The lawyers for banker Igor Babenko argued that the fraud charges against him in Russia had been politically motivated. A Lithuanian court eventually granted Babenko a political asylum.