A Russian rocket carrier has crashed in Siberia shortly after its launch, the Interfax news agency reported. The recent numbers of accidents has tarnished the reputation of the Russian space industry. 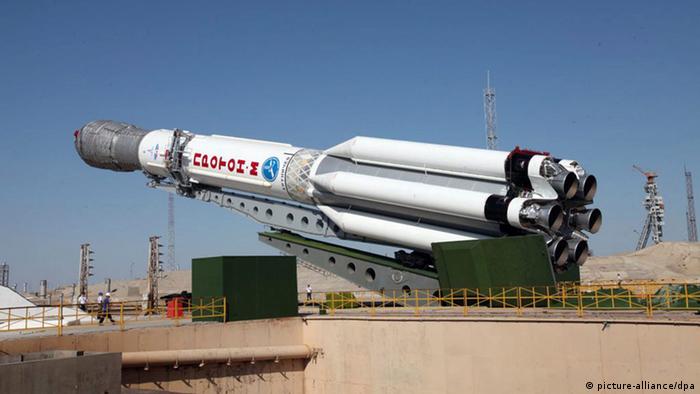 The Interfax news agency reported on Saturday that the Russian Rocket, Proton M, carrying a Mexican Satellite crashed in a sparsely populated area of Siberia.

It was not immediately clear if there was any damage caused by the crash in the Chita area of southern Siberia where the rocket came down, the report said.

According to Russian space experts, the rocket may have been carrying up to 10 tons of toxic fuel.

The rocket was lost after taking off ffrom Baikunor for the International Space Station in Baikonur in the central Asian Republic of Kazakhstan.

The satellite on board the rocket carrier was intended to serve Mexico and other parts of South America.

The Russian Federal Space Agency, Roscosmos, reported that in a separate space failure on Saturday, the Russian spacecraft Progress failed to ignite its engine and to adjust the orbit of the International Space Station just a few hours before Proton's crash.

According to Russian media, the lives of the crew are not in danger.

The Interfax news agency, however, quoted industry sources saying the crash could result in the suspension of all upcoming Proton-M launches, including the next one in June for a British satellite.

Russia's space program, which pioneered space exploration with the launch of the first satellite and the first man into space, has experienced a troubling number of accidents in recent years. This is the latest breakdown to hit Russia's troubled space industry.

Twice on Monday, the seven current occupants of the International Space Station had to go into a docked spaceship, fearing the possible impact of space debris.