Russia's Roscosmos space agency is scrambling to regain control of the Progress M-27M vessel, currently unresponsive in earth's orbit. It could take over a week for it to tumble into the atmosphere, probably burning up. 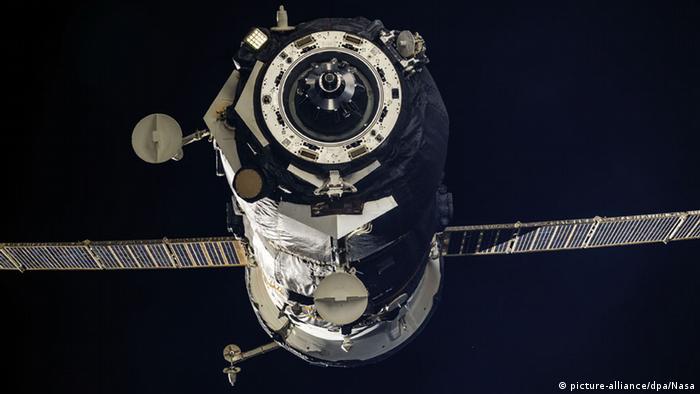 Officially, Russian authorities are yet to give up hope of regaining control over the unmanned Progress M-27M, designated by NASA as Progress 59. Contact was lost with the ship - originally scheduled to dock with the International Space Station on Thursday, April 30 - soon after its launch on Tuesday. The launch went off without a hitch.

News agency AFP quoted a Russian official familiar with the situation, who declined to be named, as saying that mission control had lost genuine hope of re-establishing communication with the ship.

"It has started descending. It has nowhere else to go," the official was quoted as saying. He added that it was clear that "uncontrollable reactions have begun," saying that two more planned attempts to restore contact would be undergone "to soothe our conscience."

Progress is currently traveling at 4.64 miles per second (nearly 17,000mph, more than 28,500km/h) and spinning out of control, rotating a full 360 degrees every five seconds.

It could take between seven and 10 days to tumble back towards the earth.

Low odds of damage below

Even though the craft appears to be on an uncontrolled collision course with the earth below, any danger to people on the ground is negligible: most, perhaps all, of the vessel should burn up during its uncontrolled re-entry into the atmosphere; should any parts make it down to the planet's surface, then roughly two-thirds of the earth's land mass is water, and built-up urban areas comprise less than five percent of the actual land.

The vessel had been set to dock with the ISS on April 30, bringing cargo for the crew of six currently aboard. NASA said that the missed delivery would pose no danger to the astronauts and cosmonauts on the ISS.

The Progress vessel was carrying "1,940 pounds (880 kilos) of propellant, 110 pounds of oxygen, 926 pounds of water, and 3,128 pounds of spare parts, supplies and scientific experiment hardware," bound for the International Space Station, NASA said.

It was also carrying a copy of the Soviet Victory Banner flag, the red flag three Red Army soldiers raised above the Reichstag building in Berlin on May 1, 1945. The Russians aboard the ISS were scheduled to wave the flag as a greeting to those on the ground on the May 9 Russian commemorations of Germany's capitulation at the end of the World War II, 70 years ago.

The next cargo delivery, by private company SpaceX, is currently scheduled for June 19.

Russian spacecraft plunging back to Earth

"Progress" was carrying supplies for the ISS space station. Now, the unmanned space craft is out of control and plunging back to Earth. (29.04.2015)