After the collapse of the Soviet Union, hundreds of thousands of Jews left the region. The Jewish Museum in Munich is taking a closer look at the personal struggles and successes of those who came to Germany. 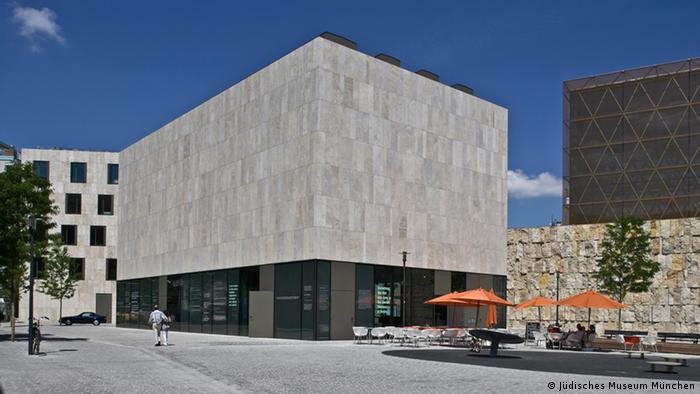 They arrived with high expectations and big hopes - and plenty of rumors which they had heard before they left.

"We thought Germans ate bird food with milk for breakfast," recalled one immigrant from the former Soviet Union. The personal testimonies of Russian-Jewish émigrés are the focus of an exhibition currently running in Munich's Jewish Museum. Arriving in Germany, everyday life suddenly was, at least at first, a sequence of strange experiences and contradictions.

These testimonies reveal the immigrants' bemusement at German uncouthness, but also respect for their propriety. "People here go to the theater in jeans. That would have been unthinkable in Russia," commented author Lena Gorelik, adding, "The subway stations don't have turnstiles, but the people still buy tickets."

Born in Leningrad in 1981, Lena Gorelik came to live in the German state of Bavaria in 1992. She vividly remembers the nine large bags her family brought with them - but most important was the small case with their money and documents. 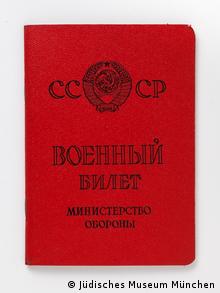 A military ID from 1964 for a nurse in Moscow

"We arrived in a country we did not know. We had heard the most absurd rumors, like how expensive school notebooks were in Germany, so we brought stacks of them with us," remembered Gorelik.

Lena Gorelik helped work on the exhibition, which sheds new light on the memories and experiences of the 230,000 immigrants with Jewish backgrounds - so-called quota refugees - who came to Germany after the disintegration of the Soviet Union.

The exhibition displays objects that 15 of the immigrant families brought with them. Among the collection is a flute that once belonged to a grandfather who grew up in a village in Belarus and there is a Hebrew-German Bible from Tashkent in Uzbekistan. There is also a gramophone record with Yiddish music from 1956 that was only safe to play again three years after Stalin had died and a silver spoon from the mid-19th century that had been passed down by through generations by the women in the family.

Text panels and excerpts from personal interviews with the immigrants accompany the objects, giving visitors the chance to find out more about the complex reasons immigrants had for their relocation in the early 1990s.

There was the political instability of the recently collapsed Soviet Union, a failing health care system, fear of environmental catastrophes like the Chernobyl nuclear disaster, and, above all, a burgeoning radical nationalism and, in its shadow, a new and threatening anti-Semitism.

A journey to the unknown

The exhibition also focuses on what it meant to be Jewish in the former Soviet Union - in an anti-religious environment, where the Soviet Union's ethnic and religious minorities were oppressed and Jewish culture and traditions were taboo.

"Jewish" was treated as a nationality like Ukrainian or Russian and was noted in residents' passports. Synagogues fell into disrepair or were used for other purposes. The refugees longed for a freer life in a more open society, though many were ambivalent about their new homeland.

"For some, Germany was the country where the Nazis came from, while for others, it was the cultural nation par excellence," said Lena Gorelik. "They had read Heine and Hesse, and brought their Russian translations of these classics with them." 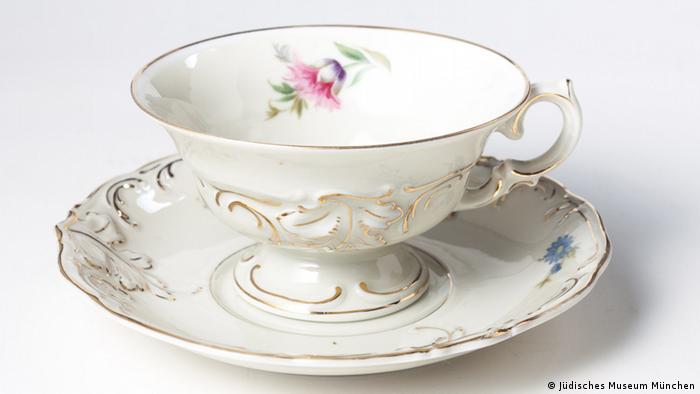 The immigrants brought family treasures with them, like this teacup made in 1937 in Riga

The changing art of memory

Besides the many practical problems the refugees faced in daily life such as learning the language and finding accommodations and employment, they also had to cope with the process of cultural integration.

Lena Gorelik put it like this: "Here, two worlds came together. Many of the Russian-Jewish immigrants had fought with the Red Army in the Second World War and felt they had defeated the Germans. Here, they encountered a culture of victimization - Jews who defined themselves in terms of their families' experience in the Holocaust, an issue that had been officially suppressed in the Soviet Union," she said.

The Munich exhibition is nothing more and nothing less than a snapshot, say curator Jutta Fleckenstein and her assistant Piritta Kleiner. They refer to it as a "memory space" created with the participation of the immigrants themselves. It honors the lifetime achievements of these people, while also mirroring the feelings of the younger generation, who manage to live "transnationally," switching between multiple cultural identities.

To emphasize this aspect, Lena Gorelik brought to the exhibition a small Christmas tree decorated with a red Soviet star. "For me, the tree symbolizes how the Russian, German and Jewish cultures come together in everyday life. You can see that during the December holidays - Hanukkah, Christmas and the Russian New Year's Eve. I celebrate all three holidays."

Germany's government plans to pass legislation that would ensure that cirumcision may be carried out for religious reasons. A German court decision had sparked outrage in the country's Jewish and Muslim communities. (13.07.2012)