Russia's economic development minister Alexey Ulyukayev has been detained on suspicion of accepting a bribe in relation to an oil company deal. He faces up to 15 years in jail. 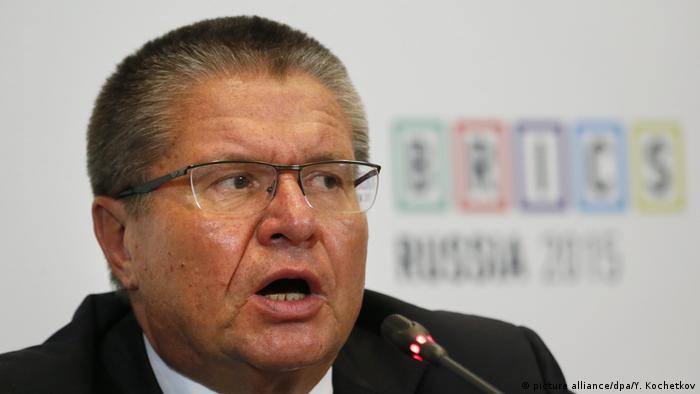 Russian Minister of Economic Development Alexey Ulyukayev is suspected of accepting a bribe of $2m (1.8 million euros) for issuing a "positive" assessment of the Bashneft oil company, formed by the transfer of the oil related assets of the Soviet oil ministry in Bashkortostan. Half of Bashneft was bought by Rosneft, the integrated oil company majority owned by the Government of Russia. Rosneft is headquartered in Moscow's Balchug district near the Kremlin.

The TASS Russian News Agency reported on Tuesday morning that the Russian Investigative Committee (IC) had confirmed "The minister has been detained. Investigators plan to indict Alexey Ulyukayev and petition the measure of restraint soon."

"The circumstances of the crime are connected with Alexey Ulyukayev who holds a government post in the Russian Federation receiving $2 million on November 14 for the positive assessment provided by the Economic Development Ministry that allowed Rosneft to complete the deal on purchasing the government's 50 per cent stake in Bashneft," IC spokesperson Svetlana Petrenko said.

Ulyukayev said on Monday of last week that Russia would sell a state stake in the Rosneft oil giant using the firm's October 11 share price ($11.75 billion). The proceeds were to be forwarded to the state budget through dividends from Rosneftegaz before mid December.

"The minister has been detained. Investigators plan to indict Alexey Ulyukayev and petition the measure of restraint soon," Petrenko added. "The criminal case was opened based on Part 6 of Article 290 of the Russian Criminal Code, receiving a bribe in especially large amounts," she noted.

The minister also predicted last week that fourth-quarter figures for the Russian economy would be "visibly" more positive after more than two years of contraction. Figures released on Monday showed the economy was still flatlining after a year-on-year contraction of 0.4 percent in the third quarter. The Russian economy plunged by 3.7 percent in 2015.

In his first comments on the document leaks, Putin has denied any involvement in corruption. Although not directly mentioned in the documents, media outlets have sought to implicate Putin through his associates. (07.04.2016)

What comes after pariah in the league of nation states? Fiona Clark looks at where the rhetoric around Russia's actions in Syria could lead. (14.10.2016)