Russian crew docks at ISS to film movie in space

The team will be in space for 12 days to record scenes for a feature film titled "Challenge." The Kremlin hopes the project will instate Russia as a pioneer in space. 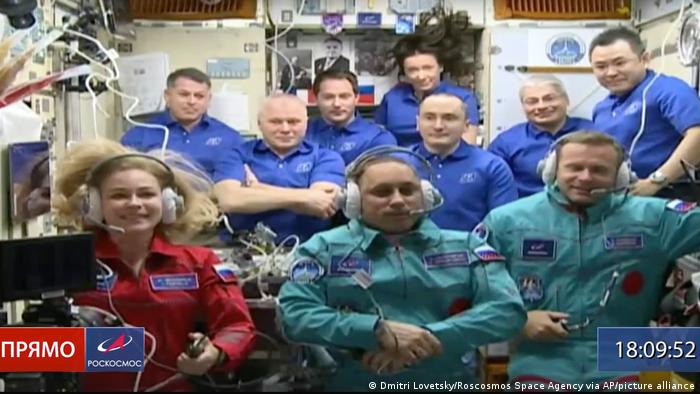 A Russian actor and a film director on Tuesday docked at the International Space Station (ISS) on a mission to make the world's first movie in orbit, ahead of a film planned by the United States.

Actor Yulia Peresild and director Klim Shipenko blasted off in a Soyuz spacecraft together with cosmonaut Anton Shkaplerov, a veteran of three space missions.

The Roscosmos space agency released photos of the launch from the Baikonur facility in Kazakhstan. 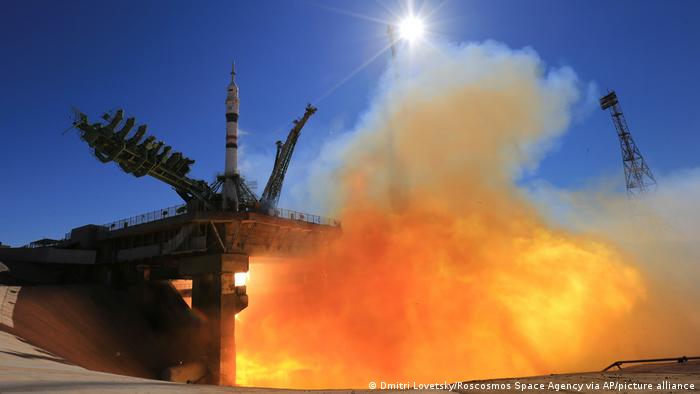 Immediately after docking, filming was to start, as Peressild said before the launch.

Peresild and Shipenko will spend 12 days in the ISS filming segments of a new movie titled "Challenge."

Peresild will play the role of a surgeon rushing to the space station to save a crew member who suffers a heart condition.

"We have been pioneers in space and maintained a confident position,'' Peskov said. "Such missions that help advertise our achievements and space exploration in general are great for the country.''

In comments on Monday ahead of the launch, Peresild said training for the project had been challenging.

"It was psychologically, physically and morally hard,'' she said. "But I think that once we achieve the goal, all that will seem not
so difficult and we will remember it with a smile.''

Shipenko will complete the shooting on Earth after filming scenes for the movie on the ISS.

Last year, US space agency NASA said that it was sounding out actor Tom Cruise and Elon Musk's SpaceX about potentially shooting a feature-length film in space.