Russian company plans to set up a hotel in space | Science| In-depth reporting on science and technology | DW | 19.09.2011

Russian company plans to set up a hotel in space

Orbital Technologies plans to set up a hotel in space by 2016 and offer space tours to Mars by 2030. Experts say it's technically feasible, but will be very expensive. 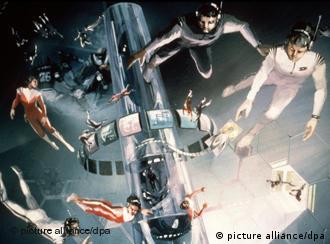 Floating through space - one of mankind's eternal dreams

By 2016, Orbital Technologies, a Russian space firm, says wants to have set up a comfortable space hotel for tourists. The first module, the company announced several weeks ago, will measure about 20 cubic meters, have four cabins and will be able to host up to seven passengers.

Orbital Technologies is a subsidiary of partly state-owned RKK Energia, which had helped send space tourists to the International Space Station until last year.

"It will be designed and built in such a way that will provide the most comfortable conditions possible for the tourist's space stay," Kostenko added. 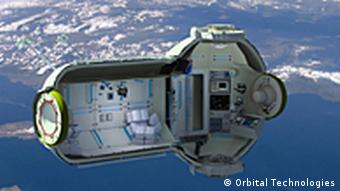 Room with a view: The offer is aimed at wealthy individuals

The hotel will be aimed at wealthy individuals and those working for private companies who want to do space research. Initially, the cost for a trip to the hotel will amount to between $50 and 60 million, (37 and 44 million euros).

"This is about the same cost as a flight to the International Space Station," said Kostenko, "after that, the cost should drop."

The company estimates costs for a five-day stay at the orbital hotel to amount to around $1 million.

The proposed hotel will be more comfortable than the International Space Station, according to company officials, but it will not be luxurious. Visitors to the hotel will have to use vacuum toilets, take sponge baths and eat space food.

Despite the inconveniences, many are already intrigued by the idea of trying out outer space.

"I would like to take the flight," said Anastasia, a Moscow woman, who did not want to give her last name, "But only if it becomes more accessible in price, then I'll definitely take it."

Economics the problem, not politics

Russia is the only country ferrying astronauts to the space station since the U.S. space agency retired its shuttle fleet in July. NASA is working with several commercial companies to develop a new spacecraft for ISS flights. 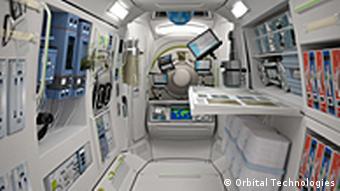 Whether or not Orbital Technologies will manage to reach its goals of opening the orbital hotel by 2016, however, is still up in the air, say experts, due to a lack of funding.

"Of course we would like to resume this program," the head of Russia's Federal Space Agency, Anatoly Perminov, admitted on state-run television, "Unfortunately, we are unable to do it now, and we won't be able to do it until even 2017."

Technical feasibility is not the problem, according to Alan Smith, a professor at the Mullard Space Science Laboratory in the UK, who addressed the investment issue on Russia's English language television station recently.

"All these things are absolutely technically feasible," he said. "It is whether or not you can get investment to do it."

Smith called on the international community to collaborate in order to limit individual expenses.

"The scientists are of course irritated by this, but the politicians have to bear it in mind. It's economics more than politics." 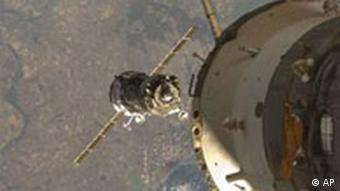 So far, it's been mostly supplies to the ISS, but Russian Soyuz spacecraft can also carry tourists into space

However, Russia has grounded its Soyuz rockets until November, after an unmanned cargo vessel headed for the ISS failed to reach orbit and crashed in Siberia. It was the 44th launch of a Progress supply ship to the space station, and the first failure in the nearly 13-year life of the complex.

While the International Space Station has more than enough supplies, the accident threatens to delay the launch of the next crew, just one month away. The upper stage of the unmanned rocket which failed is similar to the ones used to launch astronauts to the station.

Russia to invest in space program 50 years after Gagarin

Exactly 50 years ago, Russia's Yuri Gagarin made history as the first human to travel into space. But following the US moon landings, it fell behind in the space race. Now Moscow hopes to be number one again. (12.04.2011)

Astronaut talks about the future of space

Along with sharing his own experiences in space, former astronaut Thomas Reiter recently offered his take on the future of private space travel, the prospect of inhabiting the moon, and the viability of travel to Mars. (22.11.2009)

Instead of swimming or hiking on your next holiday, why not try soaring through space? British entrepreneur Richard Branson's firm Virgin Galactic wants to make it happen, but opinions are divided. (28.07.2008)