Sergey Lavrov has weighed in on the case of a Russian-German teenage girl who alleges she was kidnapped and raped by migrants in Berlin. German police so far reject the girl's version of events. 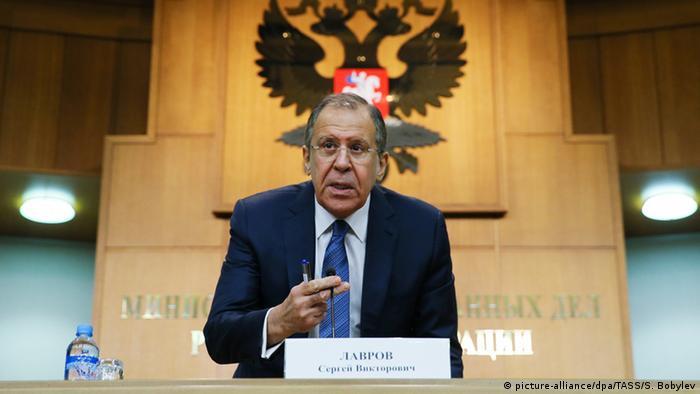 Russian Foreign Minister Sergey Lavrov demanded a full explanation from German authorities during his annual address on Tuesday, saying it was clear the 13-year-old didn't "voluntarily disappear for 30 hours."

"The information was covered up for a very long time during her disappearance for some reason," Lavrov said during the press conference in Moscow.

The student from Berlin-Marzahn, identified only as Lisa, was reported missing on January 11. She resurfaced around 30 hours later and filed a police report claiming to have been abducted by three men at a railway station in eastern Berlin. She was allegedly taken to an apartment where she was beaten and sexually assaulted. According to German media, the teen described the men as coming from "southern countries and speaking broken German."

German police have repeatedly stated there was no evidence of kidnapping or rape. Martin Steltner, a spokesman for the prosecutor's office, told Berlin's RBB public radio on Monday there were only indications of "consensual sexual contact." He didn't comment on whether the office would investigate alleged perpetrators for having sex with a minor, which can be punishable by law.

RBB reports Steltner as saying that one of the men was Turkish, and the other a German with Turkish roots.

The case has sparked outrage, with Russian media and members of the far right accusing police of attempting to cover up crimes committed by refugees. Some have also drawn comparisons with German police's initial silence after sex attacks on hundreds of women in Cologne on New Year's Eve. Most of those assaults were allegedly committed by men of North African and Arab origin.

In his address, Lavrov said he hoped "migration problems" wouldn't drive authorities to "paint over reality with political correctness."

"Truth and justice must prevail," he said, adding that Moscow was working with the girl's lawyer, her family and the Russian embassy.

In the days following the girl's disappearance, Russian TV claimed she was held for 30 hours as a sex slave by several foreigners. The pro-Kremlin channel NTV went so far as to say that "in Germany and in Sweden, residents are regularly raped by refugees … but the local authorities and police hide these facts and do not open criminal investigations."

The case prompted hundreds of Russian Germans to protest in Berlin over the weekend, calling for their children to be protected from "migrant violence." They were backed by supporters of "Bärgida," the Berlin branch of the Pegida movement.

More than 1 million asylum seekers arrived in Germany last year and Chancellor Angela Merkel has come under growing pressure over her welcoming stance to refugees.

Some 4 million people in Germany have Russian as a mother tongue - Russians of German heritage, Russians, Jews. Most just tend to their gardens, but some tend to the bees in their bonnets, says Alexander Warkentin. (25.01.2016)