The French deputy ambassador to Mosow has been summoned following the arrest of Suleiman Kerimov in Nice. The Russian oligarch and senator is accused of tax evasion. 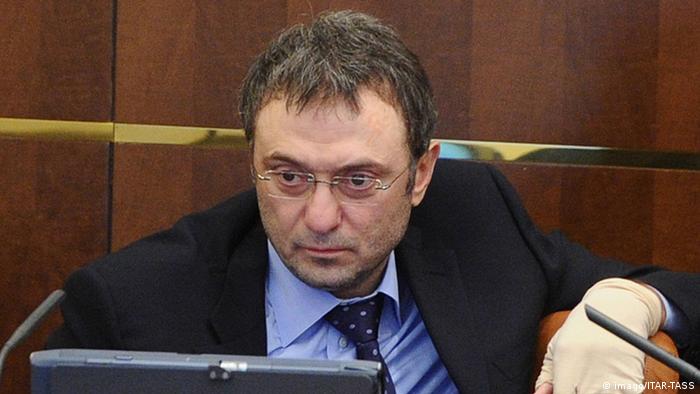 The Kremlin meanwhile added it would spare no effort to defend the rights of Suleiman Kerimov, a Russian businessman and lawmaker who was arrested at Nice Cote D'Azur International Airport in connection with a French tax evasion case.

Meanwhile a French public prosecutor said that the 51-year-old billionaire would be presented to a judge with a view to formally being placed under judicial investigation - a decision that oftens results in trial under French law.

Shares in Russia's biggest gold producer, Polyus, which is controlled by Kerimov's family, fell by more than 2 percent following the news of Kerimov's detention.

According to a French judicial source, Kerimov is accused of tax evasion by purchasing several luxury residences on the French Riviera using shell companies - something that would have enabled Kerimov to reduce taxes owed to the French state.

Meanwhile in Russia's lower house of parliament, lawmaker Rizvan Kurbanov said there was no information on why Kerimov was being held, asking the Russian foreign ministry to intervene with French authorities on the oligarch's behalf.

"We have still not received from the French authorities any explanation of the reasons for the detention of our colleague," Kurbanov told parliament.

"All this testifies to an unprecedented demarche by the French," he said, adding that he hoped the Russian foreign ministry would issue a formal protest.

The billionaire from Dagestan

Kerimov's fortune peaked at $17.5 billion (€15 billion) in 2008 before slumping to $3 billion the next year, according to Forbes magazine, due to so-called margin-calls on his assets triggered by the 2008 global financial crisis. Forbes still ranks Kerimov as Russia's 21st richest businessman with a current fortune of $6.6 billion.

Earlier this year, Russian President Vladimir Putin signed a decree giving Kerimov the state award "For Services to the Fatherland, second class" for his contribution to Russian parliamentary life.

Suleiman Kerimov has represented Dagestan as a senator in the upper house of Russia's parliament since 2008.

London has said it is ready to force Mikhail Fridman to sell his recently acquired oil and gas fields in the North Sea. Downing Street has given the Russian billionaire one week to make his case. (05.03.2015)