According to US media reports, Russia has asked Beijing for military equipment to use in its invasion of Ukraine. Chinese and US diplomats are due to meet on Monday to discuss the war in Ukraine. 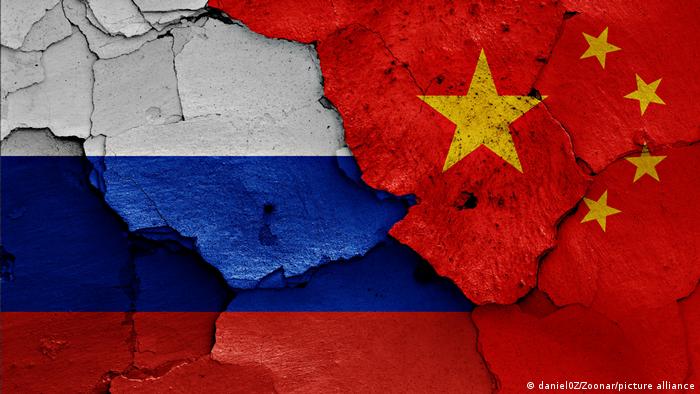 Russia has asked China for military and economic aid in its war in Ukraine, US media reported on Sunday.

Hours earlier, the White House said that China would face severe consequences if it helps Moscow evade sanctions. Beijing has so far declined to directly condemn Russia's invasion of Ukraine.

US and Chinese diplomats are due to meet on Monday in Rome.

What did the officials say?

The New York Times quoted US officials as saying that Russia had sought economic assistance from China as a way to deal with crippling Western sanctions.

A US official, speaking on condition of anonymity, told the AP news agency that in recent days, Russia had requested support from China, including military equipment, to press forward in its ongoing war with Ukraine.

When asked about the reports, the Chinese embassy in Washington spokesperson Liu Pengyu said, "I've never heard of that."

Pengyu told reporters that the situation in Ukraine was "disconcerting" and that China's priority was to prevent it from "escalating or even getting out of control."

War on Ukraine has called out China: DW's Clifford Coonan

National Security Advisor Jake Sullivan and Chinese diplomat Yang Jiechi "will discuss the ongoing efforts to manage the competition between our two countries," according to a statement by National Security Council spokesperson Emily Horne.

The two officials will also "discuss the impact of Russia's war against Ukraine on regional and global security," Horne said.

"I'm not going to sit here publicly and brandish threats," Sullivan said in an interview for CNN, referring to a potential US reaction to Chinese aid to Russia.

"But what I will tell you is we are communicating directly and privately to Beijing and there absolutely will be consequences."

"We will not allow that to go forward and allow there to be a lifeline to Russia from these economic sanctions from any country anywhere in the world," Sullivan added.