Russian gas exporter Gazprom has warned customers in Europe that Ukraine may interrupt supplies by siphoning fuel from transit pipelines should Russia cut deliveries to the country. 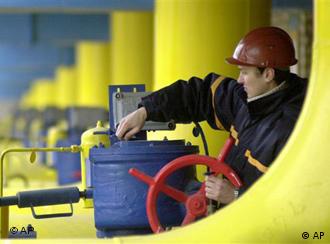 Ukraine has already pledged to pay as much as $2 billion in debt for gas supplies delivered in 2008. But disagreements remain over the price Ukraine would pay for Russian gas in 2009 -- a major stumbling block to the two sides signing a new contract to replace the current one that expires at the end of this year.

The accusation of blackmail is not helping matters. Gazprom officials said they had received a letter from Ukraine's state energy firm Naftogaz stating that if Russia turns off the gas, Ukraine could confiscate Russian fuel bound for Western Europe.

Gazprom chairman Alexander Medvedev produced a copy of the letter at a news conference in Moscow on Wednesday.

"It is impossible to view the letter as anything less than blackmail," Medvedev told journalists in the televised conference. "This puts us in a situation when transit volumes to western Europe are in danger."

He said the move undercut Ukraine's credibility as a gas transit partner and violated its contracts for shipping on gas supplies to Europe. 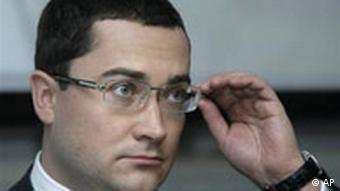 "Frankly speaking, if yesterday we were putting the chances at 50:50, today it is maybe a 70:30 probability of a crisis scenario," spokesman Sergei Kupriyanov told a news conference.

Europe receives roughly one-quarter of its natural gas from Russia, over 80 percent of those supplies are exported via Ukrainian pipelines.

Ukraine, during a 2006 Russian gas cut-off, siphoned some of the Russian gas destined for Europe, causing price spikes as far away as Paris. In order to avoid a repeat of those events, the government of Ukraine yesterday ordered two state banks to lend Naftogaz $2 billion to settle the debt.

An announcement by Naftogaz earlier that it had transferred $1.5 billion to middle-man gas trading firm Rosukrenergo for the settlement of its debt had looked to be a breakthrough in talks.

Medvedev confirmed that the money had reached Rosukrenergo, a Russian-Ukrainian intermediary based in Switzerland, adding he hoped it would soon be added to Gazprom's accounts.

But Gazprom's allegations of blackmail against Naftogaz have now created an "unprecedented" situation, Kupriyanov said, adding that the chances of reaching a deal now before midnight are highly unlikely.

In Kiev, Naftogaz declined to comment on the letter. But President Viktor Yushchenko's First Deputy Chief of Staff, Oleksander Shlapak, said Ukraine guranteed uninterrupted transit of Russian gas to Europe through its territory.

Gas cuts to Ukraine would start at 10 a.m. (0700 GMT) January 1, if a new contract for gas supplies to Ukraine was not signed by the end of day, Kupriyanov said.

The European Commission called Wednesday for a "negotiated settlement" between Russia and Ukraine over the gas supply row.

EU Energy Commissioner Andris Piebalgs "talked to both sides on Monday, encouraging them to find a negotiated solution."

Russia Warns Gas Deliveries to Europe Could be Hit

Russian gas export monopoly Gazprom said on Friday, Dec. 26, that its dispute with Ukraine over payments could cause disruptions in deliveries to western Europe, a news agency reported. (27.12.2008)

Germany Stockpiles Natural Gas as Dispute With Russia Heats Up

Germany has kept its stores of natural gas full as it warily follows a new year-end dispute between Russia and Ukraine. At the same time, Russia is warning that the era of cheap gas is coming to an end. (23.12.2008)

As Moscow threatened to scrap plans for a gas pipeline connecting Russia to Germany, the EU unveiled proposals to increase energy security and cut back its dependance on Russian energy supplies. (13.11.2008)