The speed at which Russia plans to roll out its first potential vaccine has sparked concerns over whether Moscow prioritizes national prestige over health and safety. Russia hopes the vaccine will be launched by October. 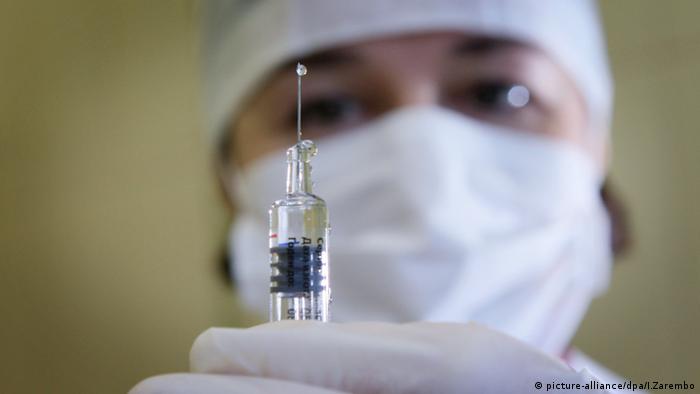 Health Minister Mikhail Murashko announced that the Gamaleya Institute, a state research facility in Moscow, had completed clinical trials of an adenovirus-based vaccine.  Murashko said that paperwork was already underway to register the drug, according to Russia's Interfax news agency.

"We plan wider vaccinations for October," Murashko said, adding that doctors and teachers would be the first to be treated.

Murashko said 800 people would take part in stage three trials, and at the same time production would begin, resulting in "large-scale production and large-scale application."

The vaccine will secure local regulatory approval in August and be administered to health workers soon thereafter, Reuters reported, citing an anonymous source.

But the speed at which Russia is rolling out its first potential COVID-19 vaccine has led critics to question whether Moscow is undermining health and safety risks at the cost of winning the race to uncover the first successful COVID-19 vaccine.

More than 100 possible vaccines are being developed around the world to try and tackle the COVID-19 pandemic. According to the World Health Organization (WHO) data, at least four vaccines are in the final phase three human trials, including three developed in China and another in the UK.

Russia's vaccine is still in its second phase, which is expected to be complete by August 3 and will take place at the same time as medical workers get vaccinated. Russia's vaccine will require an additional shot, which is unlike a lot of vaccines, CNN reported.

Kirill Dmitriev, the head of Russia's sovereign wealth fund, which funded the vaccine research, compared the vaccine campaign to Russia beating the US in launching the first successful satellite in 1957.

According to Russian scientists, the Gamaleya Institute's vaccine was developed quickly because it's based on a modified vaccine that's been used for different diseases.

Health officials said the vaccine data would become available for review and publication early next month.

Germany: Coronavirus vaccine may only be available in mid-2021

Germany's government has given grants to three biotech companies to help speed up the development of a coronavirus vaccine. But Berlin warned it was unlikely any vaccine will be available before the middle of next year.

The US epidemic has shown no sign of slowing as the nationwide death toll surpasses the 150,000 mark. Meanwhile, Brazil recorded nearly 70,000 new cases, a new single-day record. Follow DW for the latest.