As Russia's presidential election fast approaches, the Russian government has added the Berlin-based NGO to a list of undesirables. The European Platform for Democratic Elections provides support to election observers. 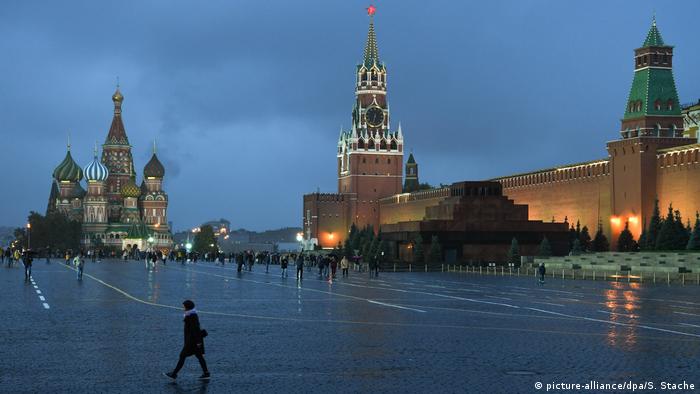 Five days before the presidential elections in Russia, the announcement by the Ministry of Justice was brief and followed a decision by the Deputy Prosecutor General of the Russian Federation. TheEuropean Platform for Democratic Elections (EPDE) is to be included on the list of undesirable foreign organizations.

In addition to the Berlin-based EPDE, another non-governmental organization (NGO) from Lithuania is also affected.

Both organizations are supporting election observers in the Russian presidential election set to take place on Sunday and expected to be won by current President Vladimir Putin.

Stefanie Schiffer, managing director of the association "Europäische Austausch" (European Exchange), criticized the decision in a post on her Facebook page.

Schiffer wrote: Does the work of both organizations "endanger the security of the country and the constitutional order? Who in Russia is up to such a judgment? The ruling regime in Russia — for years no longer legitimized by fair and free elections — is isolating itself and its people step by step from international cooperation, breaking international obligations and its own constitution."

The "list of foreign and international non-governmental organizations whose activities on the territory of the Russian Federation are undesirable" — its official name — has been in existence since 2015 and 13 NGOs are now on it.

The inclusion of the EPDE is the first time an organization based in Germany has been put on the list.

In 2012, the Russian government tightened its policy on NGOs, passing a law requiring NGOs that were "politically active" and receiving financial assistance from abroad to register as "foreign agents" in Russia.

This information must be presented in all of the NGO documents and at events. The law affects international human rights organizations such as Amnesty International, as well as German institutions such as the Konrad Adenauer Foundation.

Vladimir Putin will win Russia's 2018 presidential election, there's no doubt about that. But the recently-kicked off campaign nonetheless has several points of interest. DW gives you an overview of the sideshows. (28.12.2017)

Russia is hoping to boost voter turnout in its upcoming presidential election through a series of humorous videos. The campaign appears to be an attempt to counter opposition leader Alexei Navalny's calls for a boycott. (20.02.2018)