Paris has once again become the world capital of fashion. The pret-a-porter shows with the 2008 spring and summer fashions have already begun. It is pricey, ready-to-wear clothing -- but only for whites. 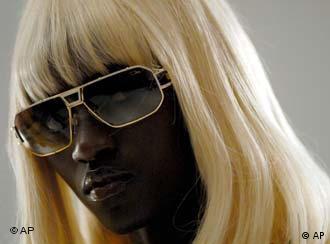 Blond is in demand, but black is not

The French, however, appear not to think so.

As the daughter of parents from Mali and Niger, she's not part of the pret-a-porter fashion shows currently underway in Paris. In fact, she rarely works as a model for fashion shows. No matter that the face is flawless and the size is right: A black model has a particularly tough time in the Paris fashion world.

"At the Paris fashion shows, there aren't even two black models, but just one: A black model or a model of mixed races. Not two, just a single one," the 19-year old said. "Paris is the world capital of fashion -- for whites." 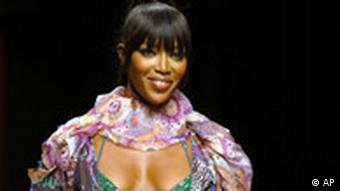 Tiguida does commercials for lotions, make-up and hairstyles -- for blacks. Even women's magazines rarely employ blacks. She has gone to auditions for Marie Claire but has never been hired -- though a biracial model was, Tiguida said.

"In London and Italy, black models get work," she said. "But not in France. That's racism."

It was in 1964 that fashion designer Paco Rabanne sent a black model walking down a runway for the first time. She wore a wedding dress made of white plastic.

"It was an awful scandal," Rabanne said. "After the show, American fashion journalists came backstage and almost spit in my face. They said haute couture is reserved for white women and not those girls over there." 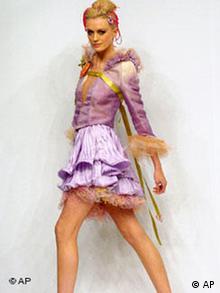 Blonde and white is preferred

During fashion shows, the phones practically ring off the hook at well-known fashion agency Elite, when designers choose models for their collections.

Elite discovered black top model Naomi Campbell. Today, however, the agency only has two models of color, a Jamaican from New York and a biracial Frenchwoman.

Sabine Killinger, vice president of Elite Paris, said there simply isn't enough work for more black models. She added that this wasn't the fault of model agencies, who are just suppliers for the fashion houses, magazines, advertising clients and catalogues.

Advertising campaigns are made for the world market, and only models who appeal to the whole world are considered, she said.

"A black model does not appeal to Asia," Killinger said. "There are also stories that there isn't necessarily much love between the Arabs and blacks."

The fashion industry is about identification and customers prefer to dream about a blonde, tall and slim girl, rather than someone who is black, Killinger said.

Few agencies specializing in black models have been established in Paris. Most of them, however, had to shut down. "Mode Black" survived, because the company also functions as a communications agency and does not only manage black models.

In Europe, blacks can only live off modeling in England or Italy, according to "Mode Black." In England, that's possible because of the local black communities and the ethnic advertising that caters to them. In Italy, designers simply book more blacks. 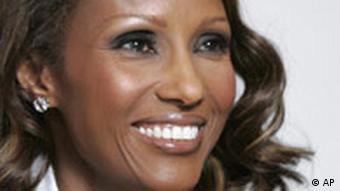 For Tiguida this meant moving abroad. In mid-October she will travel first to Mali and then to the festival of African fashion in Niger, then to South Africa and the US to model.

It's only a slight consolation that others in the industry, such as models from the Maghreb region, are even worse off. An Arab friend of hers decided to go back to school after three years of modeling because she couldn't find any work.

"She really tried everything," Tiguida said. "She could work abroad, but her family doesn't want to let her go. That's why she quit -- she cannot work in France."

As environmental concerns increasingly dictate consumer choices, the organic cotton industry is witnessing a boom in Europe with the green fibers gracing catwalks and adorning the racks of apparel companies. (14.08.2007)

German fashion designer Philipp Plein has printed provocative words on his T-Shirts as a protest against plagiarism in China. His efforts have even gotten him death threats. (11.08.2007)

An international group of aspiring fashion designers have come to study in Berlin. They're finding inspiration in the city's history and the eclectic fashion they see on the streets. (01.01.2007)