'Run Lola Run' set to get a Bollywood remake 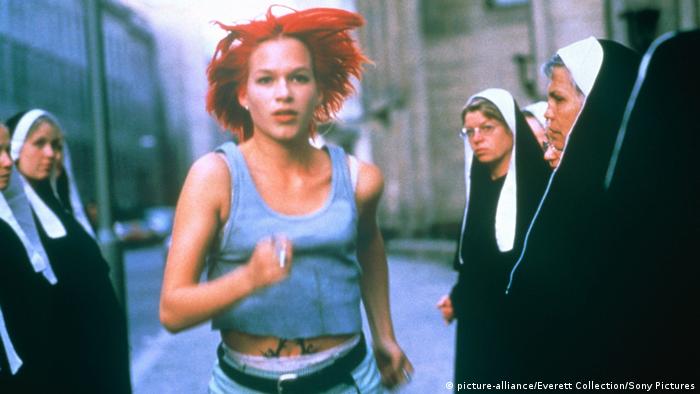 Run Lola Run, Tom Tykwer's best-known film, is getting a Hindi language remake. Titled Looop Lapeta, Sony Pictures India revealed on Twitter on Tuesday that they were co-producing with Ellipsis Entertainment "this edge of the seat, thriller-comedy that promises to leave your hearts racing" to be directed by Aakash Bhatia.

Taapsee Pannu is taking on the role of the film's lead actress, Franka Potente, while Tahir Raj Bhasin will be playing the boyfriend originally portrayed by Moritz Bleibtreu.

Taapsee Pannu, described by the Times of India as "the busiest actress in B-Town" for starring in films like Pink and Saand Ki Aankh, also shared her enthusiasm for the project on Twitter: "I'm greedy for good scripts, here's one more," she wrote.

"Looop Lapeta is a shining addition to our slate of clutter-breaking and compelling motion pictures," Sony Pictures Entertainment India managing director Vivek Krishnani told the Hollywood Reporter, adding, "We love the amazing cast which has come on board to breathe life into this cutting-edge script." 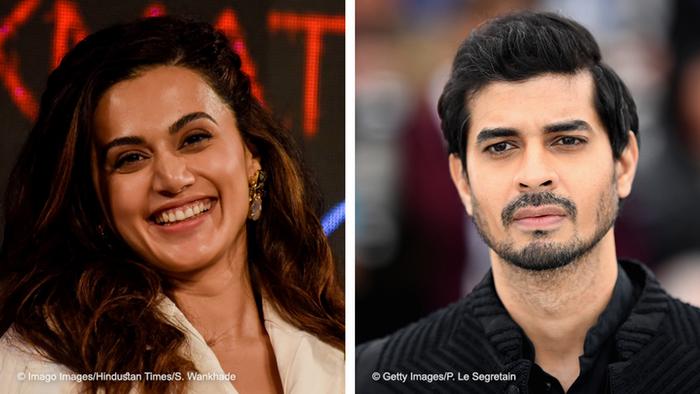 Why it became a world hit

After Run Lola Run premiered at the Venice Film Festival in 1998, the unconventional thriller went on to win several international awards, including at the Sundance Film Festival, as well as seven accolades at the German Film Awards.

Beyond its critical acclaim, it was also a commercial success that had a wide international distribution. The most successful German film of 1998, it scored $7 million at the US box office.

Tom Tykwer's third feature film as a director revealed a bold visual style and a thumping soundtrack to accompany the running Lola (Franka Potente), who only had 20 minutes to secure 100,000 Deutsche marks to save her boyfriend Manni (Moritz Bleibtreu).

The film also broke with traditional narrative structures to reflect the impact of chance, with events restarting and unfolding in three different ways.

Lola's iconic red hair and the editing style of the film inspired different works afterwards. Characters would be seen running through gritty alleys; still images would punctuate their frantic efforts to get somewhere on time.

For instance, the music videos for "Walk Me to the Bridge" (2014), by Manic Street Preachers, as well as Bon Jovi's "It's My Life" (2000) feature some of the film's stylistic elements and a condensed version of its narrative.

Similarly, the influence of Run Lola Run can be seen in the music video "Ocean Avenue" by Yellowcard and an opening sequence in an episode of Buffy the Vampire Slayer, which had a girl with pink hair running to techno music through a German street.

The Simpsons also parodied the film in an episode in 2001, while many other comedy series directly refer to the film as well: the episode "Run Gary Run" in the series Early Edition, "Run, Candace, Run" in Phineas and Ferb or "Run Johnny Run" in Johnny Bravo.

In Germany, the film was also adapted into an opera by the Theater Regensburg in 2013.

And now a Bollywood version

It now remains to be seen how the Hindi-language remake of Run Lola Run will differ from the original.

The shoot for Looop Lapeta will start in April 2020 and is scheduled for worldwide release on January 29, 2021. Other international works are also set for a Bollywood remake, including Forrest Gump, which will star the extremely popular actor Aamir Khan in the lead role

Tom Tykwer has long enjoyed international success. His latest film, which stars Tom Hanks, is an adaptation of the bestselling novel "A Hologram for the King”. (02.05.2016)

Allegations against Nana Patekar: Is this Bollywood's #MeToo moment?

The Indian film industry is being forced to answer tough questions as Tanushree Dutta, a former Miss India, has accused Bollywood actor Nana Patekar of sexually harassing her in 2008. Murali Krishnan reports. (04.10.2018)

The high-budget TV series "Babylon Berlin" explores the seedy side of Berlin in the 1920s. The director of "Run Lola Run," Tom Tykwer, has already started promoting the project before filming starts in April. (11.02.2016)