Ofcom, Britain's communications watchdog, highlighted seven instances of problematic reporting by the channel. Its handling of the poisoning of former Russian spy Sergei Skripal in Salisbury played a large part. British communications watchdog Ofcom announced the measure on Friday, after an investigation into RT's coverage of the poisoning of former Russian spy Sergei Skripal and the conflicts in Syria and Ukraine.

Ofcom said RT, formerly known as Russia Today, "failed to preserve due impartiality in seven news and current affairs programs between 17 March and 26 April 2018." It said there were "serious and repeated failures" in RT's coverage.

The Russian state broadcaster did not report properly on the poisoning of Sergei Skripal and his daughter in 2018, Ofcom said. British intelligence blamed the Russian intelligence service GRU for the attack on the former Russian spy.

Ofcom also said their coverage of the long conflicts in Syria and Ukraine was of particular concern. 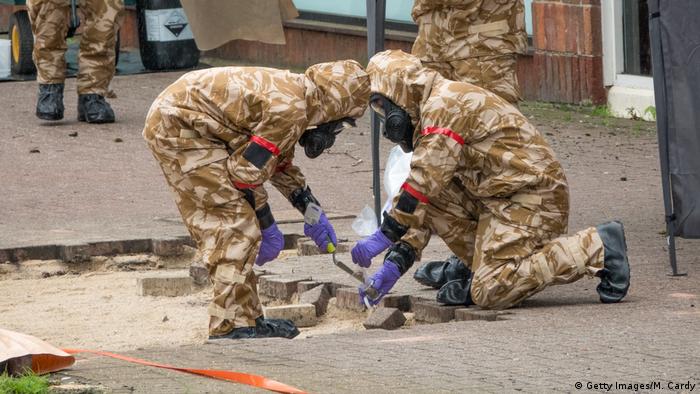 RT representatives argued the punishment was "wrong," as the allegations were still under investigation in London's High Court.

"And while we continue to contest the very legitimacy of the breach decisions themselves, we find the scale of proposed penalty to be particularly inappropriate and disproportionate," the television station said in a statement.

In a statement issued in response to the penalty, Russia's Foreign Ministry threatened "consequences" for British media in Russia, saying the action was part of an anti-Russian campaign aimed at curtailing Russian media activities in Britain.

RT has faced considerable criticism over its reporting on a number of issues. Twitter banned RT's ads in October 2017, citing allegations that it had spread misinformation in the buildup to the US presidential election of 2016.