Rousseff: ′The coup against me had three different phases′ | Americas | North and South American news impacting on Europe | DW | 15.11.2017

Rousseff: 'The coup against me had three different phases'

Over a year after being ousted as Brazil's president by the legislature, Dilma Rousseff seeks reconciliation — not retribution. "We cannot promote revenge in the upcoming election," she told DW recently in Berlin. 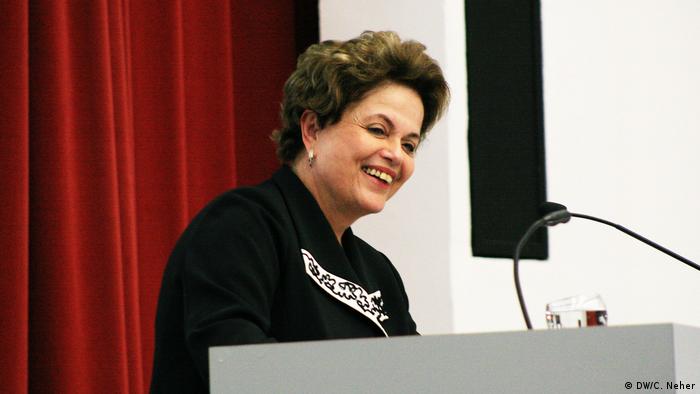 DW: How would you judge the state of affairs in Brazil in the 14 months since your removal from office?

Dilma Rousseff: The coup against me had three different phases. The first began with my impeachment. The second had to do with the reforms being pursued now: legislative proposals to freeze expenditures for health care and education as well as cutting back worker protections. Privatization is also part of that. The third phase is aimed at stopping former President Luiz Inacio Lula da Silva from mounting a campaign for Brazil's upcoming presidential elections.

What do you expect to happen in the 2018 presidential election?

Brazilians are noticing that Lula is being politically persecuted. What makes me say that? His approval ratings are continuing to go up every day. Brazilians have recognized that Lula was the best president the country ever had. I am hopeful that he will return to the office of the presidency. Political opponents and media outlets were able to turn public opinion against Lula and the PT (Workers' Party) during my impeachment. They took advantage of the people's lack of knowledge. But the people will see through the plan.

What do you think of the PT's rapprochement with its former coalition partner, the Brazilian Democratic Movement Party (PMDB) in some states? Isn't it a contradiction to speak of a legislative coup on the one hand but to cooperate with the former political partner that betrayed you on the other?

An alliance with the PMDB is highly unlikely at the national level. But why should it be forbidden to enter into an alliance with Roberto Requiao? Senator Requiao is a member of the PMDB, but he did not vote to impeach me. Former Agriculture Minister Katia Abreu also fought against the coup.

Are Brazilian politics in need of a renewal in the wake of the impeachment? Wouldn't this be a good opportunity to create space for new political leadership — especially on the left?

That is something you could call a "recipe for how to get rid of Lula." Seriously: What do the conservatives have to show for their effort? They have strengthened the right-wing extremist MBL (Free Brazil Movement) and its candidate, Jair Bolsonaro. And what else is new in Brazil? An incompetent head of government, like a Brazilian version of Donald Trump? Joao Doria, the new mayor of Sao Paulo? Do you know what I think is interesting and different? I think the fact that the Brazilian people are engaged in the hashtag campaign #coisadepreto (a black thing) to defend themselves against the racist comments of TV moderator William Waack is something new and good. The PT is also part of that. They are all fighting against racism and social injustice, just like Lula and I. 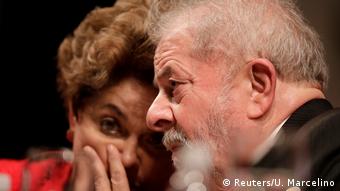 What do your days look like one year after leaving office?

Well, that depends on where I am, whether Sao Paulo, Berlin or elsewhere. I participate in conferences, processions and debates. And, whenever possible, I bike for at least 50 minutes a day. When I am in Porto Alegre, I spend time with my grandchildren and they sleep over at my house. As a grandmother I have the privilege of being able to spoil my grandchildren and then give them back to their mother.

Unlike in the United States or many European nations, there does not seem to a fixed role for ex-presidents in Brazil. What kind of former president do you want to be?

An ex-president is only entitled to a security detail and a small office. At some point it must be determined just what kind of protection a former head of state is afforded. I also don't think that a former head of government should be able to return to private business — that goes against what the position stands for. The USA, for instance, has precise rules regarding such activity.

Will you be an ex-president who will run for a new political office?

I will not stop my political activity just because I am a former president or because I no longer have a political mandate. I have been politically active my entire life and have even been jailed for that activity.

Will you run for office again?

I wouldn't rule out a candidacy, but I also haven't given it much serious thought. If I were to tell Brazilians that I will not run again and then change my mind later, I would have to provide a thousand explanations as to why. I consider it a possibility simply because I don't want to owe anyone an explanation.

Are you convinced that history will prove that you were right to object to your impeachment?

It already has. Eduardo Cunha, the parliamentary president that introduced the articles of impeachment against me, has been removed from office and sentenced to nine years in prison. And that is where he is now. A number of indictments have also shown that votes for my impeachment were paid for with bribes. Furthermore, it has been proven that the grounds for my impeachment were simply a false pretext to get me out of office: I did not commit one single crime. The argument that my impeachment would solve Brazil's political and economic crises has also been disproved, for the political crisis has only worsened. The current president (Michel Temer) has recently been indicted, as has Senator Aecio Neves. There is damning evidence against both of them. Nevertheless, both are still in office, whereas Lula and I were convicted simply because we were presidents.