The 67-year-old economist Dilma Rousseff has led Brazil since 2011 - the first woman to head the republic of 200 million. In an exclusive interview with DW, Rousseff speaks about economics, diplomacy - and soccer. 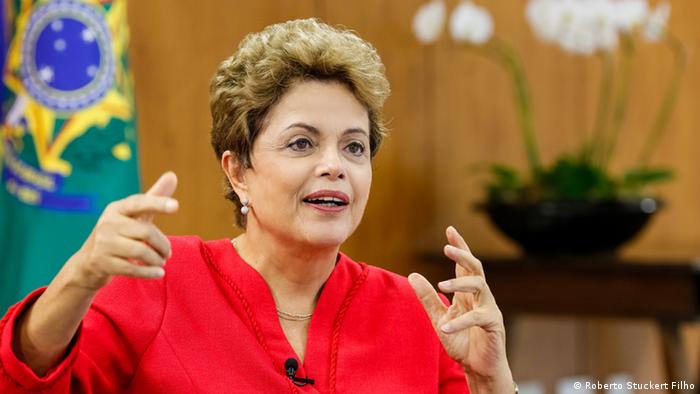 DW: Madame President, you are traveling to Europe. What are your expectations for the upcoming European Union, Latin America and the Caribbean Summit (EU-LAC), and how would you describe the state of relations between the continents?

Dilma Rousseff: Europe represents strategically important relations for our region. And when you think of it as a single unit, Europe is a major trade and investment partner. We want to expand these relations.

The biggest project between the Latin American single market Mercosul (Mercosur in Spanish) and the European Union is a free trade agreement that has been being negotiated for some 20 years now. Why can't it be passed?

From Mercosul's, and especially from Brazil's perspective, it is existentially important that we sign the agreement this year. Whether or not that actually happens depends on both sides. We Brazilians believe that Mercosul could be ready. However, it remains to be seen if all countries will be ready at the same time. But the treaties, both on the Mercosul and European sides, allow for individual member states to participate in the free trade agreement at differing speeds.

It will always be my goal that we negotiate together - as a unit - but Brazil will do everything possible, and try everything impossible, to ensure that we ratify the treaty. The next summit is scheduled to take place here in Brasilia this year. 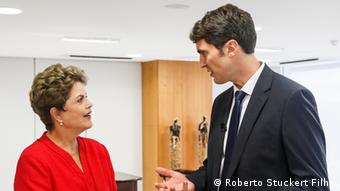 Brazil is a world power that has sought a seat in the UN Security Council in the past. Recently, it seems as if interest in international politics has been on the wane. Are you preparing a new initiative, perhaps together with Germany, or are domestic politics more important at the moment?

Change within the UN Security Council remains a fundamental concern for us. We, along with Germany, are part of a group that is systematically fighting for that change. We believe that the current Security Council does not accurately reflect the reality of our world. Furthermore, in its current composition, it is unable to find solutions to the world's problems.

We continue to vigorously pursue our UN initiative, and will not give up on it. Beyond that, there has to be a change in international financial institutions. The power structures of the International Monetary Fund and the World Bank do not correspond to the economic reality of the world.

You have been criticized for not having taken a clear stance against the persecution of the opposition in Venezuela. What is your stance?

I think that many people would like to see us turn our backs on Venezuela, like we did with Cuba for so long. But, in the end, we also decided against it in Cuba even though we have very different ideas about how society functions, and about political and economical processes. Nonetheless, we are of the opinion that support is the best option. In the case of Cuba, that means support for change. Now, the Americans have begun to initiate change, and we greet the initiative of President Obama and President Castro, because it means the end of the Cold War in Latin America.

We helped with major projects in Cuba before, for instance in the port of Mariel. A Brazilian company was a big investor there. That brought about more results than 40 years of embargoes. Those didn't bring any transition or change at all. The same is true for Venezuela, we Brazilians are not putschists. We are also not for meddling or militarily intervening in neighboring countries. We don't do that. We are a fundamentally pacifist country. To paint Venezuela as a threat to the USA won't help strengthen democracy there.

So anyone that hoped that Brazil, as a regional power, would clearly condemn the repression of the political opposition by leaders in Venezuela will have to wait?

We will never be a regional power with a truncheon in our hand. A regional power must refrain from intervening. More than that, it must be capable of understanding other societies and fighting for social change. The world has gotten used to military intervention. However, I don't think that it has brought stability to anyone. I believe that Brazil can be a bridgehead for dialog, for understanding and against intolerance. Naturally, I also want to clearly state that we will always wholeheartedly oppose violations of the basic tenets of democratic rule of law.

Viewed from the outside, Brazil still seems to be occupied with corruption scandals. The fight against corruption has been a project of yours since you won your mandate. However, many Brazilians believe that you knew about corruption at Petrobras before it became public, and have called for your resignation. How can you convince them that you are the right person for the fight?

It is a burden that many people think that we politicians are responsible for corruption, but that burden is meaningless compared to the fact that I can guarantee that things have changed regarding corruption in Brazil. People were never jailed for being involved in corruption before. Now they are.

One year after the World Cup: Have you gotten over the 7:1 defeat?

That hurt, oh, that really hurt. But, you know, we Brazilians have a character trait that defines us. We never give up, especially when it comes to soccer. Just you wait, we'll be back one day. Then you'll see. There's a song that fits well, you probably know it (Rousseff begins to sing). Understand? It means something like "Anyone who suffered what I did, would cry, but only a very few could overcome."