Dutch police have arrested a second person in connection with an apparent threat to a concert in Rotterdam. A Spanish-registered van carrying gas canisters was found near the venue.

Dutch police said they averted a terrorist attack in Rotterdam after receiving intelligence on a planned attack at a concert in Rotterdam on Wednesday.

The concert, by the US band the Allah-Las, was canceled after Dutch police received a specific terror alert from Spanish officers. Two hours after receiving the alert, the Spanish driver of a van that contained gas canisters was arrested just a few hundred meters from the concert venue, although police now believe he had no relation to the terror threat.

Police said that the man, who appeared to be intoxicated at the time of his arrest, was a mechanic who said he needed the gas canisters for his job.

Spanish authorities confirmed that the van found in Rotterdam was not connected to last week's attacks in Barcelona and adjacent areas of Catalonia, in which 14 people were killed.

Early Thursday morning authorities arrested a second person. The 22-year-old was taken into custody by special forces in the province of Brabant.

Rotterdam's police chief said the arrest of the second man meant the threat was now over. He said his forces had received specific information from Spain.

"There was concrete information from the Spanish police that an attack would be committed on that date, at this place and against this rock band," said Frank Paauw, the port city's police chief.

"The information about the threat was so specific on the location of the event that with that arrest we can conclude that the threat is gone," Paauw said.

No further details of the suspect's identity have been released. 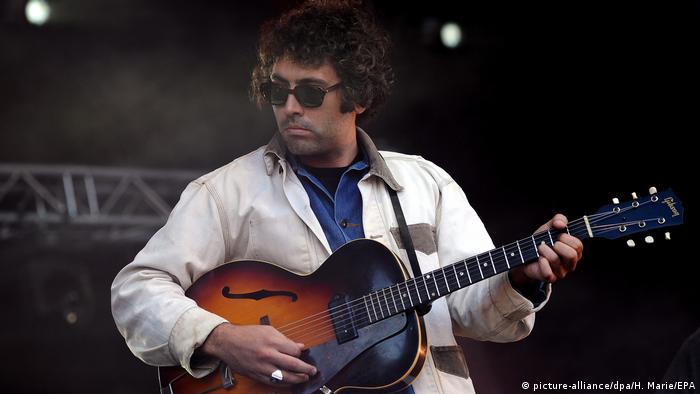 Rotterdam police said they had taken the warning from Spanish police seriously and "after discussion with organizers it was decided to cancel the event." The concert organizer Rotown had tweeted that Wednesday night's performance at the Maassilo venue - a towering former grain silo complex - had been canceled on orders from police.

Allah-Las is a four-piece band from Los Angeles.

Only a few of the 1,000 expected guests had reportedly arrived when the harbor-side venue was evacuated.

Dutch television showed police in in body armor outside Maassilo and what appeared to be band members leaving in a white vehicle with a police escort.

The French news agency AFP said the tip-off from Spanish authorities was received at about 5:30 p.m. (1530 UTC). The large building was searched by a Dutch anti-terror squad.

A representative from the Allah-Las' label, Mexican Summer, told the Associated Press news agency that the group's members were safe.

"The band is unharmed and are very grateful to the Rotterdam Police and other responsible agencies for detecting the potential threat before anyone was hurt," the rep said.

Last year, band members told the British newspaper The Guardian that they chose the word Allah, Arabic for God, because they were seeking a "holy sounding" name and did not realize it might cause offense to Muslims.

Ahmed Aboutaleb is the new mayor of Rotterdam. He's a Muslim and the first immigrant to be appointed mayor in the Netherlands. (05.01.2009)