Rosa Zuckermann was the protagonist in German documentary filmmaker Volker Koepp’s "Herr Zwilling und Frau Zuckermann." Following her death in 2002, it has fallen to her son Felix to tell her story. 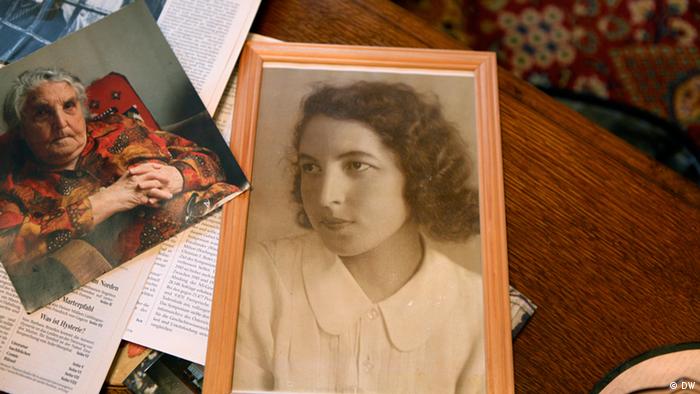 When I meet Felix Zuckermann for the first time, we bumped into Volker Koepp on Chernivisti's main drag, Olga Kobylanska Street.

He's filming a new project in the Ukrainian city. It is a wonderful reunion between the German director and the son of his one-time protagonist.

Koepp's film, "Herr Zwilling and Frau Zuckermann," tells the story of two elderly Chernivtsi Jews who met up every evening for years to talk about the struggle in post-Soviet day-to-day life, and the bygone days in which their city was at the heart of German-Jewish culture.

Like his mother, who died in 2002, Felix Zuckermann teaches German at a Chernivtsi grammar school. He and Rosa lived on the outskirts of town where we now sit drinking tea and looking through her photographs.

Among those which he carefully removes from the album is one of Rosa in her early twenties. It must have been taken in the late 1920s or early 30s. 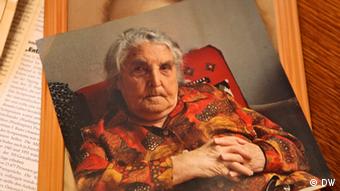 Rosa married her first husband before the war, and gave birth to a son, Marcel. But any chance of a happy family life was eradicated on June 22, 1941, when Germany invaded the Soviet Union.

Honoring an agreement, the Nazi regime left Bukovina, the region around Chernivtsi to Romanian fascists. In October they started ghettoizing the city's Jewish population. An area which had previously housed 4,000 people suddenly accommodated 50,000.

But the ghetto was just a holding pen, and it wasn't long before the Rumanians moved them to Transnistria, a stretch of land between the rivers Bug and Dniestr.

The only ones who did not have to go were those with papers that protected them, skilled laborers or those who could carry out work vital to the war effort.

"My mother's husband had the papers, so he and my mother could have stayed," Felix Zuckermann explains. Because she did not want her parents to make the arduous journey alone, she and her husband and child went too, he adds.

The camps in Transnistria were nothing more than penned fields in which people were kept like animals.

"They weren't allowed out, they were starving and freezing," Zuckermann said. "Some local people came and gave them food or exchanged food for clothing, watches and valuables."

And in this way, some even managed to survive.

A reunion of sorts 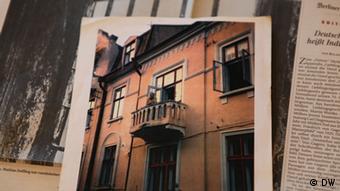 Zuckermann's story has been passed on

Not so Rosa Zuckermann's relatives. She was the only member of her family not to perish from the outbreak of typhus that hit the camp.

"She was brought back to the town with other survivors, and couldn't believe that all the others she had gone to Transnistria with were dead."

In 1948 she married Martin Zuckermann, Felix Zuckermann's father. Unlike many families that moved to Israel or the US, they stayed in Chernivtsi, which they did not only see as their physical home, but also their cultural home.

Felix Zuckermann often smiles when he looks at pictures of his mother, none of which show her with the family members that died in the camp.

"She put all the photos in a blanket and took them to her grave," he explains. "Now she is with her loved ones again." In the family grave, at the Jewish cemetery in Chernivtsi.