The former Romanian finance minister has been questioned over 101 paintings in his possession amid a corruption probe. They include three works signed by Spanish artist Pablo Picasso. 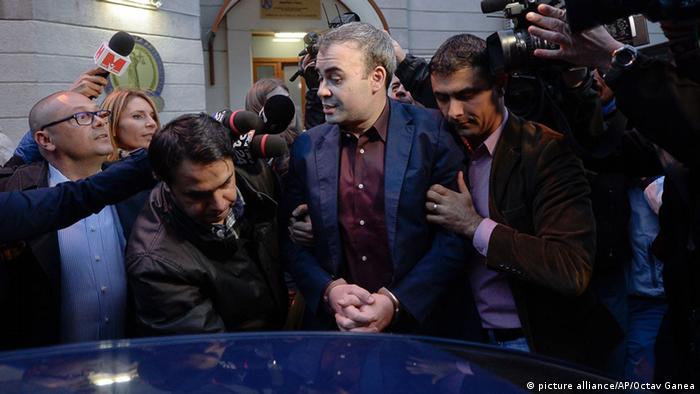 Former Romanian Finance Minister Darius Valcov (seen c. above) was interrogated on Friday after anti-corruption investigators seized the paintings following searches in his homes in the capital, Bucharest, and the southern city of Slatina, where he was mayor from 2004 to 2012, prosecutors said.

The Anti-Corruption Directorate (DNA) said Valcov was suspected of having indirectly acquired the paintings with money obtained through suspect deals.

Prosecutors said the works had been hidden by four of his friends.

Apart from the three works signed by Picasso, the paintings include pieces by Renoir and Andy Warhol, as well as Romanian painters Corneliu Baba and Nicolae Grigorescu. The artworks are currently being officially identified and certified by art experts.

Investigators previously found three paintings, including one signed "Renoir," in a friend's safe along with 82,000 euros ($90,000) in cash and gold ingots.

Valcov resigned on March 15 after being charged with taking 2 million euros in bribes while he was mayor in Slatina. He was taken into police custody on Wednesday on corruption charges, hours after his ministerial immunity had been officially revoked.

Prosecutors accuse him of carrying out a number of dubious financial and business transactions through a land registry office, an accounting firm and a law firm.

The investigation into Valcov is one of several high-level corruption probes in the past year in Romania, one of the European Union's poorest countries.

On Friday, Prime Minister Victor Ponti named Eugen Teodorovici, previously minister for European funds, to take Valcov's position. He will be sworn in next week.