As a new offshore oil and gas exploration law comes into force in Romania, the EU nation's promise of becoming a key gas producer in Europe could be threatened. Not that Bucharest seems bothered. 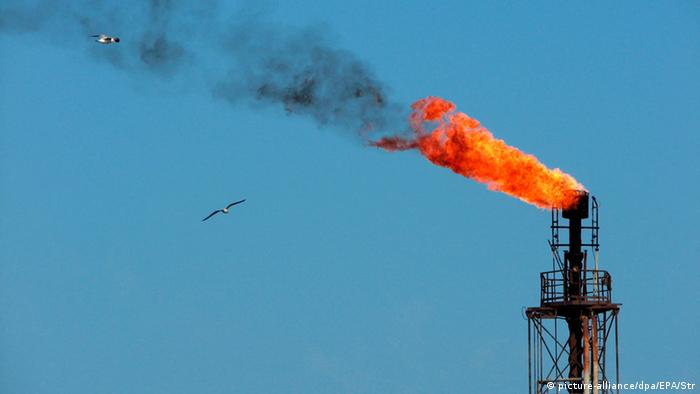 Romania's untapped oil and gas potential of up to 200 billion cubic meters, or bcm, in the Black Sea has attracted the interest of the world's oil and gas majors, including US giant ExxonMobil and Austria's OMV Petrom.

Romania already covers almost all its gas use from its domestic onshore production and could double that over the next two decades when — or perhaps now if — offshore sources are added to supply.

The Eastern European country produces 10.5 bcm of gas a year, mostly onshore, and consumes 11-12 bcm, making it largely independent of Russian gas, something others in the region can only envy. Other EU members are in fact scrambling to define coherent energy strategies that don't make them too reliant on Russian imports, hence the spike in interest in Romania, as well as US and Norwegian gas.

Hungary was the first to sign up for Romania's Black Sea gas after Budapest agreed with US firm ExxonMobil for deliveries starting in 2022, covering half of Hungary's yearly gas consumption of 10 bcm.

Bur Romanian state-owned gas transporter Transgaz must first finish phase two of the BRUA gas pipeline that would enable gas transports from Romania to Hungary to reach 4.4 bcm a year.

And now a new law could put a dampener on Romania's plans. The final form of the law freezes taxes for the period of offshore gas production, but retains a limit of 30 percent of investment allowed to be deduced when paying taxes, a change investors and experts alike have attacked.

They say Bucharest's fiscal regime is now one of the least attractive in the Black Sea for gas. The law also includes a 50 percent domestic supply obligation for gas and a requirement for 25 percent of workers to be Romanian citizens, which some suggested may also contravene EU laws governing open labor market practices.

Romania may also lack the infrastructure to consume even half of the estimated offshore gas production.

"For this, we need interconnections, market liberalization and a stable legal framework," Francois-Regis Mouton, director of EU affairs at the International Association of Oil and Gas Producers (IOGP), told local Agerpress.

The government hopes the new legislation will bring in up to $20 billion (€17.5 billion) over the next 20 years, while a Deloitte study says that investments in Black Sea gas will generate extra budget revenues of $26 billion and add $40 billion to Romania's GDP by 2040.

And this could affect exploration of the Black Sea Neptun block, a joint venture between OMV's Romanian unit OMV Petrom and ExxonMobil.

In 2012, the two companies said they had discovered 42-84 bcm of gas reserves at the ExxonMobil-operated Domino-1 well.

The Domino field and the Midia Gas Development, operated by Carlyle Group-backed Black Sea Oil & Gas, are awaiting financial investment decisions. They are expected to announce whether to start commercial operations by year's end.

"We cannot make an investment decision at Petrom in this quarter as planned," OMV CEO Rainer Seele said recently, adding that OMV had to evaluate the conditions for what the company describes as a "billion-euro investment."

The Romanian Black Sea Titleholders Association (RBSTA), a group representing investors in offshore projects in the Black Sea, said industry players would need to evaluate the impact of the law on a contract-by-contract basis.

Investors in the Black Sea, including ExxonMobil, OMV Petrom, Lukoil and Carlyle, have invested over $2 billion in exploring Black Sea perimeters in the last 10 years.