A bust sculpted by Auguste Rodin has been stolen from the Ny Carlsberg Glyptotek museum in Copenhagen. The sculpture - which was taken in July - was removed during opening hours, according to museum officials. 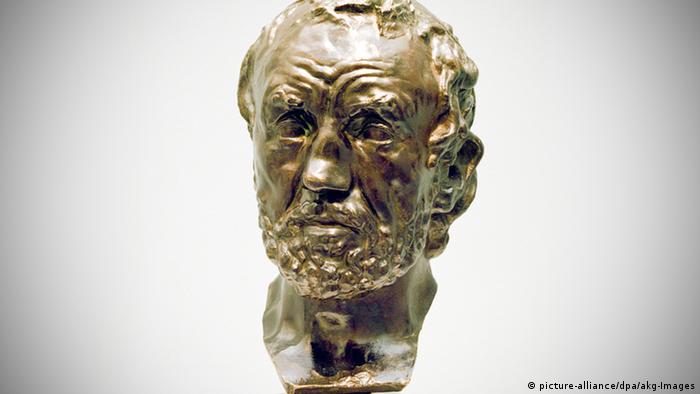 All it allegedly took was 12 minutes for the legless sculpture known as "The Man with the Broken Nose" to dash from the Copenhagen museum undetected. Two thieves, disguised as tourists, reportedly removed the head from its base, placed it in a bag and made off with the loot without drawing the attention of security or museum visitors.

While the theft took place in mid-July, it was just now reported by Danish newspaper Politiken.

The Glyptotek collection features a number of major works from the French sculptor, including "The Kiss," "The Thinker" and "The Burghers of Calais." In 2008, Rodin's "Eve, grand modèle - version sans rocher" sold for $18.9 million.

Wolfgang Beltracchi, the "forger of the century," created chaos in the art market with his fake paintings - and hundreds are still circulating. Now a film on the "Robin Hood of art" is showing in New York. (19.08.2015)

German art historian Eike Schmidt is the first non-Italian to head Florence's Uffizi Gallery. He tells DW how his international experience will help, and why Italy is already doing a good job of cultural preservation. (20.08.2015)

How Paul Gauguin contributed to the colonial myth 24.03.2022

A new Berlin show explores how the French artist's world-famous paintings from the South Sea islands contributed to the myth of an exotic paradise.