Wolfgang Beltracchi, the "forger of the century," created chaos in the art market with his fake paintings - and hundreds are still circulating. Now a film on the "Robin Hood of art" is showing in New York. 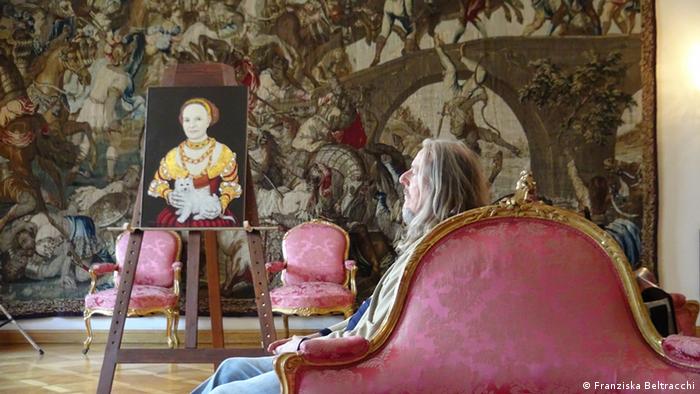 Wolfgang Beltracchi's story is way more unconventional than his hippy looks might suggest. The 64-year-old has been defined as both a painter of genius and the forger of the century. His gallerist, Curtis Briggs, describes him as a "Robin Hood of art."

The documentary "Beltracchi - The Art of Forgery" opens Wednesday (19.08.2015) in New York City after making its rounds at film festivals this past year. But who is Wolfgang Beltracchi really?

Over a period of three-and-a-half decades, Beltracchi has probably produced 300 paintings in the style of great masters, such as Picasso, Gauguin or Monet. Unfortunately, he would also sign these works with their names instead of his own. Then he would let his wife sell them.

The pair created a provenance story for what were considered previously unknown paintings: They were part of a collection owned by the family. They even created old-looking photos as proof. "I made the glue for the collection's labels myself, out of bones and organic materials so no one would notice," Beltracchi said.

"I always found it exciting to go to a big museum - even the MoMa - and to see a work of mine there," he says, winking. About 250 of his paintings are still undiscovered, spread all over the world. Even the people who know they own one of his forgeries prefer to remain silent. Millions of dollars are at stake.

He wasn't betrayed by his brushstrokes. The forger was so good that even the widow of Max Ernst said that Beltracchi painted her husband's most beautiful forest. Experts also thought the paintings were originals and true masterpieces.

Beltracchi's carelessness eventually exposed him. On a painting supposed to be a 1914 work by Heinrich Campendonk, he used titanium white, although the paint did not exist yet at the time.

He was sentenced to six years in prison in 2011. His wife got a four-year sentence. During his pre-trial detention in a prison in Cologne, he made portraits of the other prisoners. He kept on painting obsessively in the minimal supervision prison and after his release. His sentence was shortened and he was released on January 8, 2015.

Now his new works can be seen at an exhibition starting on May 8 in a gallery in Munich called Art room9. The show is ironically titled "Freedom." 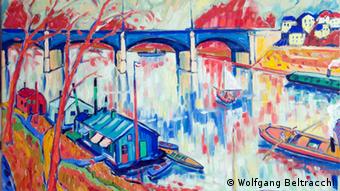 He now has the freedom to paint the way he wants. Yet his paintings are still a crossover. He freely borrows from Kandinsky, Campendonk, Dürer and Gauguin. He can paint with his right hand or left one, depending on the brushstrokes used by his models.

But now he signs the paintings himself: W. Beltracchi. In a work inspired by Max Ernst, "Raunächten" (The Twelfth Night), he symbolically hid a bunny in reference to Joseph Beuys. He remains a prankster.

"Tanz auf der Treppe" (Dance on the Stairs) was inspired by Fernand Léger's 1913 painting, while integrating figures like those painted by Oskar Schlemmer. It's a painting Beltracchi made in three or four days.

Beltracchi claims there is no artist he could not reproduce. He simply needs to study them well. "But Renaissance painters are more difficult than modern artists," he says. Modesty is certainly not his strong suit.

His gallerist Curtis Briggs even adds, "He can immerse himself in the soul, in the mindset of an artist." 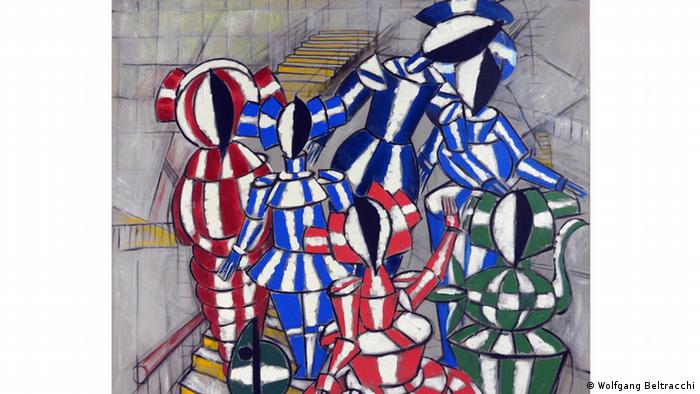 The exhibition includes 24 works. Even before it opened, collectors were calling the gallery from all over the world, saying they absolutely wanted a real Beltracchi.

His most expensive work costs 78,000 euros ($88,500). Wolfgang Beltracchi is now part of the art establishment - in some way. Many other critics will snub him, claiming he is not an artist, but a criminal. "I served my time. Whoever criticizes me just wants revenge - or they are jealous," says Beltracchi.

A gallerist in Bern, Switzerland, was even expelled from the association of gallery owners for organizing an exhibition of Beltracchi's paintings in December 2014, while he was still in detention. She sold all the works within three weeks, for 650,000 euros (over $737,600).

For many, Beltracchi's style is just copied on others. He definitely hasn't settled into a particular approach. Even his signature on each of his paintings is different, adapted to the work. Beltracchi hates monotony and predictability."It's simply no fun to always paint the same thing," he says. He aims to combine paintings of the past, present and future. 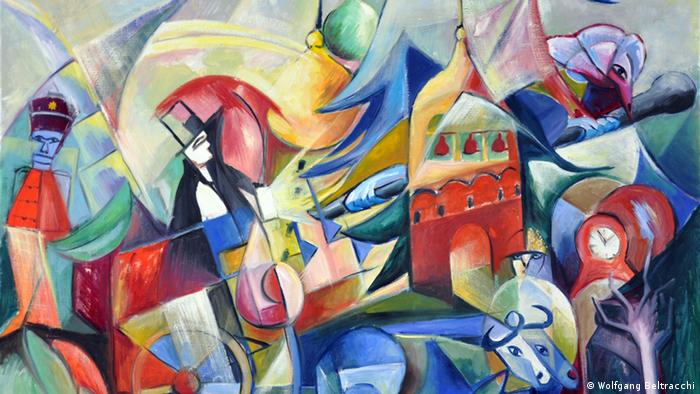 Wolfgang Beltracchi now has the aura of a cool pop star. Celebrities are lining up to have their portrait painted by him. He has written two books with his wife and worked on documentaries. Writers from the United States are sending him scripts for series on his life.

He is still painting continuously in his studio in Montpellier, in the south of France. He finds the light there particularly inspiring.

Beltracchi is enjoying the glory after years painting "undercover." Yet he nostalgically looks back at some aspects of his former life: "It was fun to stay in the background, with a rich and quiet life. Now being almost poor and with no tranquility, that's not so good." He needs to pay back 20 millions euros to his creditors by 2017, and a liquidator is collecting all his revenues. Those revenues are flowing abundantly. The demand is higher than the number of pictures he can paint, which drives up the prices of his paintings. Buying art is like investing in stocks, and this greedy art market now craves for works signed by Wolfgang Beltracchi.

Ironically, Beltracchi plunged the art market into an "exorbitant chaos" with his forgeries, as gallery owner Curtis Briggs explains. "He's just like someone who switched labels from cheap bottles onto expensive ones at a wine tasting. Now those who see his art can decide if it's worth it or not."

Bonnie and Clyde of the art world

Hopefully Wolfgang and Helene Beltracchi will not get sucked up by the market. They were a bit like Bonnie and Clyde: criminal, but appealing. They held a mirror up to the out-of-control art market. 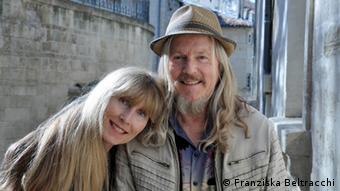 "Bonnie and Clyde" aka Helene and Wolfgang Beltracchi

At the press presentation of the exhibition, a British journalist asked if he could guarantee he would never do it again. Beltracchi replied: "Yes. I would certainly never use titanium white again." Everyone laughs.

He then strolls away holding his wife Helene's arm. She's wearing an ankle-length floral dress with faux snakeskin boots. He's got a casual leather trim jacket on. The wind blows in their hair.

The 2014 documentary "Beltracchi - The Art of Forgery" was directed by Arne Birkenstock.

'Forger of the century' exhibits his own work

Wolfgang Beltracchi spent 36 years painting and selling fake works by famous artists without anyone noticing. Will modern history's most successful forger now manage to make as much money with his own paintings? (04.05.2015)

Warhol, Beuys, Haring… Art gallery owner Hans Mayer has rubbed shoulders with the biggest names. He tells DW why auction prices soar to inconceivable sums - and how he got Kraftwerk in his gallery. (17.04.2015)