Warhol, Beuys, Haring… Art gallery owner Hans Mayer has rubbed shoulders with the biggest names. He tells DW why auction prices soar to inconceivable sums - and how he got Kraftwerk in his gallery. 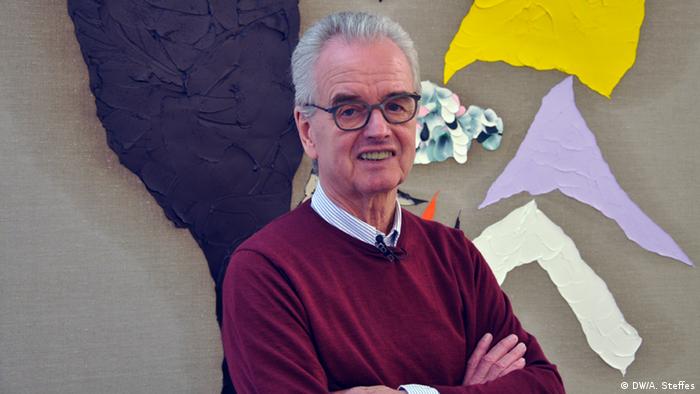 Gallery owner Hans Mayer has helped shaped the German art scene over the past half century and co-founded the country's most important art fair, Art Cologne. In 1965, he daringly opened his first gallery in a small village, Esslingen, though he moved to Dusseldorf a few years later. Since the 1970s, he has been known as one of the most important dealers of contemporary American art.

DW: You are one of the most prominent gallery owners in the world. What do you do differently from the others?

Hans Mayer: That certainly has to do with my cross-over approach. When I had my first gallery in Esslingen, a lot of art historians and museum people said, "Oh my goodness, not Esslingen. He's crazy to do an exhibition with rock music - and the police are there all the time." That was just a revolt against the establishment - also against the establishment of the art market. And you know, in a town as small as Esslingen, every outsider was looked at with suspicion and then we drank wine on the streets! It wasn't so easy in the countryside. 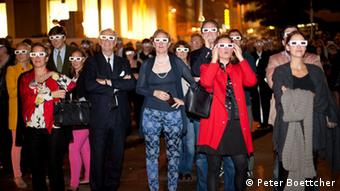 The Kraftwerk concert drew a crowd

Ten years ago you had German electronic band Kraftwerk play in your gallery in Dusseldorf...

I've been friends with Kraftwerk since the beginning, since '66, and I've already tried to get them to play at museum openings so they could earn a bit of money. I always tried to get something going for them here and there and over the years they would often come to me and say, "We still owe you a concert!" and I said, "Just wait, you'll get your chance."

And then 10 years ago I needed a band and told Ralf and Florian, "Hey, you owe me a concert." That was like 30 or 40 years later and they said, "You'll get one. We're doing something new and we can do it at your place." That was their first concert in a long time.

Warhol had been invited to an event put on by the magazine "Capital." Every year, "Capital" rated the most popular artists and Warhol was number 1 and Beuys number 2. And I was hosting a Warhol exhibition. I talked to Beuys and said he should come to the opening since Warhol would be there too. And he asked, "Why?" And I said, "You have an exhibition in New York next year and you'd be glad if he came." So the two of them met and got along well right from the start. 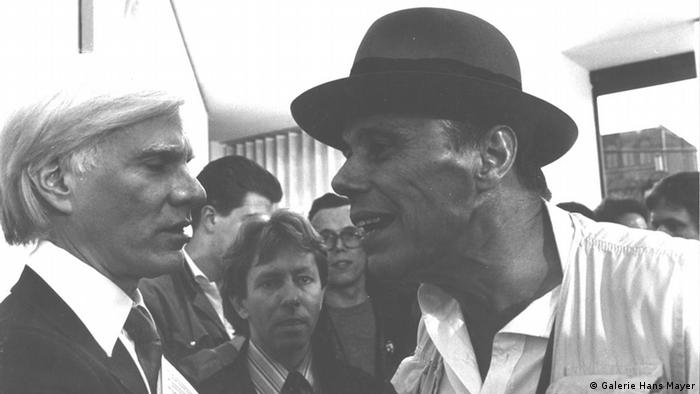 Warhol (left) meets Beuys: What looks like a showdown was the beginning of a friendship

You co-founded Art Cologne. How did that happen?

At the end of the 60s, we - including the well-known Cologne gallery owners Stünke and Zwirner - noticed that collectors in Paris and New York had started buying art from us and thought we needed to have an art fair or show in the Rhineland, which was a cultural hub.

Then the "Organization for progressive German art dealers" was founded. The first art fair took place in an event hall in Cologne Gürzenich with more than 10 galleries. We from the organization benefitted in the first five years because we didn't have to pay anything. And then a Basel art fair started in 1970 and Cologne started to disintegrate and Basel grew increasingly important.

And now Cologne is tipping back the scale? 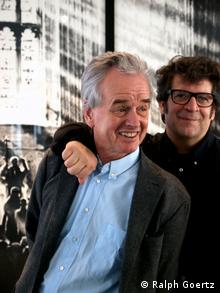 With the new director, Daniel Hug, who has brought style and an international perspective to the fair, Art Cologne has become an outstanding event.

How do you view the developments on the art market? Critics have said it's threatening to overheat. What's your take?

I can tell you that I don't believe these claims that it's threatening to overheat or tip. People always say that. At the end of the 60s and 70s, people used to say, "Oh things aren't going anywhere. These prices are crazy and the artists are crazy." But there's more money than there are good artworks and artists.

How do horrendous prices come about?

Take a painting that's been sold for an exorbitant price: Like a Rothko painting that's sold at auction for $120 million, including taxes. Fifteen years ago, I sold that painting for 800,000 Marks. That would have been around $500,000. That was the most beautiful, most significant work by Rothko. It was in a permanent collection and was only sold because of the price. 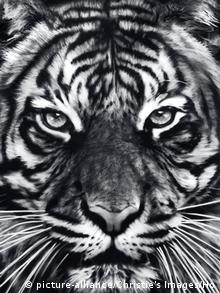 And now there's another Rothko that is supposed to sell for $40 million. There is a huge demand for Rothko, but no supply. The price is the only thing that will get the owner to sell, and that's how these crazy prices come about. It was never foreseeable that art would enter into this price segment.

Do you have a special relationship with the artists you work with?

There are always ups and downs when you work with artists, but actually I've always exhibited the same artists over the past 40 or 50 years. Of course new ones come along, too, like Zander Blom. And great friendships can develop, and that's very important. You depend on the artists to give you their best work. Like [Robert] Longo's "Tiger," which I'm showing here at the Cologne art fair. It's a great honor for me and also the artist, that he would give me such a work for Cologne.

Hans Mayer is the recipient of this year's Art Cologne Prize.

She is the most popular regent in Europe. The Danes, and others around the world, appreciate Queen Margrethe for her unpretentious manner and the closeness to her subjects. Birthday celebrations run for more than a week. (16.04.2015)