The art world has been slow to get online. But young artists are increasingly partnering with edgy digital start-ups to turn their creative passion into cash and reach new audiences - even if the big bucks are elsewhere. 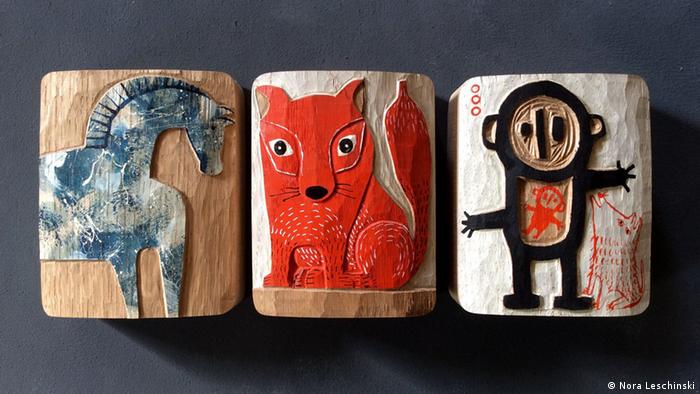 The wooden reliefs by Nora Leschinski can be found online, but they need to be experienced offline

Art Cologne, Germany's largest art fair, opens its doors on April 15 and Art Basel, the biggest of its kind in the world, follows in June. Both fairs have long traditions and draw tens of thousands of visitors each year. And both are primarily designed to be tangible: Visitors can experience art with at least most of their five senses.

The works of art on site are accompanied by gallery representatives equipped with freshly printed catalogues that still smell like ink. Though the Internet is omnipresent even for established art fairs, it serves a tangential role. As Art Cologne director Daniel Hug puts it, the Internet is primarily a communication accelerator between galleries and collectors, who no longer have to send and receive slides of artworks.

"Most collectors want see a piece of art with their own eyes before they go for it," he said. Even if the paintings or sculptures are often reserved in advance, the decision to buy follows a personal inspection at the fair, he added.

The market is small but creative

Nevertheless, online art sales are steadily growing, with 2.5 billion euros in revenue in 2013, according to the annual report of the European Fine Art Fair (TEFAF) found. The sum might sound large, but it represents only five percent of the art and antiques sales worldwide. But things are changing, thanks to a growing number of young, tech-savvy artists who are at home on the web. 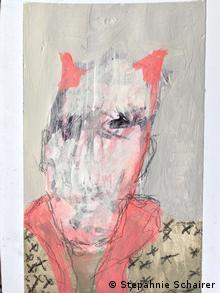 The online art market is growing, but it's still a small portion of the total revenue

"The net is a lucky find for me," said Stefanie Schairer. The Berlin-based artist actively uses the standard social networks as well as portals created exclusively for artists. "But," she said, "You shouldn't expect the Internet to be a fast starter. I don't just create a website and immediately sell my stuff. A website is like a seed that has to sprout; it requires patience."

"A website is like a catalogue on the Internet," commented Nora Leschinski, a skilled wood sculptor. She works far away from the seething art hubbub of the German capital, in the Thuringian province. This workplace is possible in part because of the Internet, she explained. "I spend several hours a day online. That allows me a reclusive life, close to nature." And yet people all over the world have access to her small sculptures, graphics and images.

Losing our sense of uniqueness

"The interest in young art is noticeable - it is actually enormous," said Jenny Seul. Her platform Start Your Art, established in 2011, performs online art auctions, mainly for young and unknown artists. As a trained art historian, Seul looks for a particular kind of artist. "These are not all people who studied art - but they need to be special in a way," she explained. "I'm looking for something I haven't seen before." She accepts on average one in 100 applicants.

"Real auctions are still the exception," admits Seul. "Usually the first bidder wins in the end." The prices are based on the type of object on auction - a drawing is usually less expensive than a statue - but also on the artist's effort and the object's size.

Auctions range from less than 100 to up to several thousand euros, though the high-end items are seldom sold. Still, said the entrepreneur, "People come back again after they've bought one. The second time they tend to spend more money, because they know that it works."

For Katalin Pöge of Mailetti, it's being unique that pays off. Her online startup offers hundreds of individual pieces by dozens of artists.

"People are willing to spend money on art," she says. "However, they've lost their sense of what is unique, what is a reproduction, a copy or a poster" - a phenomenon that digitalization is in part to blame for. Pöge said people actually print the images off the Mailetti website instead of buying them. "They want the picture, but they don't care whether it's an original piece of art or not. They don't even mind the bad printing quality." 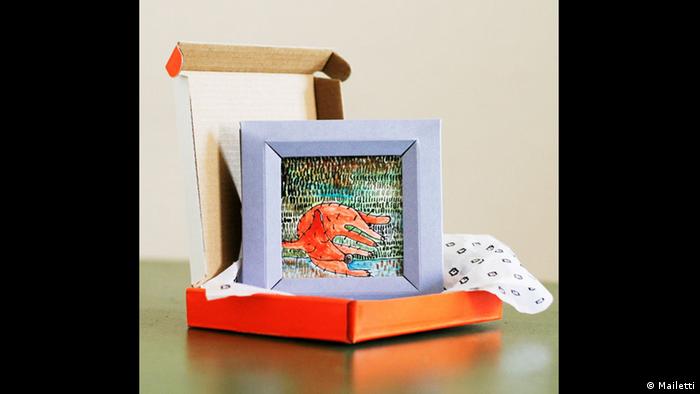 More than a poster: Online sellers want to create a sense of unique pieces of art

If the same Picasso that is exhibited in the Museum of Modern Art is sold in the furniture shop down the street as a poster, the idea of uniqueness is blurred, she says. To appeal to customers who want a tangible alternative to the one-size-fits-all, have-on-demand attitude in our screen-based society, the three founders of Mailetti send their art to customers by mail.

"Today, there's hardly any enjoyable mail," Pöge said nostalgically. "That was different once." The images fit into a standard mailbox so they don't have to be picked up in person. They all measure about 10 by 10 centimeters and are sold for 49 euros.

One price for every piece is one of Mailetti's main principles. The other affects the artists: They remain anonymous until one of their images is sold. This anonymity, the founders say, is the reason why some artists decided to be part of the company. "It's a little bit like playing the lottery. You buy something you like, but do not know who you're going to get."

Rent and do good

But it's not all fun and games in the online art world. "The Internet has a crucial problem," said Tricia Rampe. The founder of the US-based company Get Art Up explains that it can be difficult to sell higher priced original pieces online. That's why her company rents art to customers - for a monthly fee, of course. If they like the work, mainly by artists "who have the potential for a breakthrough in the art world," it can also be purchased.

For the millennial generation, says Rampe, "the ability to experience a luxury commodity like original art is an undeniable value proposition." But not everyone who likes art can afford to spend thousands of dollars at once of course. Renting "as a path to ownership this is a very nice solution for them."

Today, the art world understands better than ever that the Internet is an opportunity to simplify the process of selling art, says Marius Sowka. He founded the startup Artworkheroes in Copenhagen. He addresses customers who want to do good in addition to buying art pieces. 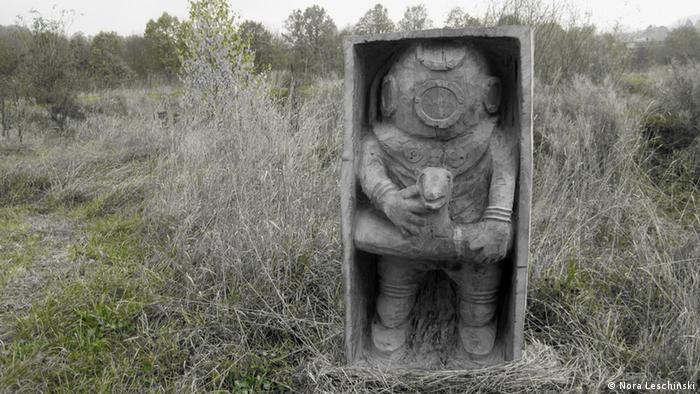 Online sales are often lower-priced, but the market is changing

Artworkheroes offers high-quality prints on paper, but also bags and clothing. "Each purchase means income for the artist, but also support for small, certified charity organizations," said Sowka. "We call our artists Artworkheroes because that is what they are. They beautify the world, but with the donations, also make it a little bit better."

According to the TEFAF Report, the art market will continue to grow by 25 percent each year. That will mean a turnover of as much as 10 billion euros by 2020, including online sales, auction houses and classical art vendors. The new generation of collectors is expected to increase their spending on art by a few hundred euros and invest in unusual forms, like sculptures and large-format paintings.

In the end, Internet-savvy artists like Nora Leschinski and Stefanie Schairer will benefit from this development. They're making the most of their networks to market themselves as far afield as possible and be everywhere at once. But will the artists rely solely on cyberspace?

"I create images on heavy oak blocks," says Nora Leschinski. Those could indeed be presented online, but color, weight, smell and feel "naturally play a big role." In terms of sensory impressions, the Internet fails. "It still is important to exhibit work in galleries as well as objects for sale on the Internet."

"You can't just replace the offline world," added Stefanie Schairer. The difference in maintaining contacts is just too great. "During an exchange between two people so much more happens."

An art museum in London is including the computer on which "The Guardian" had stored the NSA documents leaked by whistleblower Edward Snowden in its new show. The laptop was destroyed by the UK government. (02.04.2015)

Italian investigators have found Pablo Picasso's missing 1912 "Violin and Bottle of Bass" oil painting. The authenticated work was given to a retired frame maker in Rome nearly 40 years ago and then forgotten about. (27.03.2015)