German art historian Eike Schmidt is the first non-Italian to head Florence's Uffizi Gallery. He tells DW how his international experience will help, and why Italy is already doing a good job of cultural preservation. 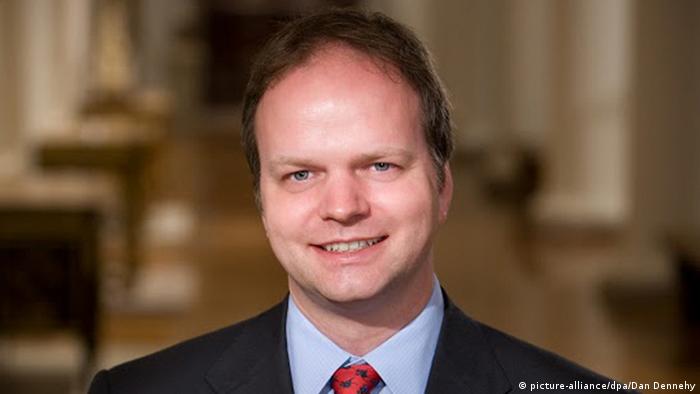 Mr. Schmidt, what made you decide to move from the US to Italy? What is the bigger draw - the career leap or living in the cradle of Renaissance art?

Eike Schmidt: Both. In the 90s, I spent seven years in Florence, where I did research for my doctoral thesis at the German Art History Institute. And since then I've been back to Florence many times. As an art historian, one always comes back to the cradle of culture - the Renaissance, but also Baroque and Neo-Classicism. That's a huge magnet. (laughs) At the same time, it's a major challenge for me to direct one of the most famous and most significant museums in the world. That's something that doesn't just attract me as an art historian, but also as a cultural manager.

What does it mean for you to be a German in such an Italian institution?

I love Florence. Even in the 18th century, when the House of Habsburg-Lorraine ruled in Tuscany, the early directory of the Uffizi were always Italians - not Austrians. (laughs) That means, it really is a novelty that I will have to live up to.

You have been curator at the National Gallery of Art in Washington, DC, at the Paul Getty Museum in Los Angeles, and at other prestigious institutions. You've also worked for an auction house in London. Was your wealth of international experience decisive for the jury?

I think that my international experience was certainly an important factor - combined with my contacts in Florence and my understanding of the Italian system. I do bring an international perspective. I know how certain things work in certain countries, including the US. That will definitely be very useful for the Uffizi in Florence.

Is it your goal to bring fresh energy to a traditional institution? Or will you be focusing primarily on acquiring funding?

The Uffizi already has energy. We have two million visitors per year and no shortage of exhibitions. It's more about dealing with the masses, securing new sources of funding and designing programs for an international audience. The visitors to the Uffizi are very international. A large percentage come from a broad range of countries and they have different expectations than Florentines, who've known the Uffizi since going to school.

How do you plan to acquire funding?

There are a number of options. First of all, there are private sponsors, then there are government resources. And we are strengthening our budgetary autonomy, so that the revenue from ticket sales flows back into the Uffizi and doesn't land in a big pool that gets distributed among many. But that can't happen overnight. That process is part of a larger museum reform effort that affects Italy's entire museum landscape and requires negotiations between the museums and the state. Of course, private sponsorship is also involved.

Compared to other countries, Italy has a remarkably high concentration of cultural treasures. At the same time, the state culture budget is empty. What should Italy be doing to preserve its cultural assets?

That's something all countries need to be doing. Italy, at least, has the third largest economy on the European continent. Despite all the prophecies of doom, Italy is very strong, particularly in the area of culture. Even in the smallest villages, extremely significant artworks can be found. That means the financial demands of preserving the works are high. But at the same time, cultural tourism in Italy is very big.

Can cultural tourism be made even more profitable for Italy?

The possibilities of turning cultural tourism into money certainly haven't been exhausted.

What is the first thing you'll do in office in Florence?

I don't know yet. I don't even know when I'll start, but probably in October. Before then, I'd like to finish up a few loose ends in Minneapolis. [Eds: Eike Schmidt has been the James Ford Bell Curator of Decorative Arts and Sculpture at the Minneapolis Institute of Art since 2009.]

Italy has announced the appointment of seven foreigners to head national museums as part of a move to revive cultural attractions. New hires are to be tasked with instituting reforms sought by the Culture Ministry. (19.08.2015)

'Selfie-sticks' taboo in many museums

"Time Magazine" called this artificial arm extension for photography so loved by tourists one of the 25 most important inventions of 2014. However, for many museums the so called selfie sticks are an eyesore. (10.03.2015)