Italy has announced the appointment of seven foreigners to head national museums as part of a move to revive cultural attractions. New hires are to be tasked with instituting reforms sought by the Culture Ministry. 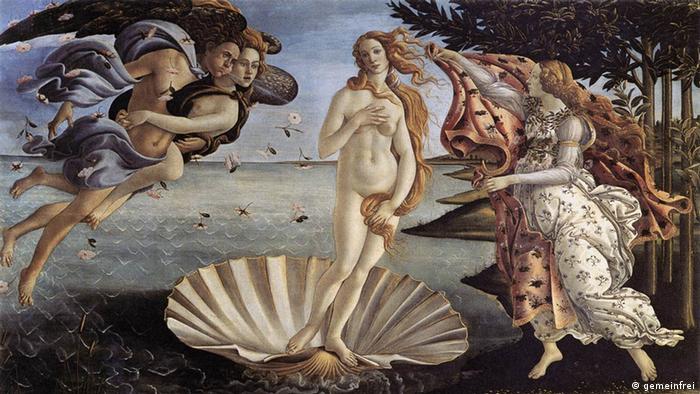 Italian museums that house masterpieces such as Michelangelo's "David" and Botticelli's "Birth of Venus" will soon be run by foreign directors for the first time, Italy's Culture Ministry announced Tuesday.

An international search has ended with the selection of 20 new managers - half men, half women - to lead some of the top museum collections in the world. Seven of the candidates are non-Italian with a mix of Germans, Austrians, a Briton and a Frenchman selected.

"It is a historic step for Italy and its museums, which makes up for years of delays, which completes the reform of the ministry and lays the foundation for the modernization of our museums," said Culture Minister Dario Franceschini.

The appointments are part of a ministry-wide reorganization aimed at boosting Italy's capacity to preserve and promote the state's artistic and architectural collections.

Italy's museum officials have admitted to a past plagued by mismanagement and neglect.

"The museum system was sclerotic. A weak system: inadequate resources and paralyzing rules," Paolo Baratta, tasked by the ministry to guide the selection process, told the "La Repubblica" newspaper ahead of the announcement.

Among the new managers is German art historian Eike Schmidt, 47, who will take over at the Uffizi Gallery in Florence. Another German, 48-year-old Cecilie Hollberg, will head the city's Accademia Gallery.

Austrian Peter Aufreiter, 40, will take over the National Gallery of the Marches in Urbino. Fellow countryman Peter Assman, 61, will run the Ducal Palace in Mantua.

France's Sylvain Bellenger, 60, an art historian, is to take the helm of the vast Capodimonte Museum in Naples. German Gabriel Zuchtreigel, a 34-year-old archeologist, will oversee the Paestum archaeological site near the city.

The appointment of foreign directors to oversee some of the country's finest treasures has drawn domestic criticism.

"Why did there absolutely have to be seven foreigners? And why precisely 10 men and 10 women?" Sgarbi said. "It was a sort of political correctness ... for show."