Foam insulation factories in China are responsible for a mysterious increase in CFC production, according to a new study. The gases, which damage the Earth's ozone layer, were supposed to be phased out by 2010. 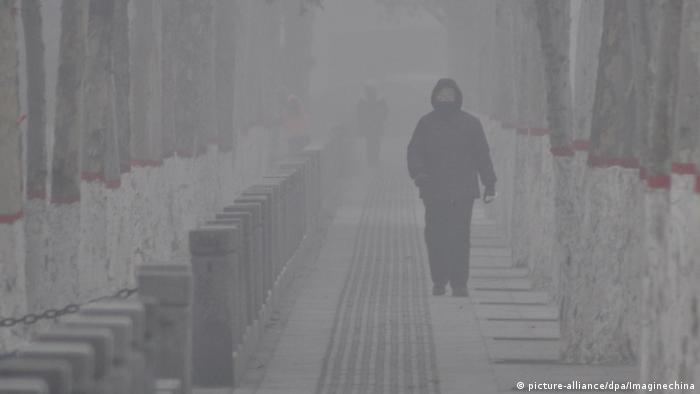 Australian and international investigators believe that a region in northeastern China is producing ozone-layer-destroying chemicals in breach of a global agreement to phase out so-called CFCs.

A study published in the science journal Nature on Wednesday traced a mysterious rise in emissions of the chlorofluorocarbon gas CFC-11 to the area around Shandong and Hebei provinces. 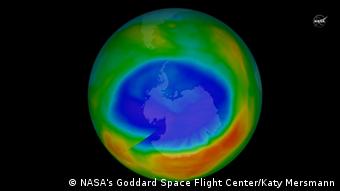 The ozone hole has been recovering

"CFCs are the main culprit in depletion of the stratospheric ozone layer, which protects us from the sun's ultra-violet radiation," said lead author Matt Rigby, an atmospheric chemist at the University of Bristol.

"This research identifies the major source region for new CFC-11 emissions as eastern mainland China, likely due to the new production of insulating foams used in buildings, which is not permitted under the Montreal Protocol," said Paul Fraser, one of the paper's authors.

"Increased emissions of CFC-11 are of concern because it is a powerful ozone-depleting chemical. If emissions do not decline, it will delay the recovery of the Antarctic ozone hole, possibly for decades," he added.

Read more: Healing the ozone layer: a ray of hope for planet Earth?

In 1985, scientists discovered a hole in the ozone layer that protects the Earth's surface from harmful ultraviolet radiation above the Antarctic, which led to the Montreal Protocol of 1987.

That deal agreed that the chemicals, used as a coolant in refrigerators and to make plastic foam and other products, would be phased out by 2010.

The concentration of CFC-11 gas in the atmosphere has declined significantly since the mid-1990s, though researchers have noticed a slowdown in that decline since then.

A report last year by the UK-based non-profit Environmental Investigation Agency said it had collected evidence from 18 companies in 10 Chinese provinces that showed use of CFC-11 is "widespread and pervasive" in factories that make insulation foam for buildings.

Banned chlorofluorocarbons (CFC) are being blatantly used in China's plastic foam industry, claims a green campaign group. A recent spike in emissions of the gas, a potent destroyer of ozone, has baffled scientists. (09.07.2018)

Video explainer: Whatever happened to the hole in the ozone layer?