The EU Commission has sought help from an expert advisory panel in talks on an EU-US free trade deal. Observers argue the group is just a fig leaf, and that the negotiations will still largely take place in secret. 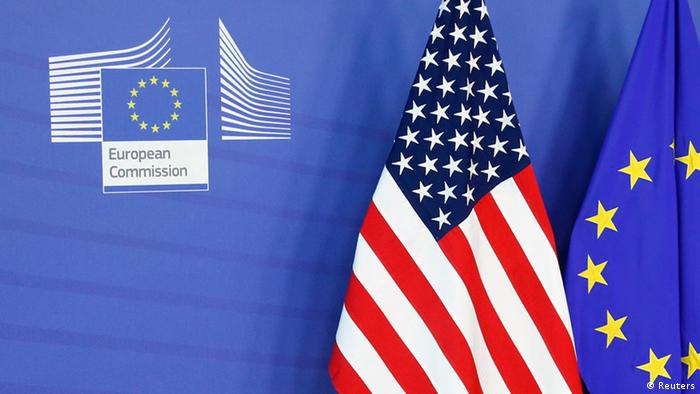 What do the director general of the European Consumer Organization and a director of the German Chemical Industry Association have in common? Both Monique Goyens and Reinhard Quick, as well as a dozen other experts from different associations, sit on the official panel advising the European Commission in talks with the United States about a free trade deal, the Transatlantic Trade and Investment Partnership (TTIP).

"The members are experts in consumer interests, labor law, the environment and public health, business, manufacturing, agriculture and services sectors," said the commission, when it launched the advisory group in Brussels on January 27.

The EU Commission, the European Union's executive arm of government, sought advice even before the negotiations with the US got underway. According to Max Bank from the non-governmental organization LobbyControl, these consultations were far from neutral.

"The Commission was advised primarily by corporate lobbyists," he said. "If you were to convert that into a percentage, 93 percent were corporate lobbyists, while only 7 percent of consultants were speaking on behalf of consumer protection associations, trade unions and civil society organizations."

The NGO compact.de also kept a close eye on the negotiations between the EU and the US. One of the group's campaigners Maritta Strasser said the approach to the consultations so far has tended to focus on talks with industrial groups.

"There have been 119 meetings with industry representatives and less than 10 with other parties," she said. "That already illustrates whose interests are given more weight." 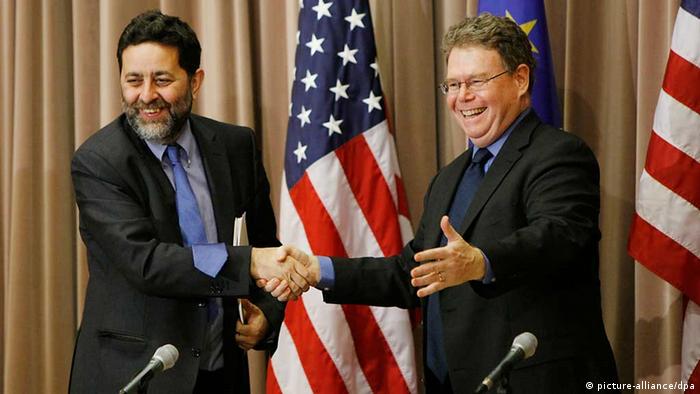 The establishment of a free trade zone on both sides of the Atlantic would affect the lives of around 800 million people, and create the largest trading block in the world. The resentment over the appointment of 14 consultants to one side of the negotiating table alone shows just how difficult reaching a deal may prove to be.

Detlef Wetzel, chairman of the IG Metall trade union, said he expects little from the advisory panel. "It's nothing more than a fig leaf," he said. Strasser used the same metaphor: "This panel is just a public participation fig leaf." LobbyControl activist Bank also called the panel unhelpful, adding "this EU Commission initiative is more of a PR offensive than a step towards greater openness."

It's the lack of transparency that Wetzel and the activists, Strasser and Bank, said they find most concerning. Strasser took issue with the commission's decision to select the experts itself. The panel, she said: "wasn't elected. For it to be representative it should have been legitimized in some way, not hand-picked," she said.

For Bank, the commission is making a big mistake by keeping the negotiations hidden from the public. "Those in this panel have to sign that they will keep all the contents of negotiation documents secret." Such a declaration isn't unusual, but it's not always the way the things are done. In this case, Bank said he sees "no reason for the talks to take place in secret." 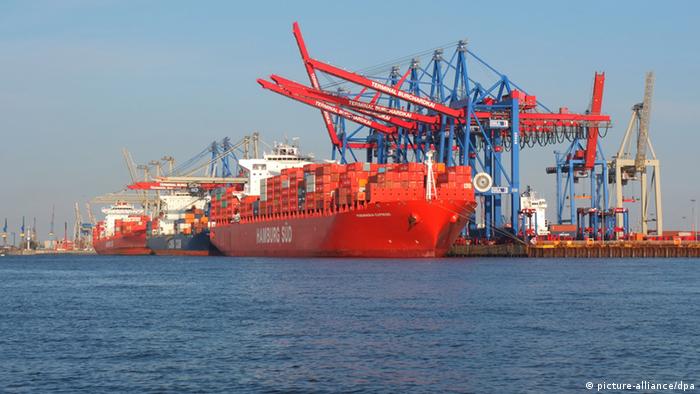 Trade relations between the EU and US are already cosy

If the expert panel is required to keep everything they hear and read to themselves, it also means they can't confer with their respective organizations or associations. Wetzel said this stifles discussion.

"All the negotiations are secret, there isn't any transparency," he said. "We don't feel like we're involved in this process because we ultimately have no influence."

Strasser agreed. She said EU bureaucrats can't expect the public to get on board with the trade agreement if there are no changes to the way consultations are held: "The public will accept the agreement at some point only if you put the items up for discussion. But you can't get acceptance with secrecy." 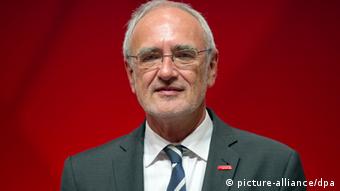 Detlef Wetzel isn't holding his breath for a good result

No place at the table

The chairman of IG Metall, which is incidentally the largest single union in the world, has already called for the negotiations with the US to be cancelled.

"This is an attempt to make a deal that will only benefit a very select few, and there are many disadvantages," said Wetzel. "The EU Commission is using its authority to do something that is in no way in the interest of the people."

Wetzel was particularly disturbed by the possibility that, in his view, the TTIP may not actually have its intended effect. There is little change that such a deal will positively impact economic growth, he said, referring to a report commissioned by the EU. The report predicted a probable growth rate of just 0.5 percent over several years. Wetzel called so much work for such a small predicted return ridiculous: "Even the weather would have a bigger influence on the economy!"

Negotiations on a transatlantic free-trade zone will enter their crucial phase in March. EU Trade Commissioner Karel De Gucht explains his strategy in a DW interview. (19.02.2014)

EU freezes part of transatlantic trade negotiations with US

The EU has put one area of its negotiations with the US for a transatlantic free trade deal on hold. Brussels has expressed concern over provisions that would allow corporations to sue governments in private court. (21.01.2014)