As swine flu infections increase around the world, governments in wealthy nations are stocking up on vaccines, leading to concerns that supplies will dry up before people in developing countries are immunized. 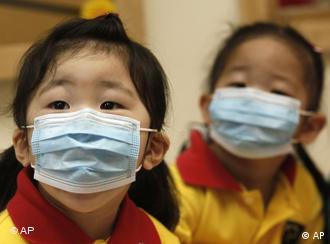 The world's labs may only be able to produce around 900 million vaccine doses against the A(H1N1) flu strain per year, for a planet that is home to 6.8 billion people, according to unofficial estimates from the World Health Organization.

While pharmaceutical companies have said they will be able to make more of the flu drug, because each potential victim needs two doses, many in the developing world will likely struggle to get adequate amounts of the vaccine.

"The lion's share of these limited supplies will go to wealthy countries," WHO director Margaret Chan said last week. "Again we see the advantage of affluence. Again we see access denied by an inability to pay." 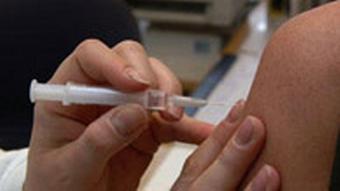 The United States has set aside at least a billion dollars to buy vaccine, and Britain hopes to protect at least half of its 60 million population by the start of next year and the other half as soon as possible thereafter.

German states have said they intend to purchase 50 million doses of the drug and would consider buying more if the need arose. Health ministers agreed to buy mass vaccinations in September.

France has placed a firm order for 94 million doses of vaccine doses and an option for 36 million more. Starting in October, it hopes to be able to protect each and every member of its population of 64 million.

"We expressed our concern about being able to count on the vaccine when it starts going on sale," Argentina's Health Minister Juan Manzur said last week after meeting worried Latin American colleagues. "We have information that much of the production is already reserved." 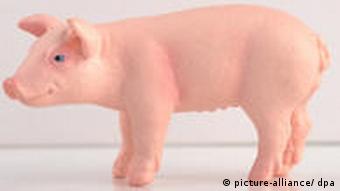 Existing medicine has, so far, been successful at treating the A(H1N1) virus

Some countries and independent experts have questioned whether immunizing every man, woman and child is an effective strategy and have called for authorities to focus on providing the vaccine to health workers and the most vulnerable patients in order to conserve stocks.

That's the plan that Germany's 16 states agreed to earlier this month when health ministers said they would get enough of the vaccine for a third of the German population.

"Vaccine for 30 percent of the population is enough to vaccinate the 7 million people in the health sector, another seven million in the public service and risk groups such as pregnant women or children," Peter Wutzler, president of the German Association for the Fight Against Viral Disease, told the AFP news agency. 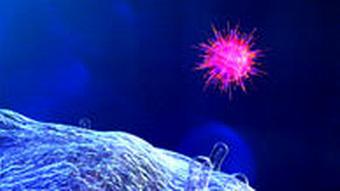 The virus could become more - or less - dangerous if it mutates

The WHO has said it is engaged in talks with pharmaceutical companies to donate or provide the drug to developing nations at lower cost. The organization is also requesting highly industrialized nations to donate some of their stockpiled drugs to the developing world.

The swine flu outbreak, which is officially called the A(H1N1) virus because of its ability to infect many types of animals - not just pigs - has become "unstoppable," a WHO official told the dpa news agency.

More than 800 deaths have been linked to the virus, and though the WHO no longer provides figures on the number of infected people worldwide, swine flu has spread to 160 of the organization's 193 member states.

Experts warn that the virus, which has largely been treated with two existing anti-flu drugs, might mutate and become more deadly. It remains unclear if a vaccine currently under development would be able to protect humans from a mutated form of the virus.

Amidst a sharp increase in swine flu cases, German authorities are ordering vaccines but have no plans to take more drastic measures. (24.07.2009)

22.5 million people can be vaccinated in the first stage of a massive anti-swine flu scheme that starts in September. Health and public workers, as well as chronically ill people will get the flu shots first. (17.07.2009)