As a 2017 European Capital of Culture, Aarhus has joined with 18 of its surrounding municipalities to present a full schedule of events and special cultural offerings for visitors to Denmark's second largest city.

With a wealth of museums, galleries and cultural offerings, Aarhus has become one of Denmark's liveliest cities, yet it receives considerably less attention than the capital city, Copenhagen. That's set to change in 2017, as Aarhus has been selected as one of two European Capitals of Culture.

Designating a city as a cultural capital dates back more than 30 years to 1985, when the Greek and French ministers of culture proposed the idea as a means of drawing people from around Europe closer together by celebrating the common history and values from across the continent while highlighting a place's unique qualities. In that respect, Aarhus, one of Denmark's oldest cities and filled with history and contemporary attractions, is the perfect fit.

Though ruins have been found dating back to around 830, in the early Viking Age, it wasn't until the mid-1800s that Aarhus really found its place on the map. Originally named Aros, which in old Danish means "the mouth of the river," the former viking settlement really grew once its harbor expanded in 1850. Now the busiest port in Denmark, it receives both container and cruise ships regularly. The modern city - the largest on the Jutland peninsula - is highly livable and pedestrian-friendly. Butting up to the sea on one side and surrounded by forests, nature is ever-present there.

With around 300,000 inhabitants, Aarhus is Denmark's second largest city and home to nearly 40,000 immigrants from some 130 countries. It has a large Turkish community and is home to numerous former refugees who fled the fighting in Somalia decades ago. That diversity is exemplified in the unique "Bazar Vest." The collection of shops run mainly by immigrants has won prizes for its enculturation efforts. It is Aarhus' diversity that sets it apart from other major Nordic cities.

Still, despite its size and modern amenities, Aarhus has gone largely unnoticed on the international level - something that it is hoped the designation as European Capital of Culture will change. Organizers expect more than five million visitors throughout the year. To prepare for them, they've created a more than 500-page program guide focusing on all of the cultural activities on offer in the city and highlighting the special events planned for 2017. Mainstays include the ARoS Aarhus art museum, with its rainbow-colored panoramic walkway designed by Icelandic artist Olafur Eliasson. The open-air museum, "Den Gamle By," (The Old Town), showcases the daily life of the city's inhabitants down through the centuries, from the time of fairy tale scribe Hans Christian Andersen to the hippie heyday of the 1970s. At "Tivoli Friheden," visitors can ride roller coasters and play arcade games. 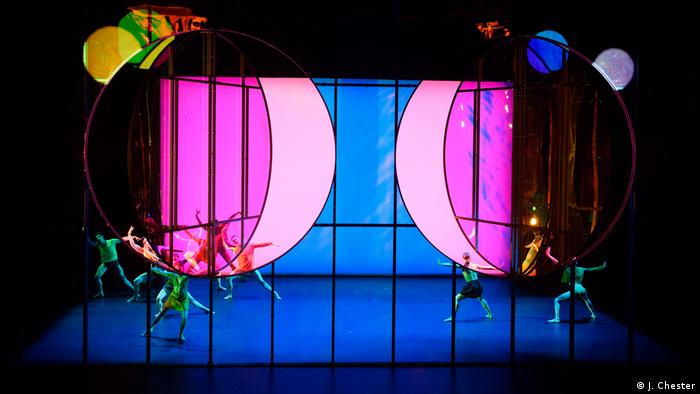 For Aarhus 2017, the city joined forces with 18 of its surrounding municipalities to enhance the everyday offerings with a year full of wide-ranging cultural offerings that celebrate local Danish heritage and look to the future for ideas to advance the greater European community. Under the motto "Let's Rethink," organizers have emphasized considering Aarhus 2017 not as a one-off event, but instead a movement encouraging everyone to use culture to consider sustainable solutions to the challenges the world is confronting today, from climate change to social exclusion.

"We hope that the different perspectives and creative energy expressed by the outstanding artists assembling in Aarhus will be a catalyst and resource for managing those changes."

The festivities kick off on January 21, 2017. In a grandiose event by British artistic director Nigel Jamieson, a light procession will flow from the Musikhuset theater to the city harbor. With more than 5,000 local participants and several thousand lanterns, the event highlights local heritage with six large viking ships and over a thousand choral singers. Faroese singer Eivör and members of the Aarhus Jazz Orchestra and Aarhus Symphony Orchestra will also take part.

Throughout the year to follow, special full moon events will take place on a near-monthly basis. Internationally renowned artists will visit Aarhus for special performances. These include "Tree of Codes" performed by the Paris Opera Ballet in April. Choreographed by Wayne McGregor, it is set to music by Jamie XX and features lighting by Olafur Eliasson. Also scheduled is "Distant Figure," a collaboration between composer Philip Glass, choreographer Lucinda Childs and American stage director Robert Wilson. 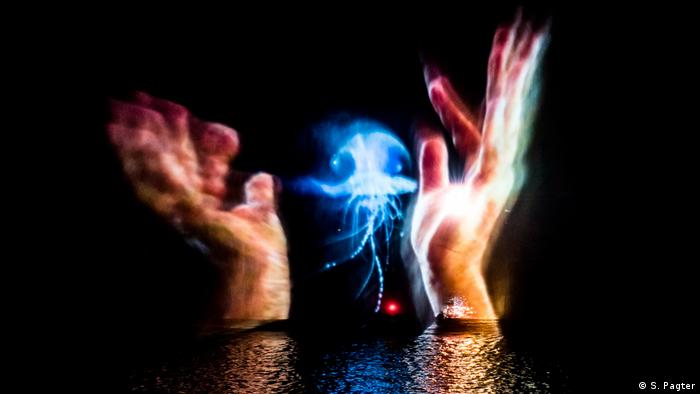 One stunning highlight on the calendar will be a water music show. Taking place in Randers on September 2-3, 2017, the spectacular theatrical performance retells the viking legend "Red Serpent" an will feature Danish singer and composer Oh Land joined by hundreds of other performers, including acrobats.

These special performances enhance an already thriving local culture scene in the city. Playing host to numerous festivals throughout the summer months, Aarhus has created a name for itself over the past decade among music lovers. From May 4-7, Spot Festival will feature a number of bands from Denmark and the Nordic region. The renowned Northside Festival follows on June 9-11 with a line-up to include internationally popular musicians like Frank Ocean and The Kills. Jazz fans will find their tastes accommodated at the Aarhus International Jazz Fest and the Riverboat Jazz Festival in nearby Silkeborg from June 21-25.

Over 50 years old and one of Scandinavia’s largest events of its kind, the Aarhus Festival will take over the streets, museums and nightclubs of the city from August 25 through September 3. Under the motto of "Bridging," it includes not only live music acts but also dance performances and acrobatics as well as children’s entertainment. A food festival highlighting Nordic cuisine is scheduled for the festival's closing three days, so visitors can experience events appealing to all five senses. 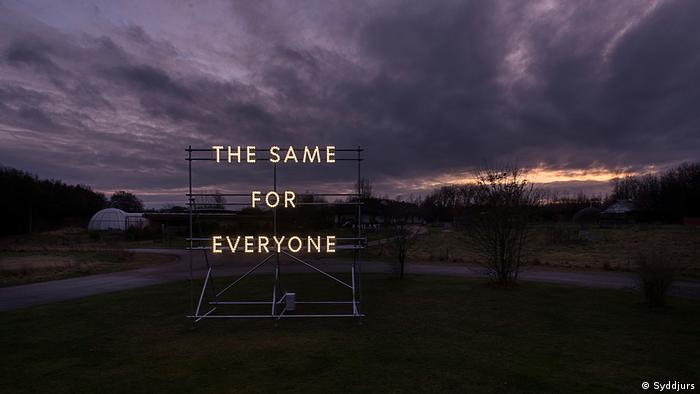 Across Europe, 2017 will be the year in which many celebrate the Lutheran Reformation, reflecting upon the theses set out by Martin Luther 500 years ago. Acknowledging the influence Protestantism has had on Denmark and its culture, organizers have set aside space for belief and contemplation under the "Let's Rethink" motto. One illustration of this belief system can be seen at ten locations around the area, where illuminated signs by Scottish artist Nathan Coley read "Same for everyone," expressing the shared Danish value of equality.

With so much on offer, there is sure to be something for nearly everyone in Aarhus in 2017. Even Queen Margrethe II of Denmark, patron of this year’s European Capital of Culture, is excited about the year to come, as she noted in her New Year's address:

"I am looking forward to visiting Aarhus. The city has much to offer, also to the rest of the world."

From trash butlers and bike lots to regionally grown food, Denmark's NorthSide music festival is setting trends for its environmentally-friendly policies and cleanliness. But is it catching on with music fans? (30.06.2016)

The city in Denmark will share the title with the city of Paphos on Cyprus. The planned events under the motto "Linking continents - bridging cultures" will make both locations very attractive travel destinations. (02.01.2017)

Denmark's NorthSide: How to put on a green music festival

From regional barbecued meats to "trash butlers," NorthSide music festival in Aarhus, Denmark, is a trendsetter with its commitment to sustainability. Festivals in Germany are about to jump on the green bandwagon. (20.06.2016)

Season five of Project Fussball is here and this time our focus is on the Women's Euros 2022 in England. In this episode we take a closer look at the prize. What does it take to win this tournament? We travelled to the Netherlands to speak to the defending champions, including star striker Vivianne Miedema.