Bacteria that are resistant to antibiotics are threatening the fight against infectious diseases, warns the World Health Organization. Misuse of antibiotics has created so-called 'superbugs.' 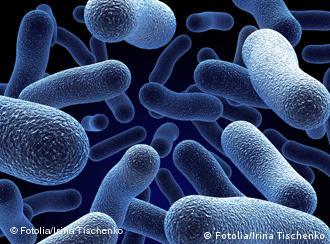 The world is heading towards a post-antibiotic era, in which many common infections will no longer have a cure, the World Health Organization (WHO) warned in a new study this week.

Antibiotics are less likely to work on infections, which leads to prolonged and expensive treatment and greater risk of death.

According to the European Center for Disease Prevention and Control (ECDC), about 25,000 patients die in the EU from an infection with multidrug-resistant bacteria every year.

"The situation is getting worse with the emergence of new bacterial strains resistant to several antibiotics at the same time (known as multidrug-resistant bacteria)," the ECDC wrote in an e-mail sent to Deutsche Welle.

"A major antibiotic resistance problem in hospitals is the emergence of bacteria that are resistant to last-line antibiotics," the message continued.

"Such bacteria may eventually become resistant to all existing antibiotics. Without antibiotics, we could return to the 'pre-antibiotic era,' when organ transplants, cancer chemotherapy, intensive care and other medical procedures would no longer be possible. Bacterial diseases would spread and could no longer be treated."

Other health officials agreed with this dire assessment.

"The bacteria are going faster than we are," Mario Raviglioni, director of the World Health Organization's Stop TB Programme told Deutsche Welle. Bacteria select strains that become resistant. And the pipeline for new antibiotics is dry." 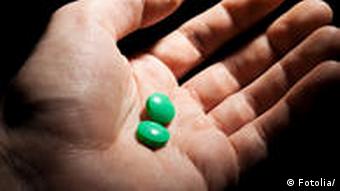 There are several reasons behind the increased level of resistance. The first is that it has become increasingly difficult to find new classes of antibiotics. The second is sheer Darwinian evolution, which has shown that bacteria have adapted to resist these new drugs.

Finally, and perhaps the more important obstacle has been the lack of incentive. Pharmaceutical companies are focusing on more lucrative diseases like Alzheimer, obesity and diabetes rather than on new types of antibiotics.

"Humanity is loosing the capacity to fight back," Raviglioni said.

The NDM-1 gene, which makes bacteria resistant to most antibiotics, was found in India's drinking water supply by scientists from the University of Cardiff in a study published in the British medical journal The Lancet on Thursday.

"There is a massive overuse in East Asia, particularly in India," said Mark Toleman, a researcher at the Cardiff University School of Medicine, who was also part of the Cardiff study. "You can buy antibiotics at the local shop around the corner. And especially if you're poor, you are likely buying one tablet only."

But in order to kill all bacteria, you need to finish the prescribed dose of antibiotic, otherwise the remaining bacteria may adapt to the drug.

"It's a similar problem we are having in the West," Toleman added. "Antibiotics are prescribed for viral infections even though it doesn't make sense or simply because the patient insists of using it. But it's worse in East Asia, because often they don't see a doctor at all."

As the NDM-1 genes are resistant to carbapenem antibiotics, the most effective weapon against infections with a broad spectrum of antibacterial activity, it becomes increasingly difficult to treat infections, which some people pick up while travelling.

"[The NDM-1] appears to be very mobile, and it has spread to numerous species of bacteria," Toleman said. "The speed of transfer between different bacterial species is unparalleled, its the fastest that we have seen so far. It's really worrisome."

The NDM-1 gene has already been found in patients in the UK. 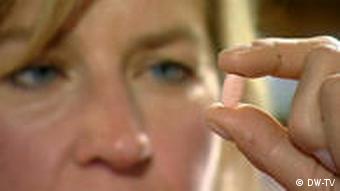 Scientists say that new antibiotics are being produced far too slowly

Scientists say that it will take at least eight years until there are new antibiotics that will effectively combat NDM-1, but they also note that the research needs to pick up now.

Scientists from the universities of Birmingham and Bristol in the United Kingdom have discovered how marine bacteria puts together two antibiotics which it produces to combine it to thiomarinol - a molecule which could work as a new kind of antibiotic.

"This will allow us to create a whole new family of antibiotics which could be used against resistant MRSA strains and potentially other bacteria including gram-negative bacteria like Escherichia coli and Klebsiella pneumoniae," explained Chris Thomas from the University of Birmingham, in an interview with Deutsche Welle.

But going from laboratory to pharmacy could take at least a decade, he added.

"We need new antibiotics, and we need to treat them differently than in the past," he said. "If we have a new fantastic antibiotic, we are going to use it only in rare cases. But then, it becomes less lucrative for pharmaceutical companies to invest."

Disease is spreading across Asia

One of the UN Millennium Development Goals is to curtail the spread of HIV/AIDS, malaria und tuberculosis by the year 2015. Between them, these three diseases cause around five million deaths a year. (26.05.2010)