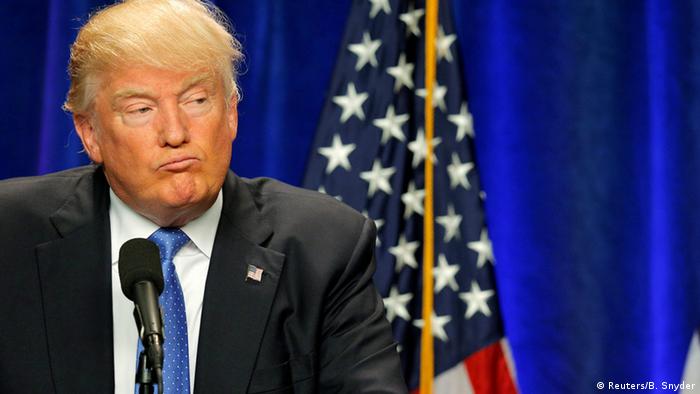 DW: What made you decide that you cannot cast your ballot for Donald Trump?

Art Sisneros: When I was first elected to this honorable position I realized that I didn't understand a whole lot about the history of it, so I began to study what the electors responsibility was when the Electoral College was created, and I discovered that they were to vote their conscience and not necessarily the will of the majority of the people. They were elected as a representative head to vote their conscience.

So when I realized that historically this was the role of the electors, I asked myself: "What does my conscience direct me to do?" And as a Christian I realized I must go to the Bible and see what it says about who I should elect and [whether] it [addresses] voting. And I found it does, and it gives specific guidelines for what type of person we should be electing, and I realized that Mr. Trump does not meet those qualifications. 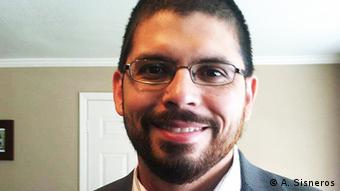 Art Sisneros is a Republican from Texas

From your Christian standpoint, in what way did Donald Trump not meet those qualifications for president?

They are very basic and not extremely complicated. It is supposed to be a guy that fears the lord, that rules justly and fairly according to God's standard, and that means that we don't favor certain groups of people or certain friends. It means that the law is equal to all people. It means we don't steal from them and that we don't use the government to our own advantage.

You can see that even as a businessman he has used the government and lobbied unfairly to his own advantage, he has used eminent domain to take the private property of someone else for his own business. He has just been an individual that has taken advantage of his influence and used it to his advantage. I understand him doing that, but that means that I don't think that as an official he would treat everybody fairly.

Was there a certain moment that triggered your decision or was this more of a process?

It was more of a process. He was the same. Nothing in Donald Trump changed from a year ago to six months ago to today. It was more of a process in my conviction of what I need to be voting for. Once that standard was clearly set in my mind, then at no point was he ever qualified or did he ever fit that role. It wasn't so much a Donald Trump change than my understanding of what the qualifications are.

You decided to withdraw from your role after you had received a lot of criticism when you said you could not vote for Donald Trump. Have you ever regretted your decision?

I am convinced it was the right decision. The standards are still the same, and I don't think anything changed in him. He is still not qualified. The main reason I resigned was that in the election process in our state, in Texas, there is a pledge that you should vote for the nominee. And so people elected me on that, and I didn't tell them I wasn't going to and [about] the evolution in my thinking. So they are still going to get someone who can vote for the nominee, and I have made my point that it can't be me because I can't compromise.

Do you have message or something you want tell other Republican electors, seeing as during the course of the campaign many Republicans had doubts about Trump?

I think the biggest takeaway is that as electors they need to understand what their position is. And that role was never created for them to rubberstamp a popular vote. That is not our system. Our system is not a pure democracy in that sense, it is more of a republic. So they need to consider what their role is and consider what their conscience says. I don't direct people to say: "you need to think this way." I just explain how I am thinking, but you need to vote how your conscience is telling you to.

Art Sisernos is a Republican from Texas. He resigned from his role as an elector because he decided that he could not cast his ballot for Donald Trump.