The non-denominational Christian relief organization Open Doors has said about 100 million Christians face persecution around the world. The group pointed to an increase in persecution in Africa and the Arab world. 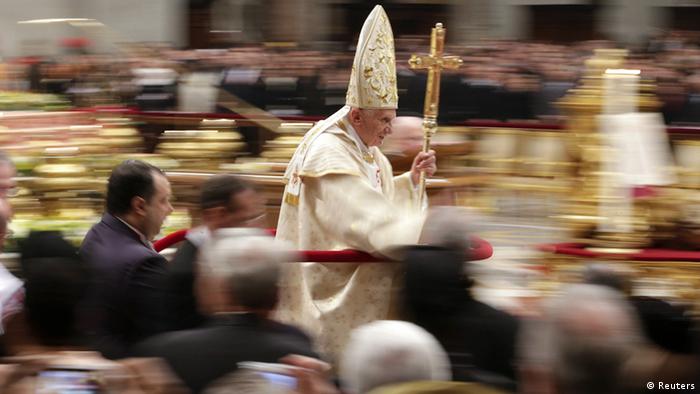 Open Doors publishes its report on persecution once a year, concluding that "an estimated 100 million Christians" faced persecution around the world in 2012. The group said 49 of the 50 worst countries for Christians to live, with the exception of 46th-placed Colombia, were in Africa, the Middle East or Asia.

The US-based relief organization placed North Korea at the top of its index as usual, followed by Saudi Arabia and Afghanistan. The top three was unchanged from the 2011 ranking.

"There are over 65 countries where Christians are persecuted," said the report, published on Tuesday.

"In recent years, we've been hearing that Christianity is the most persecuted religion in the world – that sounds right to us," Michel Varton, the director of Open Doors France, said.

Statistical and comparative evidence is difficult to attain on such matters, but Christianity has by far the most followers of any world religion, with the Pew Forum on Religion and Public Life estimating there are more than 2 billion Christians - or almost a third of the world's population - on the planet.

Syria went from 36th in 2011 to 11th position in the Open Doors index, with the report pointing to a perceived connection between Assad and the Christian minority making them targets for attack.

Similarly, Mali was put in seventh position after receiving no listing last year, amid the apparent imposition of sharia rule in some northern parts of the country. An Islamist group, Ansar Dine, is among two rebel forces that have taken control of much of Mali.

Mali, Tanzania, Kenya and Uganda all appeared in the top 50 for the first time.

The parliamentary chairman of Chancellor Angela Merkel's Christian Democratic Union, Volker Kauder, said the report's findings were "alarming," and that "German politics must unabatedly take up the cause of those who are persecuted or harried because of their beliefs."

In Iraq, Christmas is becoming many Muslims' favorite new holiday 23.12.2021

More Iraqi Muslims are celebrating Christmas than ever. Yet Iraq's Christians are an endangered minority and some Muslim clerics are vehemently against it. So why are there so many Christmas trees in Baghdad?

German troops have been stationed in Mali for nearly nine years. But the Bundeswehr's mission might soon be over. Critics in Berlin are questioning its purpose. And Mali itself is looking out for new allies.

Can South Korea's archbishop help pave the way for a papal visit to North Korea? 17.06.2021

The first Korean appointed to a senior position in the Vatican hopes to improve North-South relations through a visit by Pope Francis. But analysts warn such a visit could appear to legitimize the North Korean regime.