German federal police plan to take systematic action to combat group sexual attacks like those in Cologne on New Year's Eve, a paper says. They say such a phenomenon was unprecedented in Germany until now. 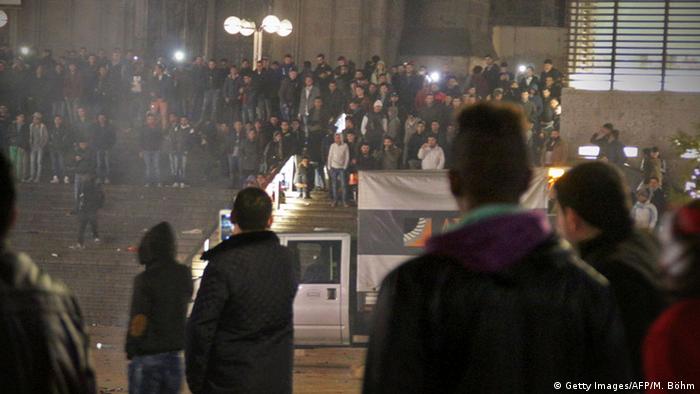 Germany's Federal Criminal Police Office (BKA) told the Sunday newspaper "Welt am Sonntag" that it would collate information from across Germany on attacks like those in Cologne to gain an overview of the situation, which would then serve as a basis for coordinated action.

"For this, we will gather the facts on similar incidents from all the German states to provide an exact picture of the situation," the BKA said. This had been agreed with police chiefs in the various German states.

This information would then allow the systematic implementation of measures to combat the problem of sexual assaults on women carried out by groups, according to the BKA.

The paper cited the BKA as saying that it took "the events of New Year's Eve and the associated public uncertainty very seriously."

Although police forces in the German states are under the administration of each respective state, the BKA is tasked with coordinating cooperation between them when necessary.

The news comes in the wake of a series of sexual assaults and robberies targeting women carried out on New Year's Eve in Germany by groups of men who were described by witnesses as being of North African or Arab origin. Most of the attacks occurred in the western city of Cologne, where there have been almost 400 complaints to police, but similar incidents were also reported in Stuttgart in the south and Hamburg in the north.

The BKA told "Welt am Sonntag" it was aware that such public sexual harassment of women by groups of young men was a familiar phenomenon in some Arab countries, but that incidents such as those in Cologne were unprecedented in Germany up to now.

It said, however, that pickpockets in Germany were often known to rob their victims after distracting them by jostling them under the pretext of asking them to join in a celebration.

This tactic was also frequently employed by young North African men, mostly acting in small groups, according to the BKA. 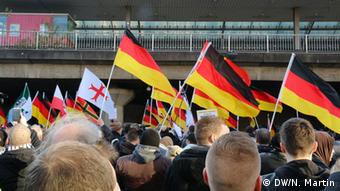 The New Year's Eve assaults in Cologne have fueled an already heated debate on migration policy. Several suspects have been identified by police as asylum seekers, providing grist to the mill of those who believe that Germany's security is endangered by the current influx of refugees to the country.

German Justice Minister Heiko Maas told the Sunday edition of "Bild" newspaper that he believes the New Year's Eve attacks were planned in advance, and called for an urgent investigation to find out "how such repulsive acts could occur."

The men who attacked women in Cologne on New Year’s Eve have internalized an Islamist fundamentalist view of women, says Lale Akgün, an expert on Islam-German relations. But that view has no place in German society. (08.01.2016)