While the Berlin Wall remains a symbol of German division and the brutal former East German regime, a new project aims to focus attention on the many victims of the equally forbidding East-West German border zone. 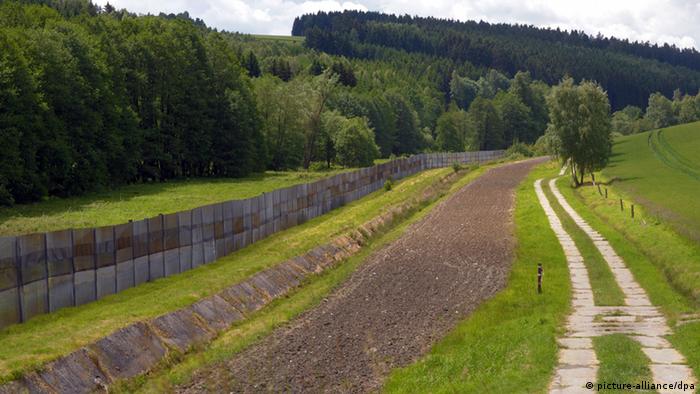 On August 13, 1961, the communist East German regime began building the Berlin Wall. The construction became the infamous symbol of a divided Germany, but the border between the two countries received less public attention, despite also being heavily guarded from an even earlier point in time.

Politically, Germany had been split since 1949. Four years after the end of the Second World War, the Federal Republic of Germany was created in the west, and the geographically smaller German Democratic Republic (GDR) - commonly known as East Germany - was established on the other side. Despite its name, the GDR was a communist dictatorship that severely limited its citizens' political freedom and regularly punished dissidents.

Politically and economically, West Germany was more successful than its neighbor from the start. Many East Germans started crossing over to the other side in the early days of the two countries. This exodus prompted the GDR's ruling Socialist Unity Party of Germany (SED) to create a five-kilometer-wide (3.1-mile) restricted area along the demarcation line. The border stretched from the Baltic Sea to the Vogtland region in Saxony and was nearly 1,400 kilometers long. Anyone who entered this zone risked being arrested or shot. 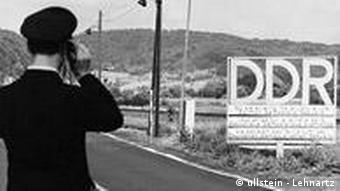 The border between East and West Germany was heavily patrolled

The SED-Staat research group at the Free University of Berlin is currently attempting to estimate the total number of people killed while attempting to cross the inner-German border before it opened in 1989. Although such statistics have been available for a long time, they originate from different institutions and have been subject to dispute. The new research project is financed by the German government and by the governments of the German states the former border ran through.

The Central Information Office for Governmental Crime (ZERV), which was founded after reunification in 1990, estimated the total number of German-German border casualties after 1961 to be 248 - excluding those who attempted escape in and around Berlin or via the Baltic Sea. That number, however, is regarded as low by estimates made by other groups.

The individuals behind the figures

According to Germany's minister for culture and media, Bernd Neumann, the project's focus is the people behind the statistics. Research into individuals' stories will give the victims names and faces, thereby restoring their dignity.

"Their biographies will remind us how the people of Germany were affected by the brutal SED dictatorship and the inhumane border regime," said Neumann at a presentation on the project at the Berlin Wall Memorial.

The research should be finalized by 2015, producing a book of short biographies of the victims. It is based on the research into the victims of the Berlin Wall, which has largely been completed. The Berlin Wall Memorial includes the "Window of Remembrance" with names and photos of the dead, located in the middle of the former border zone.

The SED-Staat project has been funded with 500,000 euros ($615,000). Three-quarters of this budget were provided by the federal minister for culture and media, and the rest by the states of Saxony-Anhalt, Hesse and Lower Saxony. Saxony-Anhalt's minister for education, Stephan Dorgerloh, said he would have liked to see all states that were intersected by the border contribute to the project - however, he is glad that 22 years after German reunification the victims of the border zone are commemorated in a similar way to the more publicized victims of the Berlin Wall.

Dorgerloh said he believes that while the Berlin Wall still symbolizes the division of Germany, it is now time to shift the spotlight to the inner-German border, which was "hermetically sealed long before the Berlin Wall was built."

In the time preceding the Wall, the residents of Berlin still enjoyed relative freedom of movement, but the inner-German border was already fortified with barbed wire and guard posts. As the years went on, crossing it only became harder. Border guards were ordered to shoot anyone attempting to cross, but those who went unnoticed still risked being killed by the many mines planted within the zone. 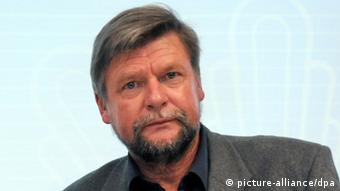 Schroeder grew up near the inner German border

Despite all this, the number of attempted escapes remained high. Project head Klaus Schroeder from the Free University of Berlin has found out from the documents of the East German secret police (Stasi) that between 1974 and 1979 there were nearly 5,000 people who attempted to cross the inner-German border. Of these, 229 successfully made it to the other side. Nearly 100 set off mines or spring-guns. The majority were arrested. According to Schroeder, the files contain no information about the fates of those whose attempts failed.

For Schroeder, finding information about the border victims is not only of academic but also of personal importance. He grew up in Travemünde in northern West Germany, within eyeshot of the border. He witnessed the fortification of the restricted zone, preventing East German citizens from fleeing via the beach and the Baltic Sea. His first unpleasant experience was finding a human corpse washed ashore, which "we as children simply couldn't comprehend."

But for many people who did not experience the division of Germany - especially the younger generation - the topic is no more than a chapter in a history textbook. This is why the research project, which is also to be published on the Internet, aims to make the story of the inner German border more accessible and more real - a sensitive account of human tragedy.

Putting a price on freedom

During the Cold War, the West German government bought the freedom of East German political prisoners. For the West, the motive was humanitarian, for the East, economic. (11.08.2012)

Checkpoint Charlie in Berlin is a tourist magnet throughout the year. But some left-wing politicians, backed by the city government, are saying the border crossing depicts only one side of history - the West's. (08.08.2012)

Protesting with skirts in East Germany

Sewing your own clothes in communist East Germany was a subtle act of resistance against the regime. Those who paid attention to fashion read the magazine Sybille - the Vogue of the East - which became a legend. (28.06.2012)

51 years on, Berlin remembers the Wall