Refugees are treated like criminals in Bulgaria | Europe| News and current affairs from around the continent | DW | 25.06.2012

Refugees landing in Bulgaria regularly spend their first days there in detainment camps. This is a clear breach of EU law by a country that hopes to join Europe's passport-free Schengen area soon. 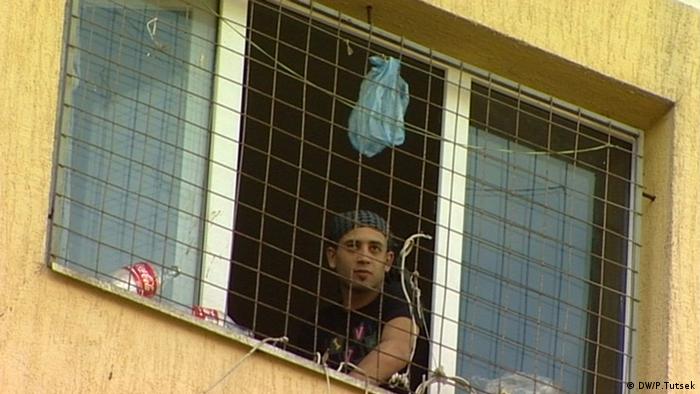 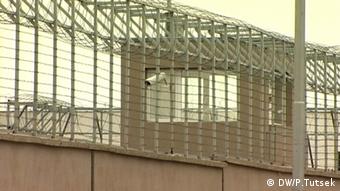 Lyubimets detention center was financed by the European Union

In a hostel for asylum seekers in Sofia, migrants from the Middle East, Africa, and other regions wait until their asylum applications are processed. There are 400 people here at present. They're the lucky ones – not everybody makes it to Sofia. Many are stopped close to the border and put in detention centers. "I would be very happy if I could go to Sofia tomorrow", says Iraqi refugee Mohamed Bonsar, "I haven't spoken to my mother, brother or my sister for a month. We can't even use the phone here."

Some detention centers in Bulgaria are like prisons. The detention center in Lyubimets close to the Turkish border opened a year ago. A sign on the outside concrete wall reads that "the special home for accommodation of foreigners in Lyubimets" was financed by the European Union.

Border police lock up new arrivals, because they say the migrants crossed the border illegally. They are only released and allowed to go to Sofia once they've filled out an asylum application. But the procedure is complex. Very few manage to complete the application forms without help from migrant associations. 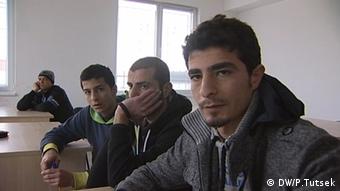 Bulgaria is rejecting more and more people after a rise in new arrivals fueled by the conflict in Syria. Ahmed Fadel was a soldier in Syria and says he decided to leave the Syrian army because he didn't want to be deployed against his own people. “My conscience would not allow me to shoot at innocent civilians. That's why I'm here.” Leaving Syria was a question of survival for him, he adds, because at home he was sentenced to death as a deserter.

Instead of the freedom they had hoped for, however, many migrants arriving in Bulgaria are disappointed. Tahareshk Alfhad from Iraq says he feels locked up because the refugees aren't allowed any contact to the outside world. "I've been here for five months and I still have no idea what's going to happen to me”, he says. "I'm suffocating here." He often wonders why the Bulgarian authorities are treating the refugees like this, he adds. 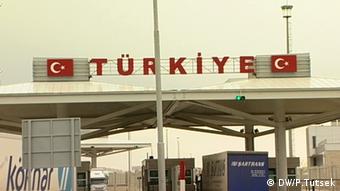 Most migrants crossing into Bulgaria do so from Turkey

There's no privacy in Lyubimez. There are cameras installed all over the brand-new detention center that make it possible to keep the inmates under constant observation. And the director of the detention center would prefer it if the migrants left Bulgaria as soon as possible. They may cross the border illegally to apply for asylum in Bulgaria, Krasimir Ivanov says, but "they don't really want to stay here. They want to go on to Western Europe." Others, he adds, will simply go back to their home countries because they're discouraged by their experiences in Bulgaria.

As an EU member Bulgaria is required to offer a humane asylum process, says Iliana Savova from the Bulgarian Helsinki Committee for Human Rights. Holding asylum seekers in prison is against the law, she says. "The authorities justify it by saying there isn't enough room in refugee camps. But that's just not true." In reality, Savova adds, the Bulgarian "authorities are trying to deter asylum seekers".

That's against EU policy which states that the first member state migrants arrive in is responsible for them. So the police try to prevent them from crossing the border. Most migrants crossing into Bulgaria do so from Turkey. Petar Velciov from the Bulgarian Border Police patrols the Turkish border region by car and says he regularly arrests refugees who cross the border illegally. "I don't know where they come from. But they come all the time." Just the day before, he adds, he "caught three of them." 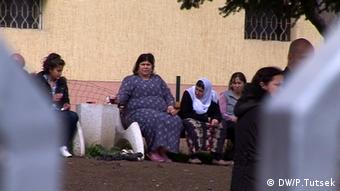 Many refugees say they don't feel welcome in Bulgaria

The authorities in Sofia say they aren't responsible for the situation. "I have no idea what happens to the refugees at the border, and I don't know where they're kept", says Nikola Kazakov from the Bulgarian Immigration Department, adding that he thinks "that's the job of the border police."

Such statements add to a general feeling among refugees who come into the EU via Bulgaria that they aren't welcome. Even those who have made it to the hostel in Sofia, where they are not in prison, say that they want to continue traveling west in the search for a life in dignity.

EU interior ministers have decided that they have the final say on whether to impose emergency border controls within the EU's border-free area. Neither the EU commission nor the EU parliament is happy about it. (08.06.2012)

The UN High Commissioner for Refugees has registered a record number of people leaving their homes in the wake of conflicts and unrest. UNHCR spokesperson Melissa Fleming says the burdens are not evenly divided. (20.06.2012)