Refugee Council calls on Canberra to release ′all children from detention′ | Asia| An in-depth look at news from across the continent | DW | 22.08.2014 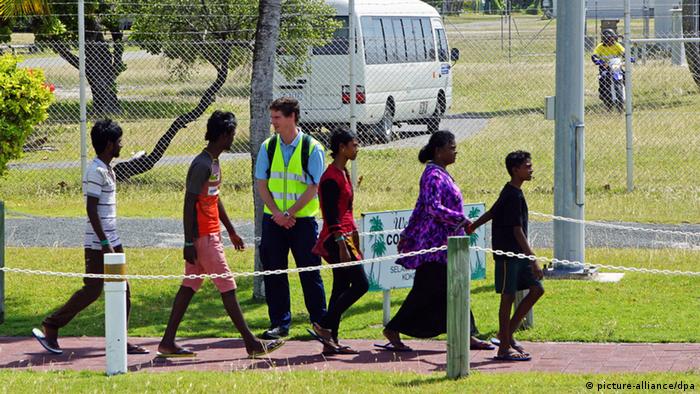 Australia's Immigration Minister Scott Morrison defended his government's tough policy on asylum seekers. Giving evidence to an Australian Human Rights Commission (HRC) inquiry into the well-being of children in immigration detention centers on August 22, Morrison said that measures including detaining asylum seeker children in camps and the denial of permanent visas were "effective" in deterring others from boarding boats destined for the country's shores.

The move comes as the minister announced he expected to release some 150 children under the age of 10 from mainland detention centers, as well as a "large number" of the 1,547 in community detention in Australia. But children held in offshore facilities on Christmas Island and Nauru, who arrived after July 19, 2013 are excluded under Canberra's tough immigration policy.

In a DW interview Paul Power, CEO of the Refugee Council of Australia, talks about how prolonged indefinite detention has a detrimental impact on children's health and well-being and calls on Canberra to release all minors held in immigration detention, regardless of where they are detained or when they arrived in Australia.

DW: The Australian government said it would grant freedom to around 150 children under the age of 10 currently held in mainland detention centers. They would be given access to schools, healthcare, orientation and English-language programs. What do you make of this move?

Paul Power: We welcome any move to release children from closed detention into alternative community-based arrangements. However, we don't think the government has gone far enough. There are hundreds more children in closed detention centers, many of whom have already been detained for many months, who won't be released under this new policy. We are calling on the government to release all children from immigration detention, regardless of where they are detained or when they arrived in Australia. 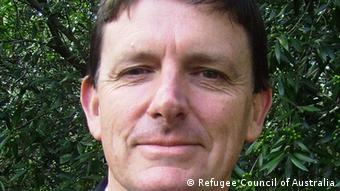 What does Canberra mean by "granting freedom" and what would happen if the asylum applications of the parents are rejected?

People who are released on bridging visas are allowed to move freely around Australia, provided that they notify the Department of Immigration if they change their address. They will not, however, have the right to work and their access to support services will be limited. If their parents' asylum applications are rejected, they would be expected to leave Australia along with their families.

The program only applies to children currently in community detention or in mainland detention centers who arrived in Australia before July 19, 2013. What is the plan for those who have arrived after this date?

The government has pledged that any asylum seeker who arrived in Australia by boat after 19 July 2013 will be transferred to an offshore detention center to have their claims processed. If they are found to be in need of protection, they will be settled in a country other than Australia. At the moment, the government is exploring options for settling refugees in Papua New Guinea and Cambodia.

Until recently, refugees were also being resettled out of Cambodia for the same reason. Furthermore, Cambodia has committed some of the most blatant breaches of the Refugee Convention in Asia, forcibly returning refugees to situations where they were at risk of serious persecution.

The PM wants to ban permanent visas for anyone who arrives in Australia by boat. What are the implications of this move?

After returning a boat full of asylum seekers to Sri Lanka, where they face imprisonment, Canberra has come under growing criticism for a practice Amnesty International's Graeme McGregor describes as act of refoulement. (15.07.2014)

The previous Temporary Protection Visa (TPV) policy, in place between 1999 and 2007, was shown to have a decidedly harmful impact on refugees and placed a heavy burden on the community groups and services trying to support them. The TPV holders did not have access to the full range of services they needed to successfully settle in Australia, preventing refugees from actively participating in the Australian community and condemning them to a life of dependence.

They were also ineligible for family reunions and could not visit family members overseas without losing their visas. The combination of marginalization, family separation and the uncertainty of living on a temporary visa had a serious negative impact on the mental health and well-being of TPV holders. Should the TPV policy be reintroduced, we are likely to see the same negative consequences emerge once more.

Moreover, despite the government's claims that TPVs act as a deterrent, there is evidence that suggests TPVs actually encouraged some asylum seekers to travel to Australia by boat. Because TPV holders could not apply for family reunion, some of their family members facing persecution overseas – the majority of whom were women and children – had no other means to reunite with their family members in Australia than to make the same dangerous journey by boat. Tragically, some lost their lives in the process.

There are reports about children suffering from grave psychological problems due to their situation. Doesn't Australia have legal responsibility for these children?

It is irrefutable that holding children in prolonged indefinite detention has a detrimental impact on their health and well-being. The Australian Human Rights Commission has received a wealth of evidence documenting the serious negative effects of prolonged detention on children, including developmental delays, serious mental health problems - such as depression, anxiety and post-traumatic stress disorder - and the erosion of trust in others. These impacts can also compound the effects of, and hamper recovery from, pre-arrival experiences of trauma. 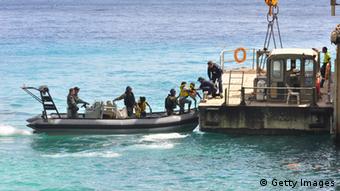 It is irrefutable that holding children in prolonged indefinite detention has a detrimental impact on their health and well-being, says Power

Australia has a responsibility under the Convention on the Rights of the Child to safeguard the rights and well-being of all children under its jurisdiction. Holding children in arbitrary indefinite detention, particularly when the negative impacts on their health and wellbeing are so clear, unquestionably breaches this Convention.

The Minister for Immigration also has a personal responsibility to protect the well-being of unaccompanied minors, as he is the legal guardian of children under the age of 18 who arrive in Australia without a parent or caregiver.

There is a clear conflict of interest between the Minister's role as guardian of these children and his decision-making role in relation to visas, detention and offshore processing. It is impossible for the Minister to act in the best interests of a child while he is implementing a policy which requires unaccompanied children to be held in detention under harsh conditions for months on end.

Minister Morrison has claimed that his decision to release 150 children from mainland detention centers will also result in a reduction of cost to the taxpayer. What do you make of this statement?

The Refugee Council has long argued that community-based alternatives are a far more cost-effective option than closed detention. However, we have also argued that it is the human costs of closed detention which are the most egregious. We urge the Minister to consider not only the financial benefits of making greater use of community alternatives, but also the benefits in terms of protecting the rights and well-being of people seeking our protection.

Paul Power is Chief Executive Officer of the Refugee Council of Australia.