Reformist victory surprises observers in Iran | World| Breaking news and perspectives from around the globe | DW | 16.06.2013

A bombshell in the Iranian election: moderate cleric Hasan Rowhani won by an unexpectedly wide margin. Many Iranians are now hoping for reform - but Rowhani's room for maneuver is limited. 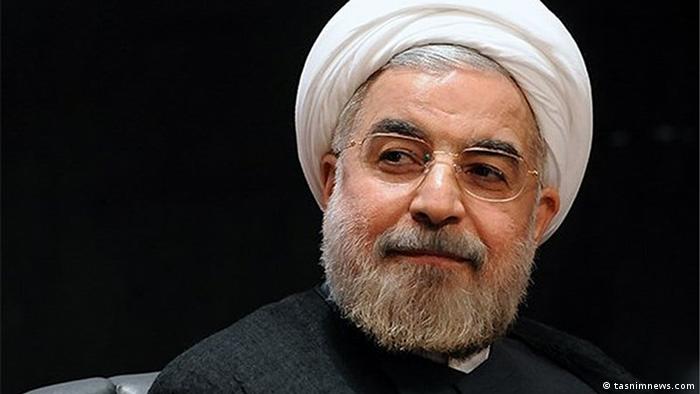 Cheers broke out on the streets of Tehran early Saturday evening (15.06.2013), when the election commission announced the result of Iran's presidential poll. Tens of thousands of Hasan Rowhani's supporters streamed onto the streets to celebrate his victory. No one had expected such a clear win for the moderate cleric in the first round of voting.

There had been signs in recent days that Rowhani could play a serious role in the election. The country's former chief nuclear negotiator had been gaining in the opinion polls, and many thought he had a good chance of making it to a potential run-off. But a first-round absolute majority seemed far from likely, either for him or for the five significantly more conservative candidates in the field. 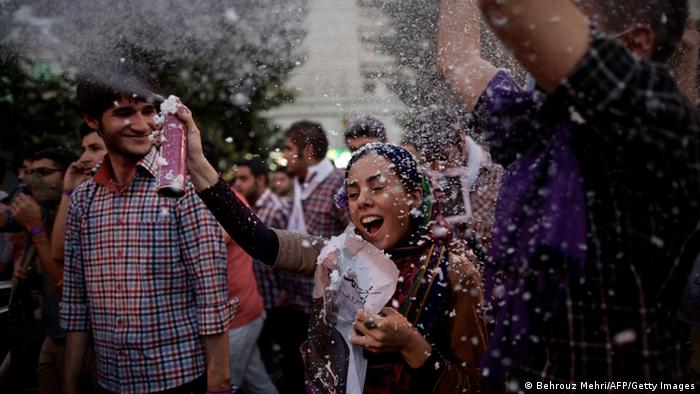 Rowhani's victory was celebrated in the streets of Tehran

"It is not conceivable that the authorities would tolerate an absolute majority for Rowhani," Tehran journalist Morteza Kazemian had said ahead of the vote. This makes Rowhani's landslide of 51-percent all the more surprising. All of Rowhani's political rivals in the conservative camp were left languishing at well under 20-percent. "Today reminds me of the first victory of Mohammad Khatami in 1997, when people wanted to use their vote for force change," Tehran political scientist Sadegh Zibakalam told DW.

Political analysts had expected a much closer result. For a long time, Tehran mayor Mohammad Bagher Ghalibaf and the current chief nuclear negotiator Saeed Jalili were considered the most likely conservative candidates. Ali Akbar Velayati, advisor to Supreme Leader Ayatollah Khamenei, was also considered to be in with a good chance.

The result of the election could well cause consternation for those in the conservative camp. They spent several months trying to avoid a split by searching for a single candidate to rally behind, and so raise the chances of a victory for conservative forces around Khamenei. But the search was officially abandoned recently when they couldn't come to an agreement. The weak showing of the two arch-conservatives, Jalili and Velayati, who analysts had identified as Khamenei's favorites before the election, came as a particular surprise. 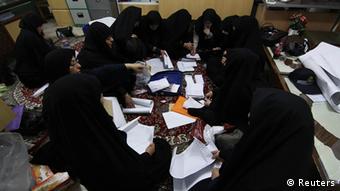 But the atmosphere in the reformist camp was very different as the results were announced. Four years after the birth and suppression of the so-called opposition "Green Movement," led by beaten presidential candidates Mir Hossein Mousavi and Mohammad Karoubi, the reformers apparently achieved a coup on Saturday.

Rowhani is not considered a reformist in the traditional sense, but as the only moderate candidate left in the race, he enjoyed the support of the most important organizations in the reform camp as well as two ex-presidents: Khatami and Akbar Hashemi Rafsanjani.

During the campaign, Rowhani said he would focus more on diplomacy with the West, with the hope of easing the international sanctions against Iran. This, he said, would help improve the desperate economic situation in the country. He has experience in this sphere, having served as chief nuclear negotiator during Khatami's last tenure, when the West managed to negotiate a halt to Iran's uranium enrichment program. 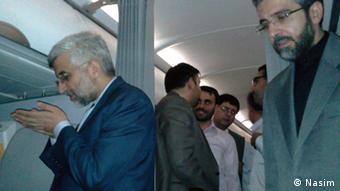 Jalili's poor showing in the polls surprised many

In the months leading up to the election, few experts predicted success for the reformists. Their voters seemed far too demoralized after the violent suppression of the Green Movement in 2009. On social networks, many Iranians declared that they intended to boycott the election, because taking part would amount to a betrayal of political prisoners still left in Iran's jails. Khatami's withdrawal and the disqualification of Rafsanjani seemed to further reduce the chances of reformist success.

Few thought that Rowhani would be able to mobilize enough disenchanted reformist voters, which makes his victory all the more surprising. "The voters recognized that they would not be able to change anything by boycotting the election," said Zibakalam. "The calls to vote for Rowhani from Rafsanjani, Khatami, and a few imprisoned reformers also played their part."

Whether Rowhani can use his mandate to keep his election promises remains to be seen. Zibakalam cautioned against harboring unrealistic expectations. "We shouldn't have any illusions," he said. "The centers of power are still in the hands of the conservatives. It won't be easy to realize the aims of the reformers, though it's by no means impossible."

In 2009, the ‘Green Movement’ harnessed social media as a tool for political change. Today, Iranian bloggers continue the trend, debating whether this was the right election for them to cast their vote. (15.06.2013)

Tensions persist ahead of Iran election

As the polls are about to open in Iran, the reformist presidential candidate Hassan Rohani is believed to have a good chance of making it to the run-off. It's less clear who will represent the conservatives. (13.06.2013)

Beyond the veil - DW's in-depth look at the Iranian election