Red Bull already own football clubs in Germany, Austria, the USA and Brazil, and Denmark seems to be next. Top flight club Brondby are reportedly a target for the energy drink company and, as usual, controversy reigns. 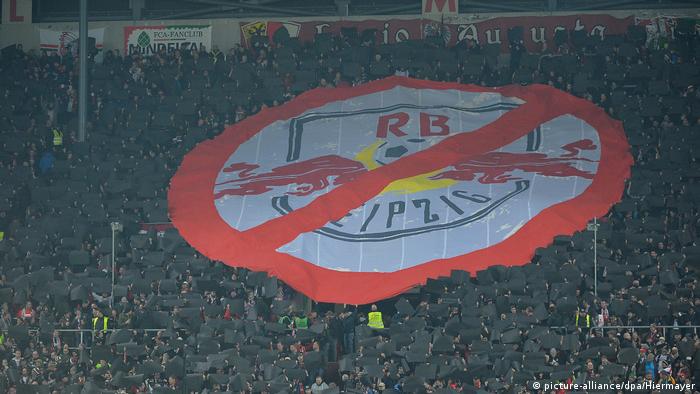 Before those two, the club had also turned New York MetroStars in to New York Red Bulls and kept very much on brand with the formation of Sao Paulo's Red Bull Brasil. Next up, reportedly, is Red Bull Brondby or perhaps Brondby Red Bulls.

The Austrian company, who also invest heavily in extreme sports promotion and own a Formula One team, are reportedly looking at the Danish Superliga club as their next investment. The 10-time Danish champions are based on the western fringes of Copenhagen and were the first club from the country to reach a European semifinal but they haven't won a league title since 2005. 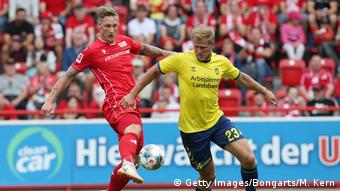 Despite that, and Red Bull's track record of footballing success driven by a commitment to youth, a shared pool of coaching and playing talent and financial backing, Danish media reports state that many of the club's fan groups are united in their opposition to a potential takeover.

“Red Bull stands for everything we despise and all we have fought to not become. If Red Bull gets involved with Brondby IF, we will not be able to identify with the club as active fans any longer,” reads a statement published by the Copenhagen Post from an online fan site.

“In Salzburg and Leipzig we can see how the Austrian money men have transformed real football clubs into pure business. They have changed logos, colours, stadium names … everything! We will never let that happen to our club.”

Red Bull have faced similar opposition in Germany in particular, with fan groups across the country opposed to their perceived circumvention of the country's 50+1 ownership rules, designed to give a club's paying members ultimate control of the clubs, as well as the notion that commercial interests are coming to dominate football.

After Borussia Mönchengladbach lost to Wolfsburg, the Bundesliga has a new leader: RB Leipzig. The team is there on merit, but the rise of the Red Bull franchise deserves scrutiny, not celebration, says DW's Matt Ford. (15.12.2019)

The Bundesliga side is promoting diversity ahead of the Saxony elections. But its previous approach towards fans who publicly oppose discrimination, as well as the views held by Red Bull’s CEO, raise questions. (30.08.2019)