Supporters of newly-promoted Bundesliga side Paderborn have threatened to take drastic action at games next season if a planned cooperation with RB Leipzig goes ahead. The club insists the deal is nothing to worry about. 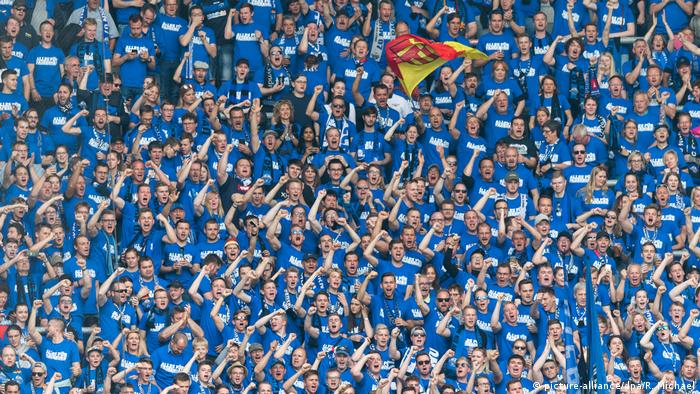 Over the past five years, SC Paderborn fans have accompanied their team from the Bundesliga to division three and back again, but some are now threatening to boycott the next part of the rollercoaster journey after their club announced a controversial cooperation with RB Leipzig.

On Tuesday, the freshly-promoted Bundesliga club from north-western Germany announced that sporting director Markus Krösche would be joining the Saxony-based outfit and that, as part of the deal, the two clubs had agreed an "extensive [and] long-term cooperation with the aim of supporting each other and getting the best out of each club's sporting potential."

Neither side has provided details as to what exactly the cooperation will entail but the deal with the unpopular Red Bull franchise has not gone down well with Paderborn's hardcore supporters who have threatened to boycott their team's matches next season should the plans go ahead.

"We demand that the club management refrain immediately from entering into the planned cooperation with the construct which is RB Leipzig," read a statement published on Wednesday, bemoaning the "loss of the soul and identity" of their club.

"Our SCP has always been a democratic, member-led club," the statement continued. "A partnership with a construct which tramples all over such values must not be entered into. It's absolutely unacceptable for us that a decision which will change the very nature of our club forever has been made without consulting fans and members."

Banners appeared near SC Paderborn's Benteler-Arena and on a motorway bridge reading "Cooperation with RB? Not with us!" while Paderborn blogger and podcaster schwarzundblau ("black and blue") took to Twitter to list further concerns about the deal, including: "distortion of the competition, lack of fees for loan transfers, lack of transparency, fans being ignored, risk to reputation, animosity towards fans and potential alienation of local sponsors." 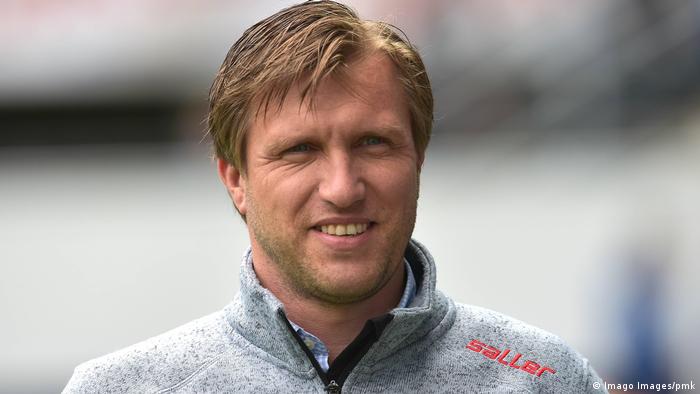 Markus Krösche made a record 354 appearances for Paderborn as a player before becoming sporting director. Now he has moved to RB Leipzig as part of a controversial cooperation.

RB Leipzig were created in 2009 when Austrian energy drink manufacturer Red Bull expanded their global family of football clubs into Germany. The club's rise has been accompanied by intense protests from supporters across Germany who consider the newcomers to represent the embodiment of the creeping commercialization of the sport.

The club's intrinsic connections to both Red Bull and other clubs within the Red Bull group, particularly Austrian champions Red Bull Salzburg, have also attracted criticism and accusations of distortion of the competition, with 22 players moving between the two clubs since 2012.

In April this year, Red Bull also took over Brazilian second-division side CA Bragantino while former New York Red Bulls coach Jesse March will take over as Red Bull Salzburg coach next season, following a spell as assistant coach at RB Leipzig. And earlier this week, it was announced that former RB Leipzig coach and sporting director Ralf Rangnick would be leaving the club to take over as "Head of Sport and Development Soccer" at Red Bull.

A similar position, "Head of Global Soccer," was previously occupied by current RB Leipzig CEO Oliver Mintzlaff, who left the role in 2017, one of several personnel adjustments which UEFA deemed to be sufficient proof that RB Leipzig and RB Salzburg were independent entities when both qualified for European competition. In 2018, the two sides were drawn together in the same Europa League group and next season both will feature in the Champions League. Now, after pipping Hamburg and Union Berlin to automatic promotion to the Bundesliga, Paderborn fans are worried that their club could become part of the web. "We believe that a cooperation with a league rival endangers the fairness of the competition and the media are already calling us a 'Leipzig branch' or a 'farm team' - and rightly so," they said.

"We have never had stars on the pitch or lots of money. We have earned our success together with passion and emotion. We don't want to be yet another part of the sick player carousel of RB clubs, nor a marketing instrument for a fizzy drink."

Later on Wednesday, Paderborn released another statement with further information about the planned cooperation, which the clubs says is focussed on an exchange of ideas regarding training and coaching developments.

"This should lead to a transfer of know-how in both directions which should ultimately help both clubs," read the statement, adding that the possibility of loan deals for players had also been discussed but that this is not a priority. Paderborn also insisted that exchanges of expertise between Bundesliga clubs are "completely normal" and that "the integrity of the competition is not damaged in any way."

Head coach Steffen Baumgart attempted to reassure Paderborn fans, "We are not going to become a branch, franchise or off-shoot of RB Leipzig," he told local paper Westfalen-Blatt. "We will remain independent and keep our own identity. We might loan players in order to achieve our goals but we've done that with other clubs in the past as well."

Speaking in Thursday's edition of football magazine kicker however, Alexander Wehrle, CEO of fellow promoted club FC Cologne, expressed doubts. "We're talking about two clubs in the same league, so I am quite surprised and it should be double-checked," he said. "What will happen if, on the final day of the season, one of the clubs has nothing else to play for but the other needs a point and both play each other?"