An "unprecedented" ozone depletion in the northern hemisphere has healed, but unlikely due to the impacts of worldwide coronavirus lockdowns, scientists say. The hole had been about three times the size of Greenland. 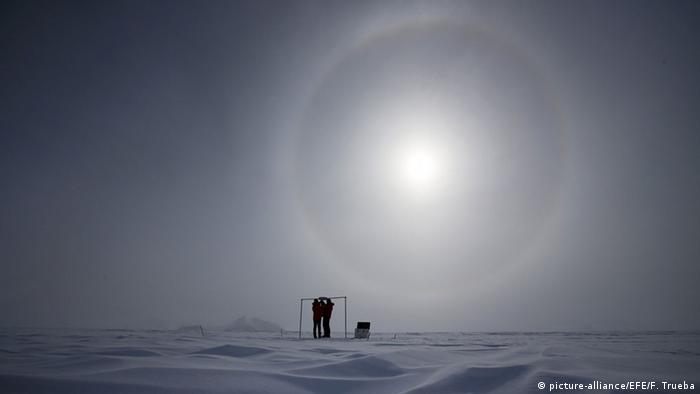 A "record-level" ozone hole over the Arctic – the biggest since 2011 –  has now closed, the UN World Meteorological Organization (WMO) said on Friday.

The phenomenon was driven by ozone-depleting substances still in the atmosphere and a very cold winter in the stratosphere — the layer of the earth's atmosphere that lies between 10 and 50 kilometers (six to 31 miles)  above the earth — Reuters cited WMO spokeswoman Clare Nullis saying at a UN briefing in Geneva. 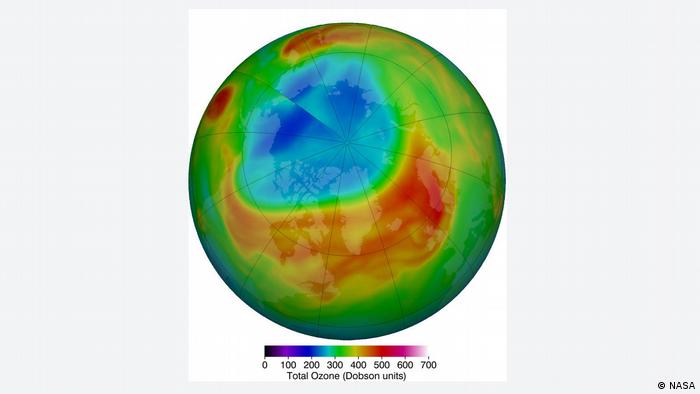 "These two factors combined to give a very high level of depletion which was worse than the one we saw in 2011. It's now back to normal again ... the ozone hole has closed," she said.

Despite coronavirus lockdowns resulting in a significant reduction in air pollution, Nullies said the occurrence of the hole healing "was completely unrelated to COVID."

CAMS also announced that the phenomenon probably had nothing to do with the pandemic.

"Actually, COVID19 and the associated lockdowns probably had nothing to do with this," CAMS tweeted. "It's been driven by an unusually strong and long-lived polar vortex, and isn't related to air quality changes."

Ten times the size of Greenland

A German scientist had detected the depletion only a month ago in what he said was the biggest hole in the ozone layer above the North Pole.

"In the areas where the thickness of the ozone layer is at its maximum, the loss is around 90%," the German press agency dpa quoted Markus Rex — head of the department for atmospheric physics at the German Alfred-Wegener Institute — in March. It's equivalent to an area three times the size of Greenland.

Read more: What happened to the ozone layer?

In total, an area of 20 million square kilometres, or 10 times the size of Greenland, is affected, even though the loss of ozone is sometimes lower.

Scientists from the European Space Agency (ESA) said that they had predicted the hole to heal as temperatures increased, breaking down the Arctic polar vortex and allowing ozone-depleted air to combine with ozone-rich air from lower altitudes.

According to recent data from the National Aeronautics and Space Administration (NASA), ozone levels above the Arctic reached a record low in March.

The discovery of an ozone hole above Antarctica in 1985 led to the approval of the Montreal Protocol two years later,in which 197 countries agreed to phase out chemicals like chlorofluorocarbons to protect the ozone from further damage and decrease the size of the hole.

In 2019, it reached its smallest extent in about 30 years.
Every evening at 1830 UTC, DW's editors send out a selection of the day's hard news and quality feature journalism. Sign up to receive it directly here.

Healing the ozone layer: A ray of hope for planet Earth?

After a decades-long ban on harmful ozone-depleting chemicals, the ozone layer is finally healing. Could this be a model for tackling other environmental problems like climate change? (12.11.2018)

Scientists say they have recorded the continent's first heat wave after a spike in temperatures in late January. Researchers expressed concern about the damage the phenomenon could have on flora and fauna. (31.03.2020)

Foam insulation factories in China are responsible for a mysterious increase in CFC production, according to a new study. The gases, which damage the Earth's ozone layer, were supposed to be phased out by 2010. (23.05.2019)