Readers get cold comfort at bottom of the world | Environment | All topics from climate change to conservation | DW | 01.12.2012

Antarctica is often described as a barren and frozen wasteland. But for the journalists working at The Antarctic Sun, it's an otherworldly adventure, an education in climate science and a newsroom. 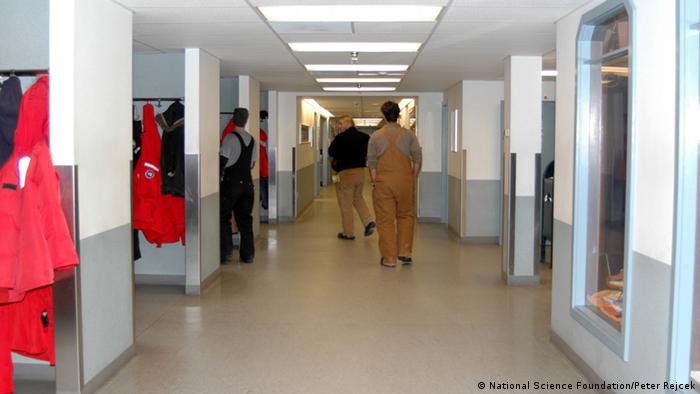 Antarctica is the coldest, driest and least hospitable place on Earth. There is no permanent population. Even a brief visit requires special permission - and weeks of preparation.

The continent is not exactly the ideal home for a newspaper. But don't tell that to Peter Rejcek.

"It's certainly not traditional [what I do]," he told DW. "Every austral summer I travel down to Antarctica. I've been pretty lucky." 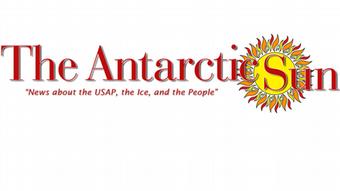 Rejcek is editor of The Antarctic Sun, the only newspaper in Antarctica. Run by the US Antarctic Program (USAP), the paper delivers news from the continent to both the scientists working there and those curious about the goings-on at the bottom of the world.

Known as "the southernmost newspaper in the world," the history of the Sun dates back to 1960, when US Navy radio personnel working at the McMurdo Research Station produced a newspaper called The McMurdo Sometimez. The name seemed to fit: since they produced the paper on a volunteer basis, "sometimes" they had an issue, and "sometimes" they didn't.

Over the years, a large cast of characters have contributed to The Antarctic Sun.

"It was incredibly exciting, and otherworldly," Emily Stone, a previous Sun staffer, told DW. "Not all the science down there is quite so straightforward or easy to understand, which makes it fun to write about."

Stone, who currently lives in Chicago, worked for the Sun for two summers from 2004-2005 and 2005-2006 after first spending time with a newspaper in the US state of Vermont. At the time, the Sun had three people on staff, with Stone serving as senior editor during her last summer on the continent. 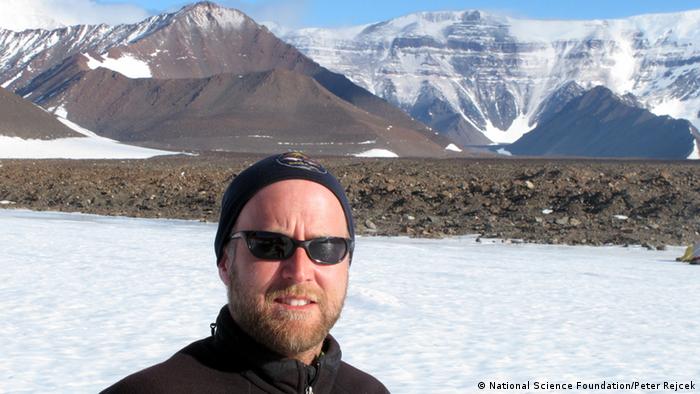 In addition to editing the Sun, Rejcek spent a year at the South Pole from 2003-2004 as a carpenter helper

In 1972, the paper became a daily and traded its "z" for an "s" and almost 400 six-page copies were produced every day, featuring three pages of world and national news and one page of sports. Later contracting into a weekly, there was also a feature page and comics, many of which were created by scientists in Antarctica ("on the ice" as USAP participants and employees call it).

"We handed out copies at Sunday morning brunch," recalled Stone. "Sunday was the only day off, since everybody worked six days a week. But the great bulk of our readers were back home - or back somewhere - and were reading online."

That holds true today, as the Sun - which adopted the current name during the 1997-1998 summer season - is now available exclusively in an online format.

"People are interested in everything [about Antarctica]," explained Rejcek. "From what people eat down there, to how they get around, and what it's like to live down there."

With Antarctica's population comprised almost entirely of scientists studying subjects as diverse as climate change and atomic theory, much of the Sun's focus is on environmental topics. For a continent often pigeonholed as being a frozen expanse of flat white snow and an unchanging sky, it boasts a surprising amount of diversity.

"There's a mountain range across McMurdo Sound form the station, and there's a part of that range called the Dry Valleys," explained Stone. "It's named that because there's not a lot of precipitation and large swathes of it are not covered in ice. It's a pretty unique place, home to a lot of research projects."

Yet, stereotypical as it may sound, Antarctica remains cold everywhere.

"When you step off the airplane, it is cold," Brien Barnett, who worked for the Sun from 2002 to 2004, told DW. "It hits you [when you arrive in Antarctica], and you realize it's just a completely different landscape than what you've ever seen before," he said. "It's a bit overwhelming for a few minutes." 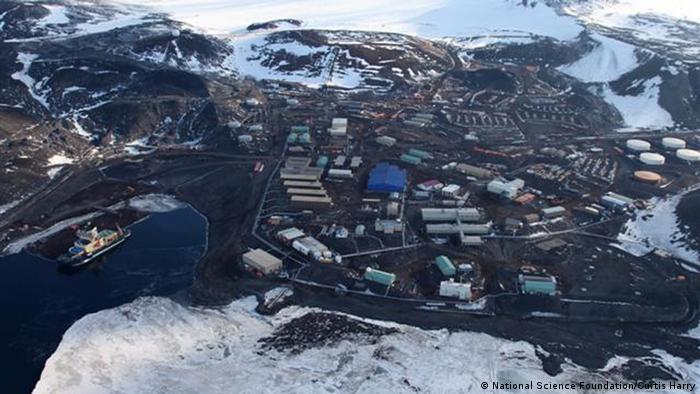 McMurdo Station is the largest community in Antarctica, able to support over 1,200 residents

But as cold as Antarctica may be, it is heating up.

While the effects of global warming in the Arctic have been well-documented, it's been harder to see the changes in Antarctica, said Rejcek. Part of that, he said, is the sheer size of the continent - roughly the same as the United States and Mexico combined. But the changes are occurring.

"The big thing there is that in the past 50 years, the ambient temperature has risen about 5 degrees Celsius," he said. "That's also affected sea ice, particularly on the Antarctic Peninsula. There's really no summer sea ice at all [now]. That's had a large impact, not just on the ice but also the organisms that are associated with it. It's a cascade effect." 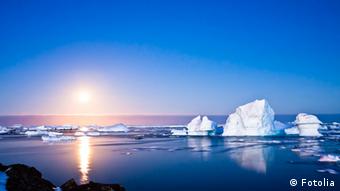 Data shows parts of Antarctica are melting due to global warming

The effects of climate change have been most notable along the Antarctic Peninsula, the northernmost part of the continent and where a large number of international research stations are located. A September report in the scientific journal Nature found that warming in peninsula during the past 50 years has led to the collapse of a number of large ice shelves breaking off and shrinking glaciers - a situation similar to what has been occurring in the Arctic.

"We are seeing a change, and it's been well-documented," said Rejcek.

"You heard a lot about it from scientists," he said. "The data really shows there has been a change taking place there, and that's concerning."

While Antarctica's continent-wide population dips into just triple digits during the winter months, its summertime population can swell to more than 4,000. A full quarter of those may be stationed at McMurdo.

"The summer population can get pretty large," admitted Rejcek.

Yet for all the humanity at the bottom of the world, Mother Nature is still front and center.

"Part of [being in Antarctica] is understanding how interconnected the entire globe is," said Stone. "Not just here to a hundred miles away if you've got smog [in the air], but here to tens of thousands of miles away if there's ozone issues or rising temperatures. There's so few places that are virtually untouched by human beings. I found it really special to be in a place that was like that."

Rejcek said it's that sense of interconnectedness which helps guide The Antarctic Sun's mission.

"I look at myself as more of an educator," he said. "It's the satisfaction that I'm making people aware of the research and the science out there and its importance to the world."

The number of chinstrap penguins on Deception Island in Antarctica has declined dramatically, as new counts show. Tourism is not to blame; researchers suggest it may simply be getting too warm on the island. (09.09.2012)