Reactions in Europe to the victory of anti-austerity party Syriza have suggested that Greece is on a "collision course" with the rest of the bloc. Eurozone finance ministers are to meet shortly. 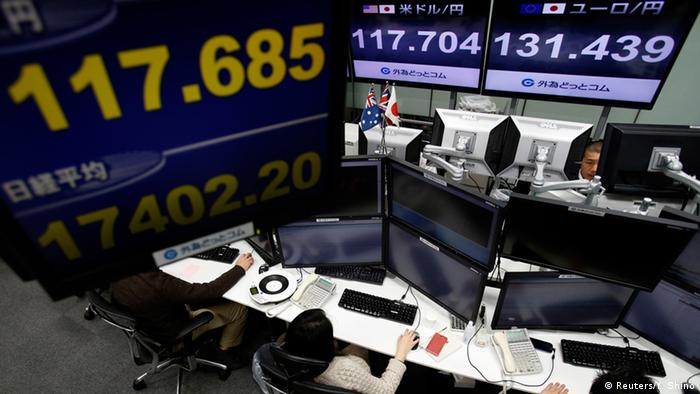 Syriza party leader Alexis Tsipras promised to end what he called Greece's "five years of humiliation and pain" after his election win.

Tsipras has promised to write off half of Greece's debt, but has said he was ready to negotiate "a viable solution." He also wants the country to stay in the eurozone.

The election result is expected to be one of the main issues at Monday's meeting of 19 eurozone finance ministers.

With 99.8 percent of the vote counted, Syriza had 149 seats in the 300-member parliament with 36.3 percent of the vote. The governing center-right New Democracy party came a distant second with 27.8 percent, and the extreme right Golden Dawn party in third place with 6.28 percent.

Tsipras expects to be sworn in as prime minister on Monday and have a government in place by Wednesday morning at the latest, according to a Syriza official.

In Asia trading on Monday, the euro hit an 11 year-low against the US dollar after initial results from Greece came out, as markets reacted to the prospect of a standoff within the EU. Having already nosedived late last week, following the European Central Bank's new quantative easing plans, the currency briefly slipped below $1.11 on Monday, before recovering slightly.

Speaking on German radio on Monday, European Parliament President Martin Schulz said he had already spoken with Tsipras on the telephone. Schulz said Greece could not expect far-reaching financial concessions from its European partners. He doubted that Greece would leave the Eurozone.

French President Francois Hollande congratulated Tsipras and expressed his "desire to pursue the close cooperation between our two countries in service of growth and the stability of the euro zone, in a spirit of progress, solidarity and responsibility that is at the heart of the European values we share."

Tsipras' victory made front page headlines on newspapers around Europe. Germany's Der Spiegel online edition said the result had made investors in Asia "nervous" but said that "Tsipras deserves his chance."

In France, the right-wing Le Figaro newspaper said the victory was a bolt of lightning for Europe and presented the bloc with a major challenge. Britain's Independent newspaper website said Syriza and the EU were on a "collision course."

Syriza's victory is expected to encourage other anti-austerity forces in Europe, which are calling for a move away from the focus on budget belt-tightening and structural reform favored by Berlin.

Those calls have come from movements such as Podemos in Spain but also from France's President Francois Hollande and Italian Prime Minister Matteo Renzi.

It is the first time in more than 40 years that neither the New Democracy party of Prime Minister Antonis Samaras nor the center-left PASOK, the two forces that had dominated Greek politics since the fall of a military junta in 1974, will be in power.

After his election victory on Sunday, Syriza's Alexis Tsipras has entered the most difficult phase of his political career. It won't be easy for the Greek Robin Hood, says DW's Spiros Moskovou. (26.01.2015)

Greek Prime Minister Kyriakos Mitsotakis said the secret service's wiretapping of an opposition leader was wrong but legal. He also refused to reveal its reasons.