RB Leipzig striker Timo Werner is out of Germany's final two World Cup qualifiers against Northern Ireland and Azebaijan as he continues to suffer from an unusual injury. But the noise in Istanbul was not a factor. 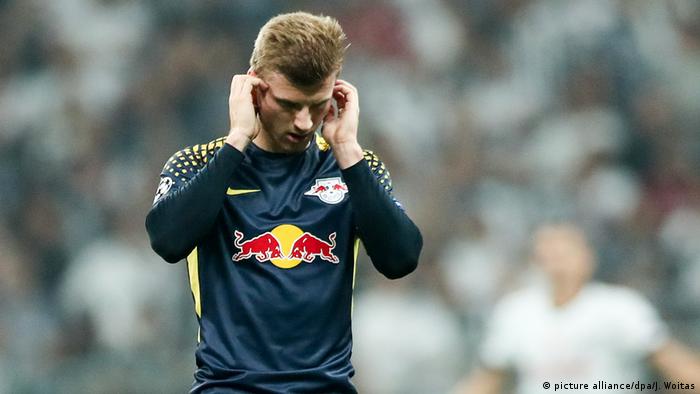 Werner, who has scored six goals in his first eight appearances for the national team, was substituted during RB Leipzig's 2-0 Champions League defeat away at Besiktas in Istanbul last Tuesday and wasn't in the squad for his team's Bundesliga trip to Cologne on Sunday.

Initial reports – mainly from outside Germany – suggested that the deafening noise levels in Istanbul had caused the problem and footage of Werner apparently holding his ears quickly attracted scorn on the internet.

Werner is not a popular player in the Bundesliga after diving to win a penalty against Schalke last season, although the fact that he plays for the unpopular Red Bull-backed franchise is arguably a bigger reason.

But according to the medical team at RB Leipzig, Werner's withdrawal in Istanbul and exclusion from their game at the weekend had nothing to do with noise levels but rather circulatory problems caused by a blockage of the muscles surrounding the vertebrae in his neck, as well as the jaw joint. 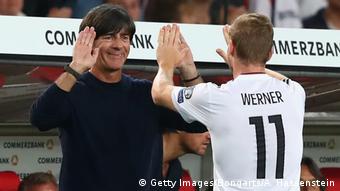 Werner has quickly become a key man for Jogi Löw

A more thorough diagnosis is set to follow but the blockage has caused Werner problems with swallowing, shortage of breath and dizziness – issues which re-emerged in training on Friday.

"There is no point letting him join up with the national team before we have a proper diagnosis," said RB Leipzig sporting director Ralf Rangnick on Sunday, "but of course we are concerned about him."

"We need to make sure that Timo is healthy again," added coach Ralph Hasenhüttl, also confirming that he has been in contact with national team coach Joachim Löw. "It's under control and he's being checked out. We don't know if he'll be able to join up with the national team but playing football is the last thing on his mind at the moment."

In Werner's absence, goals from Lukas Klostermann and Yussuf Poulsen saw RB secure a hard-fought 2-1 win over struggling Cologne and move up to fourth in the Bundesliga.

With Wolfsburg's Mario Gomez not yet ready to return and Hoffenheim's Sandro Wagner picking up an injury against Freiburg on Sunday, Löw's options in attack are limited.

Thomas Müller and Lars Stindl are all available but none provide the clinical finishing of a true number nine like Werner, while Mark Uth and Maximilian Philipp will have to wait until November after Löw, as usual, declined to call up a replacement striker.

Further back, Dortmund duo Mario Götze and Julian Weigl are still not ready to return to international duty despite making club comebacks recently, while captain Manuel Neuer, defender Jonas Hector and midfielders Sami Khedira and Mesut Özil will also miss the matches in Belfast and Kaiserslautern.